American Airlines won’t resume selling alcohol to coach passengers until they behave themselves, a top executive said Tuesday. Robert Isom, president of the world’s largest airline, said he hopes to eventually restore liquor service to the main cabin but offered no timeline. The service was initially suspended in June 2020 […]

Robert Isom, president of the world’s largest airline, said he hopes to eventually restore liquor service to the main cabin but offered no timeline. The service was initially suspended in June 2020 to limit the coronavirus’ spread and then extended because of passenger misbehavior.

American is the only full-service airline still banning alcohol sales to coach passengers. First-class and business-class customers on American flights are offered beer, wine and other spirits.

“We’ve had issues with passenger misconduct,” Isom told a virtual meeting of the Society for Advancing Business Editing and Writing, or SABEW. “My hope is we all take a step back and become a little bit more compassionate and understanding of each other.”

He continued, “I’m confident that [liquor sales] are something that we’ll be able to address as time goes forward.”

In August, American announced its alcohol ban would be extended until Jan. 18, the same day that the federal mask-wearing mandate is set to expire. For months, the airline has tied the resumption of liquor service to the mask mandate.

Airlines have reported about 3,900 incidents of unruly passengers this year, including the punching of flight attendants who oversee compliance with the mask mandate, according to the Federal Aviation Administration. The agency has levied a record $1 million in fines involving 34 travelers between January and May.

The latest LI business news in your inbox Monday through Friday.

Separately on Tuesday, Isom predicted domestic leisure travel will reach its 2019 pre-pandemic level next year. Business and international travel will take longer to recover, he said.

“There is so much pent up demand internationally that when borders do open up fully and people can travel, we’ll see robust demand just like we’re seeing from a leisure [travel] perspective,” Isom told the business journalists.

James T. Madore writes about Long Island business news including the economy, development, and the relationship between government and business. He previously served as Albany bureau chief.

Wed Oct 13 , 2021
GRAND RAPIDS, MI — At Portico, a fine-dining restaurant on the first floor of the Canopy by Hilton hotel in downtown Grand Rapids, staff want to provide patrons with more than just a good meal. The idea is to take them on a journey. “We don’t ever want one of […] 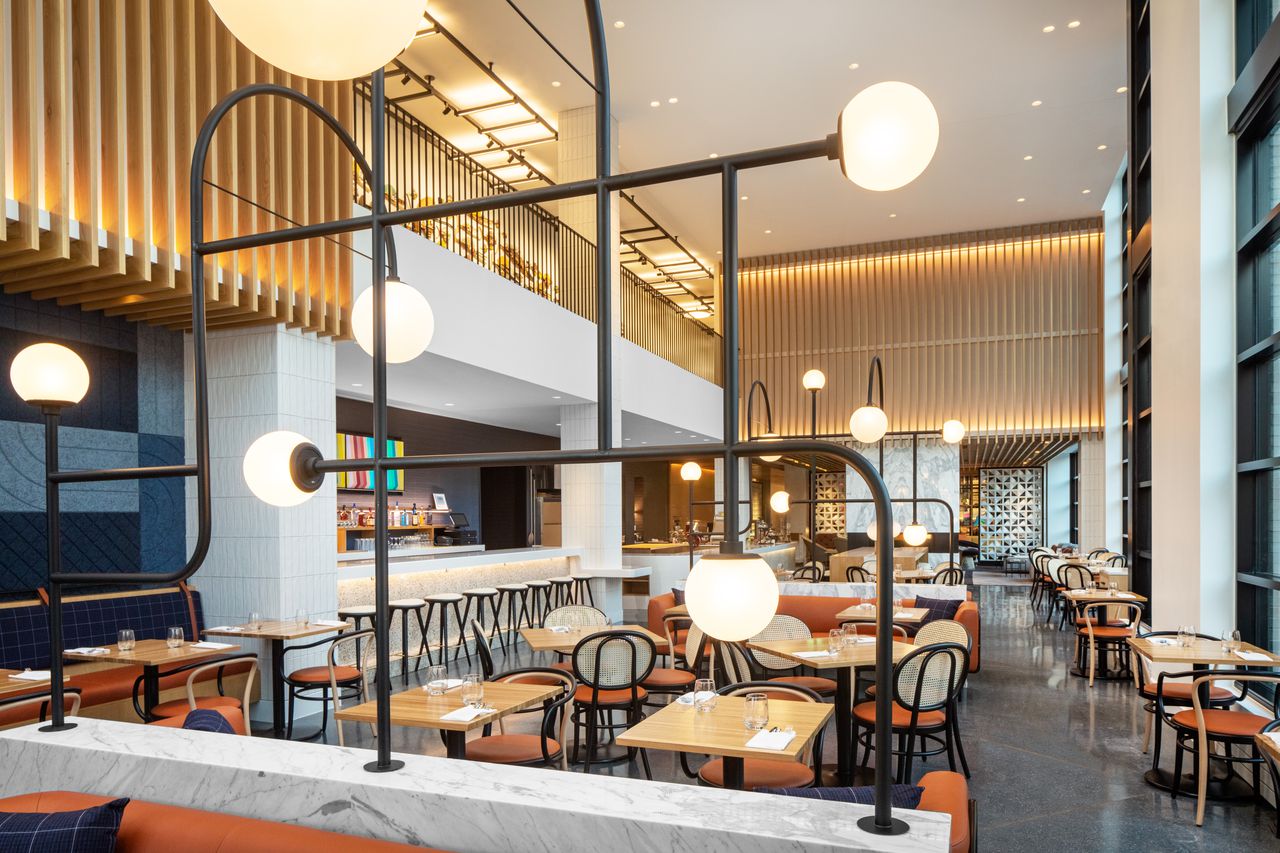