The Trade Milwaukee. Rendering: Gary Brink & Associates Inc. Dirt was ceremonially moved Friday to mark the start of construction for what will become the Deer District’s new nine-story hotel located directly north of Fiserv Forum. The Trade Milwaukee, planned as a boutique 205-room hotel, will be built at the […]

Dirt was ceremonially moved Friday to mark the start of construction for what will become the Deer District’s new nine-story hotel located directly north of Fiserv Forum.

The Trade Milwaukee, planned as a boutique 205-room hotel, will be built at the corner of Juneau and Vel R. Phillips avenues in downtown Milwaukee.

Andy Inman, vice president of development at project developer Madison-based North Central Group, traced the hotel’s origins back to a conversation with Milwaukee Bucks leaders two years ago. Shortly after, the COVID-19 pandemic shut down businesses across the country and upended the hospitality and sports sector.

Project leaders at the groundbreaking ceremony celebrated the start of construction as a testament to the team’s perseverance.

By building the hotel, the Bucks and NCG are predicting a rebound in the hospitality market by the time construction is expected to finish in early 2023.

The Trade will feature 205 tech-enabled guest rooms and suites, which will have a private elevator and hotel entrance, along with high ceilings for tall visitors, Inman said. The two-story VIP suite will have its own private access.

The hotel will also include more than 9,000 square feet of indoor and outdoor meeting and event space and two restaurants, including a signature concept on the southeast corner of the first floor, which will be “the place to be” on game nights, Inman said. A rooftop restaurant and lounge will include views of the city. Retail space will be located at the southwest corner of the first floor.

The project is expected to create 750 jobs during construction. When open, the hotel will employ about 150 people.

The Trade will be under the Marriott International Autograph Collection, a group of independently owned hotels known for upscale accommodations and designs. The name is an homage to the tradesmen who built the city of Milwaukee.

The Bucks have said the Marriott hotel would be the first of two hotel properties they’d like to develop in the Deer District. The other would likely take over a portion of the former Bradley Center site, south of Fiserv Forum.

“Throughout the playoffs, the world saw the Deer District become one of the most exciting places they’ve ever seen and we want to continue that. The Trade will help,” Bucks president Peter Feigin said.

Sat Sep 18 , 2021
Israelis are abandoning plans to travel to Europe in large numbers, amid fears that they could find themselves barred from entry or suddenly required to quarantine upon return home. Travel agents report many people changing plans and deciding to staycation over the Jewish holidays, after decisions two weeks ago by […] 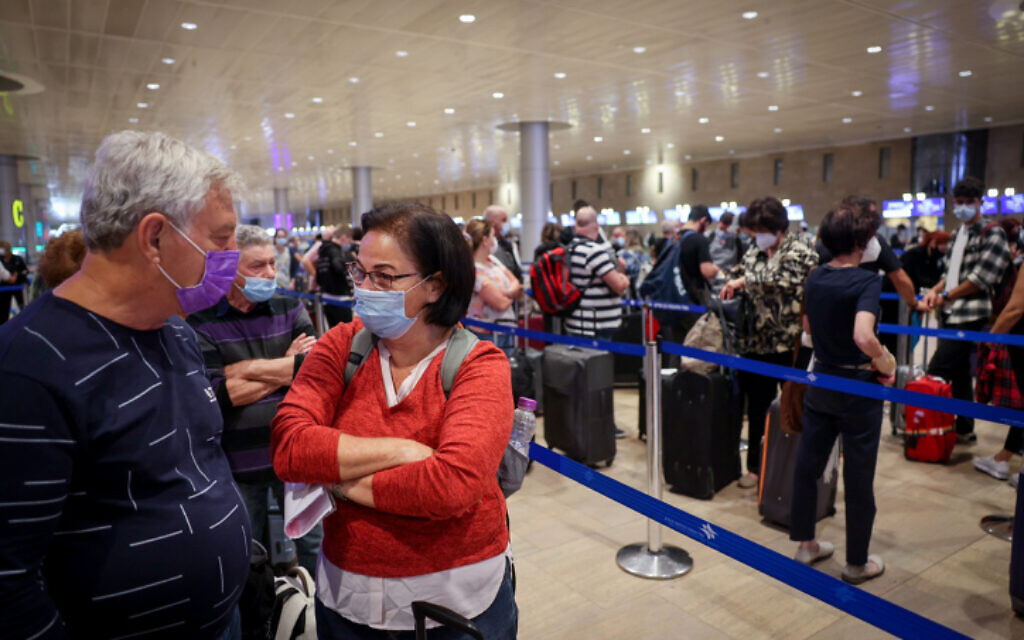