ABILENE, Kan. (WIBW) – A building that formerly housed a popular Abilene restaurant specializing in home-style fried-chicken dinners will see new life after its purchase Monday in a bankruptcy sale. According to the JC Post, Charles and Deanna Munson will pay $926,000 to acquire the former Brookville Hotel restaurant property. […]

ABILENE, Kan. (WIBW) – A building that formerly housed a popular Abilene restaurant specializing in home-style fried-chicken dinners will see new life after its purchase Monday in a bankruptcy sale.

According to the JC Post, Charles and Deanna Munson will pay $926,000 to acquire the former Brookville Hotel restaurant property.

Pinnacle Bank had put the building up for sale, and the JC Post said the Munsons submitted the only bid for the property, located just north of Interstate 70 on the north side of Abilene.

The Munsons plan to open a new restaurant that will be called Legacy Kansas after the building is remodeled and refurbished, with the goal of opening the new business on June 24, 2022.

Legacy Kansas will have vestiges of both the Brookville Hotel and Munson Prime steakhouse, a restaurant that was located in Junction City and which was destroyed by fire in February 2021, the JC Post said.

The new restaurant will feature what Deanna Munson called “the best of both worlds,” according to the JC Post

She said Legacy Kansas will continue serving “traditional family-style” chicken dinners in the tradition of the Brookville Hotel.

She noted that at least three of the rooms will be equipped with a bar and high-top tables, while the other rooms will serve menu items including “high-end Munson steaks and also burgers.”

Customers will also be able to order plated Brookville chicken dinners, according to the JC Post.

Additionally, plans are in the works to serve Munson homemade ice cream.

But first comes work to get the building ready for the new restaurant.

“We have a ways to go,” Deanna Munson said of the building. “First of all, it deteriorated in the last year and there are things missing that were there before that are not there now.”

Work also will be needed to staff the new restaurant, she said.

The original plan called for the new restaurant to be open by June 24, 2021. However, the JC Post reports that back-tax issues facing the previous owners of the Brookville Hotel delayed those plans, which can move forward again after Monday’s sale.

The Brookville Hotel restaurant, which was located at 105 E. Lafayette Ave. in Abilene, closed in October 2020. At that time, the owners cited COVID-19 and a lack of business as reasons for shutting down the eatery.

It originally was located in the town of Brookville, a community of about 250 people located 15 miles southwest of Salina in Saline County.

The restaurant moved to its Abilene location in 2000 in a building that was made to look like the original Brookville Hotel, which was built in 1870.

Fri Feb 18 , 2022
By Dennis Dagounis, 2021-22 Union County Teacher of the Year, Roselle Park High School Before the pandemic, my wife and I enjoyed traveling, and we plan to continue our adventures when it is safe. I find sharing my experiences and unique insights into various cultures a great way for me to […] 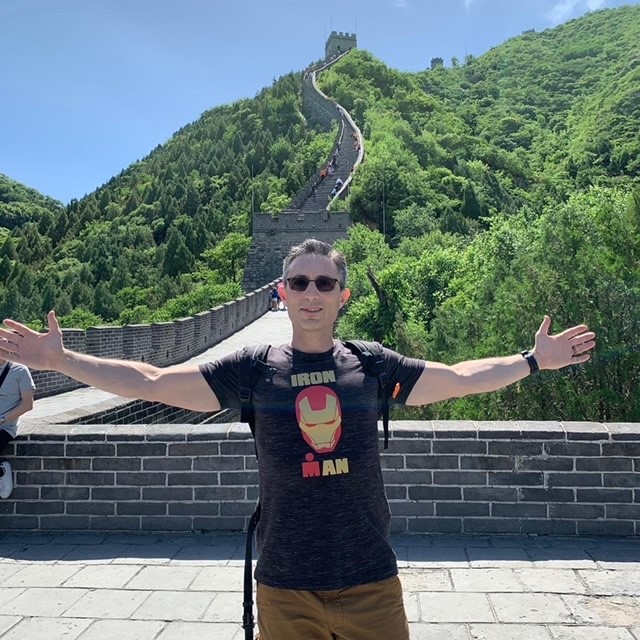