Jon Bilous / Shutterstock.com If air travel is in your future during this holiday season, you might be wondering how badly the airfare will strain your bank account. The good news is that there are still deals to be had — even if you’re flying out of some of the […]

If air travel is in your future during this holiday season, you might be wondering how badly the airfare will strain your bank account. The good news is that there are still deals to be had — even if you’re flying out of some of the most popular airports. No matter if you want to spend New Year’s Eve in the Big Apple or spend your holiday gambling and enjoying lavish Christmas displays in Las Vegas, here’s how you can save big by snagging some of the cheapest flights right now.

More Savings: 13 Insider Secrets From Travel Agents That Will Save You Money

Tips: How To Plan a Last-Minute Holiday Vacation With Kids — Without Breaking the Bank

Freebies: 35 Things Your Hotel Will Give You for Free

If you want to head up the East Coast for the holidays and spend some time in the Big Apple, you can grab a round-trip flight for $205.99, which is 58% cheaper than the regular price for this route. You’ll depart on the evening of Wednesday, Dec. 22 from Miami International Airport on Spirit Airlines Flight 3173 and arrive at New York LaGuardia at approximately 10:42 p.m.

Spending the holidays in Vegas can be quite a delight. Depart on the morning of Dec. 24 from LAX on Spirit Airlines Flight 1720 and arrive in Las Vegas in a little over an hour.

You’ll fly back to Los Angeles on the morning of Tuesday, Dec. 28 on American Airlines Flight 2690. Round-trip tickets are $209.99 each, which is 49% cheaper than the average price on this route.

Learn: Things You Can Get For Free in Every State

You can get a phenomenal deal on a round-trip flight from Phoenix to San Francisco — $85.99 — if you’re willing to travel on two of the most celebrated days of the year. You’ll depart from the Phoenix airport on Dec. 25 at around 7 a.m. and you’ll arrive in San Francisco by 8:33 a.m. PST — with the whole day ahead of you.

On New Year’s Eve, you’ll have to get back on a plane around 6 p.m. However, you’ll arrive back in Phoenix around 9 p.m., leaving you plenty of time to find someone to toast a glass of bubbly with as the clock strikes midnight. For your willingness to travel on days that most people won’t, you’ll save a whopping 81% compared to the average price for this route.

Important: Why You Should Consider a Travel Agent To Book Post-Pandemic Travel

If spending New Year’s Eve in New York City is your dream, and you don’t mind spending Christmas Day on a plane, you can save 84% on your round-trip, cross-country ticket and pay just $360.40. You’ll hop on American Airlines Flight 539 out of LAX at 10:12 a.m. and arrive at LaGuardia close to 11 p.m. that night. You’ll have plenty of time to recover from New Year’s festivities. Your return flight, American Airlines Flight 2813, will depart from LaGuardia on Jan. 7, 2022, at 8 a.m. and you’ll arrive back at LAX around 2 p.m.

Cynthia Measom is a personal finance writer and editor with over 12 years of collective experience. Her articles have been featured in MSN, Aol, Yahoo Finance, INSIDER, Houston Chronicle, The Seattle Times and The Network Journal. She attended the University of Texas at Austin and earned a Bachelor of Arts degree in English.

Pope arrives in Cyprus on 1st leg of Apostolic Journey

Mon Dec 6 , 2021
Pope Francis is in Nicosia, kicking off the 35th Apostolic Journey abroad of his pontificate, December 2 to 6. After 2 days in Cyprus, he will proceed to Greece before flying back to Rome on Monday. By Vatican News staff reporter Pope Francis has begun his apostolic journey to the […] 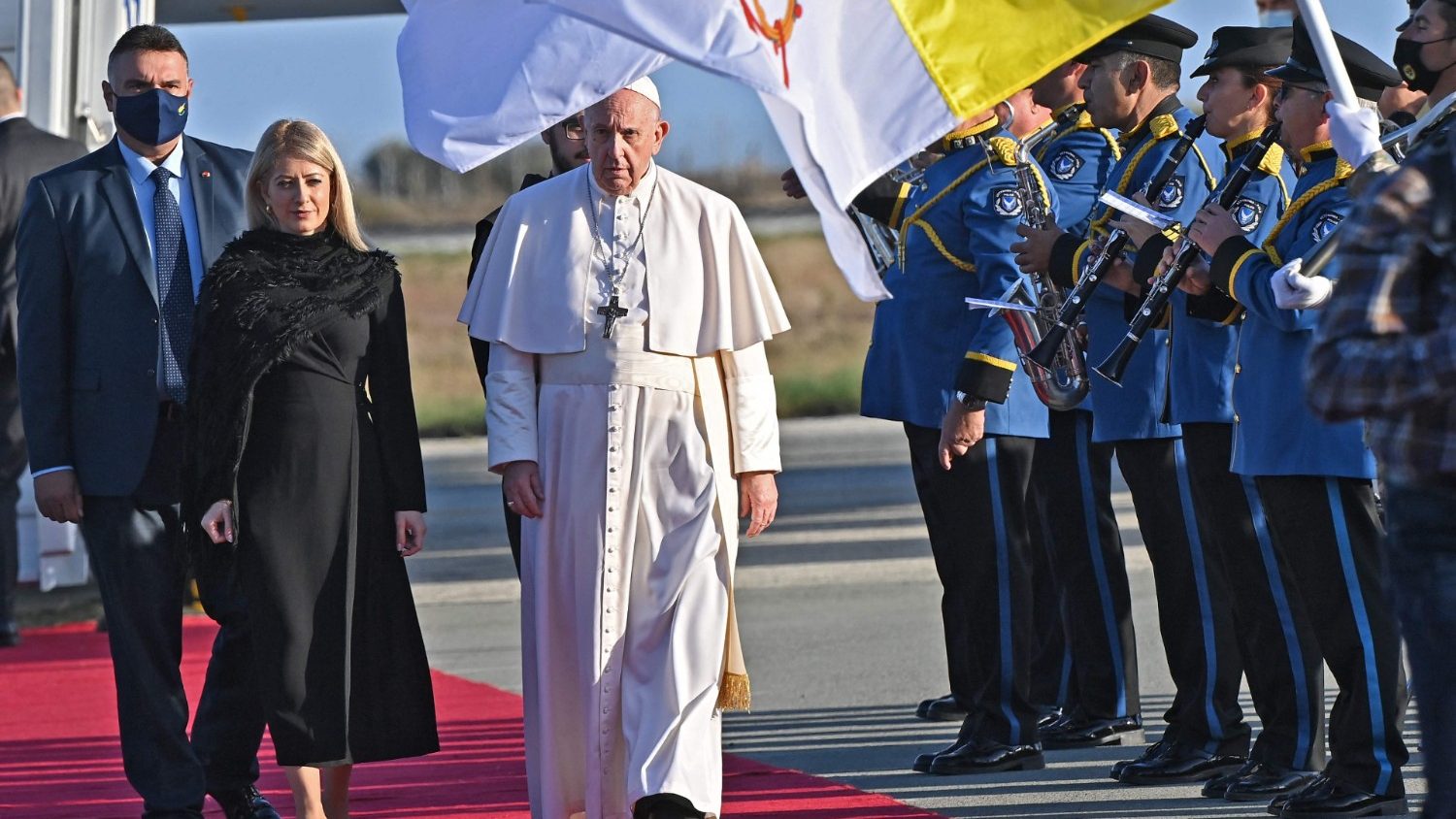