We’ve heard of flying the friendly skies, but this takes the (wedding) cake! Southwest Airlines shared a Facebook post Thursday featuring photos from the nuptials of Jeremy Salda and Pam (Patterson) Salda, who unexpectedly ended up tying the knot on their way to Las Vegas rather than in a chapel […]

We’ve heard of flying the friendly skies, but this takes the (wedding) cake!

Southwest Airlines shared a Facebook post Thursday featuring photos from the nuptials of Jeremy Salda and Pam (Patterson) Salda, who unexpectedly ended up tying the knot on their way to Las Vegas rather than in a chapel in the town known for its weddings.

The airline also told the story of how this most unusual union came to be: “Last Tuesday, Pam and Jeremy joked that they should hop on a plane to get married in Vegas. It wasn’t long before both realized that the other wasn’t actually kidding, so they booked a flight for Sunday on one of our competitors, with a Vegas wedding chapel appointment Sunday night.”

As it turned out, when the couple arrived from Oklahoma City in Dallas-Fort Worth, their connection had been canceled. But a fellow passenger named Chris Mitcham — who just happened to be an ordained minister and was planning to travel on to Vegas — heard about their plans.

They all found seats on a Southwest flight, which was slated to leave in less than an hour from Dallas Love Field Airport — clear on the other side of the city.

“We get in an Uber and we tell him like, ‘Look, we’ve got to get to Love Field. Floor it,’” the bride told AZ Central. “And he did. He’s driving through the rain. It was awesome. We get there and we’re running through security, me in the dress. He’s pulling the bags. And we get up to the gate, like literally, as it’s about to start boarding.”

Yes, both the bride and groom were done up in their full wedding attire: white dress for her, dark suit for him. So when a Southwest pilot saw them, he had to ask what was going on.

“Pam explained their story and joked with Captain Gil they should just get married on the flight. For the second time that week, Pam was surprised to hear the words, ‘Let’s do it!'” the Facebook post continued.

The crew made up “toilet paper streamers and a snack mix sash” for the minister, and Julie Reynolds, a flight attendant, performed duties as maid of honor. A professional photographer on the flight took pictures, and a passenger asked everyone to sign a notebook with well wishes and their seat numbers, in place of a guestbook.

Reynolds also downloaded Richard Wagner’s “Bridal Chorus” before the plane took off, according to AZ Central. “We haven’t had fun on a plane in two years,” she said. So along with the streamers, they had passengers turn on their call lights “so it kind of lit it up nicely.”

Mitcham also had a video camera with him, so the entire event was captured on video, and a passenger offered up a powdered donut as a wedding cake.

And just like that, love was in the air.

“Southwest has been the love airline for nearly 51 years, and we always enjoy an opportunity to celebrate our Customers in special ways,” said Southwest in a statement to NBC News. “We were thrilled to play host to Pam and Jeremy’s special day. Our Employees are famous for their Heart and Hospitality, and we know our Crew, our Customers, and the couple will remember this flight for a long time to come. We offer our congratulations to the newlyweds and well wishes on their new life together.”

Randee Dawn (she/her) is an entertainment journalist and author based in Brooklyn. In addition to writing for TODAY.com, Variety and The Los Angeles Times, she’s an author whose debut novel, Tune in Tomorrow, about a reality TV show run by mythic creatures, will publish in 2022. She’s also the co-author of The Law & Order: SVU Unofficial Companion. When not interviewing the stars or dabbling in speculative fiction, she dreams of the next place she can travel to, or cuddles her Westie. More at RandeeDawn.com.

‘All my dreams are about home’: A Ukrainian refugee shares her journey to safety

Sun May 1 , 2022
Tatiana Nekriach left Kyiv, Ukraine, and fled to Germany almost two months ago.  The 74-year-old Ukrainian refugee just wants to go home.  “I miss my own bed,” she said. “I miss my window view. I miss my friends most of all. I miss the theater, which I adore. I miss […] 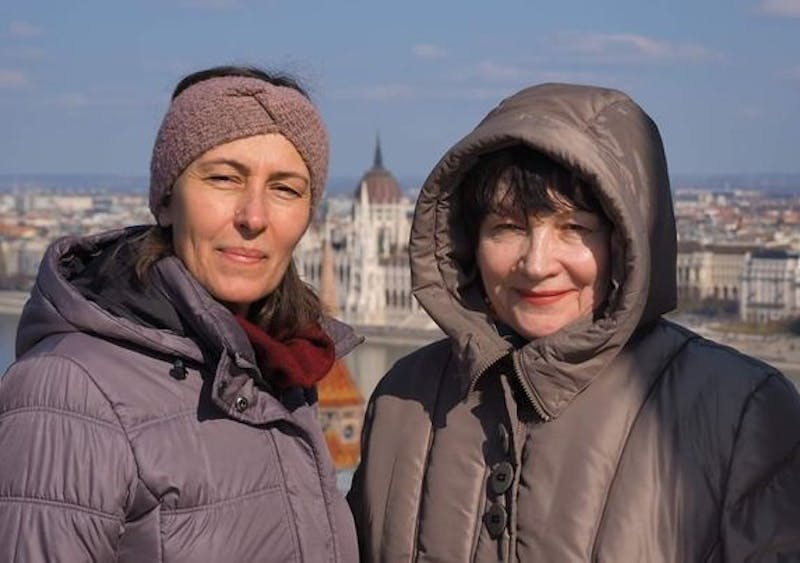