weinheim singles vacations free herpes dating app flirten mit arbeitskollegen ihm find singles only login black ops 4 proximity chat online partnersuche kostenlos unter 30
Skip to content
Would you go to a hotel for a killer meal? Maybe not ten years ago, but hotel dining is now where it’s at. In recent years, Denver has seen an increase in quality hotel eateries — places where locals as well as visitors to the Mile High City are happy to eat and drink.

The trend is being driven by top talent like Paul C. Reilly and his team’s Apple Blossom in the Hyatt Centric Downtown Denver, which opened in October 2021; California-based, Michelin-starred chef Ludo Lefebvre, who just opened Chez Maggy in the city’s first Thompson hotel; and the owners behind New York’s lauded cocktail bar, Death & Co, which opened in the Ramble Hotel in RiNo in 2018.

“Traditionally, in most hotels, the bars and restaurants are a required amenity for hotel guests, and they typically are uninspired and have a low impact for the hotel itself and local community,” says Ryan Diggins, owner of the Ramble Hotel. “We wanted to do it in reverse — create the food and beverage in line with what Denver wanted — and it so happened to have a hotel above.”

Creating this thriving hotel experience was part of the reason that David Kaplan and Ravi DeRossi, the pair behind Death & Co, came to the Ramble. They helped put down the bones for a great cocktail bar and brand, then let the Denver team and local talent take over the menu and operations. Having the bustling cocktail lounge be the space you walk into as a hotel guest to check in was part of the original plan, says Diggins. And while he admits it can be chaotic, it gives life to the entire operation and turns the hotel into a hot spot in the artsy neighborhood. 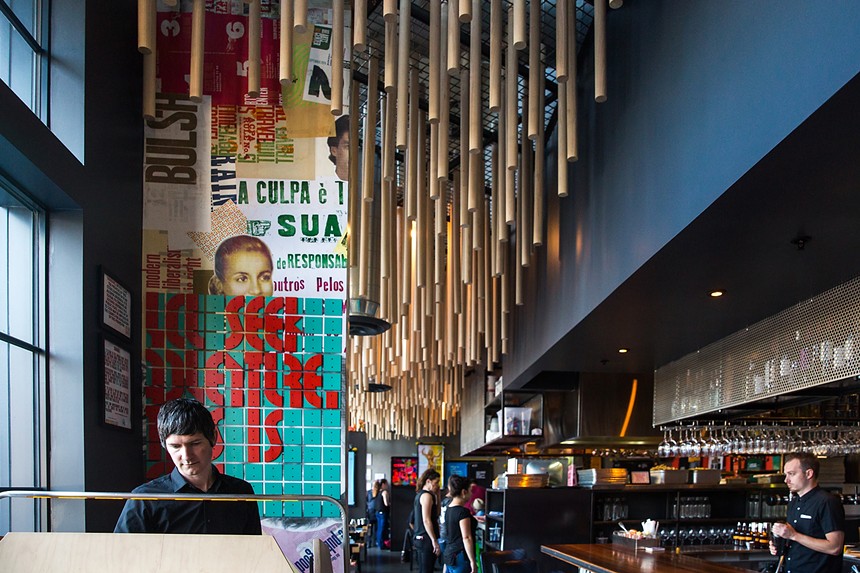 Adding chef Dana Rodriguez’s Super Mega Bien into the mix was also a conscious choice, says Diggins. Beyond providing the Ramble with a food option, it made the fifty-room hotel more of a local meeting place that people sought out. Not only is the menu of Latin American dim sum exciting (think arepas con queso, ropa vieja and tuna ceviche served from roaming carts), but Rodriguez is an industry leader and a big name in Denver.

“It’s about well-thought-out food and drink and hospitality, and having a true commitment to being leaders,” Diggins explains, adding that Rodriguez’s values fit in with that. “Overall, many hotels are simply trying to be of the moment, and we’re trying to be of the moment and timeless at the same time. We want it to feel just as comfortable in fifteen years as when it opened in 2018.”

Making a neighborhood scene was in the plans, too, when the Source Hotel was built, also in 2018, on the other side of RiNo. Here, part of the idea was to expand the dining options in the area. While this space is more of a hotel-attached-to-a-few-restaurants model, the lineup includes SMOK, a fast-casual barbecue spot; upscale pub the Woods; and Israeli-American celebrity chef Alon Shaya’s Safta. 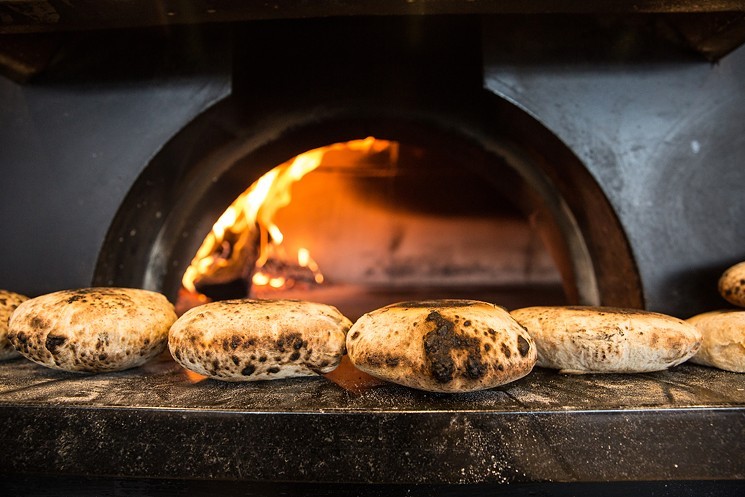 Landing Shaya in the space not only brought a noteworthy chef in from another city — New Orleans, in this case — but expanded the idea of what “hotel food” could be. The menu includes wood-fired pita, silky hummus topped with lamb ragu, wagyu beef-filled arayes and duck matzo ball soup.

That international flair is also present at Of a Kind, which opened in May 2021 inside Cherry Creek’s Clayton Members Club & Hotel with options like wood-fired dips and pita, lamb braised in chai tea and turmeric confit chicken. “Denver has done a great job of moving away from steakhouses and doing really good restaurants, and here we are marketing Of a Kind not as a restaurant in a hotel, but its own thing,” says Sean Glaser, director of food and beverage for the Clayton. “We want to be a local favorite. Cherry Creek has been here for years, and we feel like we have a concept that’s unique to the neighborhood.”

At Chez Maggy, the food program features French chef Lefebvre’s classic Provençal fare, which includes trout amandine, duck l’orange, escargot and bison bourguignon, a take on the classic beef dish with a local twist. While the menu prices, service and presentation give the sense of fine hotel dining, the decor and laid-back nature of the Thompson brand lends Chez Maggy more of a bistro style and makes it more approachable for those wanting to stop in for a casual bite.

“I was actively searching for a location in Denver to open my next restaurant, and we were struggling to find a space we loved that would allow us to actualize our vision, until the Thompson Hotels team reached out,” says Lefebvre, whose wife grew up in Colorado. “On top of the serendipitous timing, I have always been a fan of Thompson Hotels and their luxury boutique hotel approach, so I was confident that the Denver property would be the perfect home for my first restaurant outside of Southern California.”

On a worldwide scale, this trend isn’t new. For decades, top restaurants have graced the halls of five-star hotels. Often, in cases such as the Hôtel de Paris Monte-Carlo in Monaco, the Grand Hotel Les Trois Rois in Basel, Switzerland, and the Inn at Little Washington in Washington D.C., the on-property restaurant has received one, two or even three Michelin stars. Sometimes the restaurants are the main destination.

But in the past, Denver has only seen a few hotels open with solid eateries, such as EDGE at the Four Seasons, Elway’s Downtown in the Ritz-Carlton and the Palace Arms at the Brown Palace Hotel & Spa, though these aren’t necessarily places that locals look to when planning a night out. The wave of quality dining and imbibing spots inside hotels in Denver feels like a natural evolution, and it’s one that tried-and-true local chefs are embracing. “Having a hotel restaurant wasn’t something we were necessarily going out to find, and I kind of think it more found us,” says Reilly, who was pushed in the direction to open Apple Blossom inside the Hyatt thanks to the hotel experience that his partners, sister Aileen Reilly and her husband, J.P. Taylor, had. “When we started talking about the idea — the notion and the idea of how a lot of chefs in other cities are going with this model — it piqued our interest more.”

There are benefits to having a solid hotel dining scene. Denver, which has been rising as a destination outside of the usual ski trips, now has high-end places to rest one’s head and fill one’s belly. These spots showcase not just the city’s culinary talent, but the ability to create a space where people want to be and be seen. Locals, too, can take advantage of these spots, especially when they’re looked at as special-occasion restaurants, hot spots for a night on the town, or the ideal place for a staycation.

Traveling to the Super Bowl? Here's how much you can expect to pay

Sun Feb 20 , 2022
Football’s big day is coming up, with the Los Angeles Rams set to play the Cincinnati Bengals in Super Bowl 2022 on Sunday at SoFi Stadium in Inglewood, California. This year’s game is slightly unusual in that the Super Bowl is being played in one team’s home stadium, which means […]