Netflix certainly knows how to drum up a supernatural amount of excitement for what is arguably the streamer’s most popular original property: Stranger Things.

Audiences simply can’t get enough of the throwback television series, whose earnest homage to pop culture of the 1980s (particularly the contributions made by Steven Spielberg and Stephen King) has struck a profound chord across multiple generations.

And that’s the real beauty of the show: an almost magical ability to make what was once old feel new again.

Take, for instance, the official trailer for Season 4, which features an epic and creepily atmospheric rearrangement of Journey’s 1983 hit, “Separate Ways (Worlds Apart).” Similar to the synthwave-inspired remix of The Who’s “Baba O’Riley” that headlined the Season 3 trailer, this particular soundtrack choice was one of utter perfection.

“The lyrics are about people going their separate ways and the characters, at the end of the third season, did all go their separate ways,” says Bobby Gumm, Head of Music at Trailer Park, which has cut together every Stranger Things trailer since the show first premiered back in 2016. “And even the ones that are still living in the same town have gone their separate ways a little bit. They’re in different cliques and things like that.”

Gumm recalls how the Journey song was originally suggested by the trailer’s editor, Adam Finkelstein, who immediately saw the potential for maximum thematic resonance. “[He] recognized that right at the beginning. He’s like, ‘This is the song.’ Once he said that, we hit the ground running.”

The next step was to call up one of Trailer Park’s regular collaborators, Alloy Tracks, whose resume includes custom trailer music for Godzilla: King of the Monsters, Dopesick, The King’s Man, The Batman, Moonfall, and Jurassic World Dominion.

“We’re more of a small boutique company and it’s pretty cool to be working with the big boys on all these massive trailers,” admits Alloy founder and owner Troy MacCubbin. “I started it in my bedroom in Los Angeles 15 years ago.”

According to longtime Alloy composer Bryce Miller, Trailer Park was initially vague in its description of the Stranger Things project, though there was little doubt over what show they were talking about. “They said, ‘[It’s] a popular streaming series about kids in the ‘80s who fight evil,’” he recalls, adding that the brief description even specified how the “main characters are split up and going their separate ways.’ They literally said the words ‘separate ways’ in their depiction of the season.”

While MacCubbin teases that “some other songs” were pitched, there was no denying that the best choice was already staring them dead in the eye.

“You have this whole gamut of ‘80s music to pick from,” Gumm adds. “There are just so many options. But I think we settled on ‘Separate Ways’ just because we love the song and we love Journey, but lyrically, it says exactly what we were needing to say.”

To bring the classic rock ballad further into the world of the hit TV show, Miller isolated the vocal tracks using an A.I. program and focused on blowing out the song’s “opening synth riff” in an effort “to pull it back a little from the rock world and bring it into more of the Stranger Things synth mixed with epic orchestral sounds … the orchestra takes it to the next level, making it as big and loud as we can get.”

For him, the goal isn’t just to add a few bells and whistles onto the original songs. “It’s totally [about] recreating the song using just orchestra and new synths. I really enjoy that because it allows a lot of freedom to find new meaning in the music that, in this case, Journey wrote and add new harmonies and melodies to it that give it new life.”

“We have that whole back end that’s built around that synth,” Gumm says. “I think that was a big factor too — the way we were able to use that synth to tie into this world was really helpful and made it really effective.”

The initial mix was so impressive, that it caught the attention of Journey frontman, Steve Perry, who called up an unsuspecting MacCubbin.

“I’m thinking I’m talking to this guy from Netflix because he caught me off guard and he wanted to talk about the song,” the Alloy founder remembers. “He kept saying to me, ‘I don’t usually allow these songs to go through’ and I’m thinking, ‘Oh, it’s the guy from Netflix.’ We probably talked for about 15 minutes, he wanted to know all about what we did with the song and how’d we do this and how’d we do that? At the end of the conversation, before he hung up, I was like, ‘Sorry, who am I talking with? What’s your role in this?’ And he’s like, ‘It’s Steve Perry from Journey!’ … Over the course of a month-a-half or so, I’ve been talking a lot with Steve Perry and we’ve kind of become friends through that.”

Unlike the vast majority of artists who allow their songs to be licensed out for trailer purposes like this, Perry enjoyed a hands-on role throughout the entire “trailer-izing” process for “Separate Ways,” which took around six months to complete.

“He had some specific mixing notes,” Miller says. “He wanted the vocals to be brought out a little bit more in some places and just a refinement of some [other] details. It was really cool to work with him and he had some really nice things to say. One of his favorite things now in his career is hearing these songs that he wrote decades ago get new life and be brought to new generations and new demographics through things like Stranger Things.”

The specific element that prompted Perry to reach out in the first place was Alloy’s ability to somehow isolate the vocal tracks (or “stems”) from the song when no standalone vocals exist from the original studio recording.

“He was like, ‘How did you guys do this?’” states MacCubbin with pride. “Rarely will the artist call you and go, ‘Hey! What’d you do to my song? I love it!’ Steve was like, ‘I want to work more with you guys. What can we do next?’”

In fact, it sounds as though the Stranger Things trailer version of “Separate Ways” may very well be Perry’s preferred version of the song. What was once old feels new again. “He was like, ‘Man, I wish I had you guys back in the day when we released this song because this is what I wanted the song to sound like,’” MacCubbin continues. “I mean, what a compliment coming from Steve Perry. He couldn’t have been cooler, man.”

Since dropping online earlier this week, the Season 4 trailer has racked up 11 million views. More impressive than that, however, is the fact that audience members are paying as much attention to the music as they are to the actual footage.

“It’s been pretty amazing to see how many of the comments and reactions to the trailer are specifically about the music,” Miller says. “That just makes my day. I think that trailers are a unique medium where the music often leads the way of the trailer and creates the identity of the trailer and can often make or break the trailer. It is so rewarding to see everyone online just loving this remix and loving what we’ve spent months on. I couldn’t ask for more.”

Gumm credits this sonic success to a rigid vetting process in which he and his team look for that one piece of music capable of taking a trailer to the next level. No corners are cut — and it shows in the finished product.

“The thing that we say a lot is, ‘This is a cool song, but it’s not special enough for this,’” he concludes. “There’s definitely pressure involved in that, too, but just knowing that the expectations are for you to create something great, and it’s fun. When you do create something that you’re happy with and people respond to it, then it’s just super exciting. I feel like that’s the situation we’ve had on every Stranger Things trailer we’ve worked on. It’s a really cool, creative group to work with. It’s great.”

The first half of Stranger Things 4 lands on Netflix Friday, May 27.

UK rock band The Who back on tour after COVID cancellations 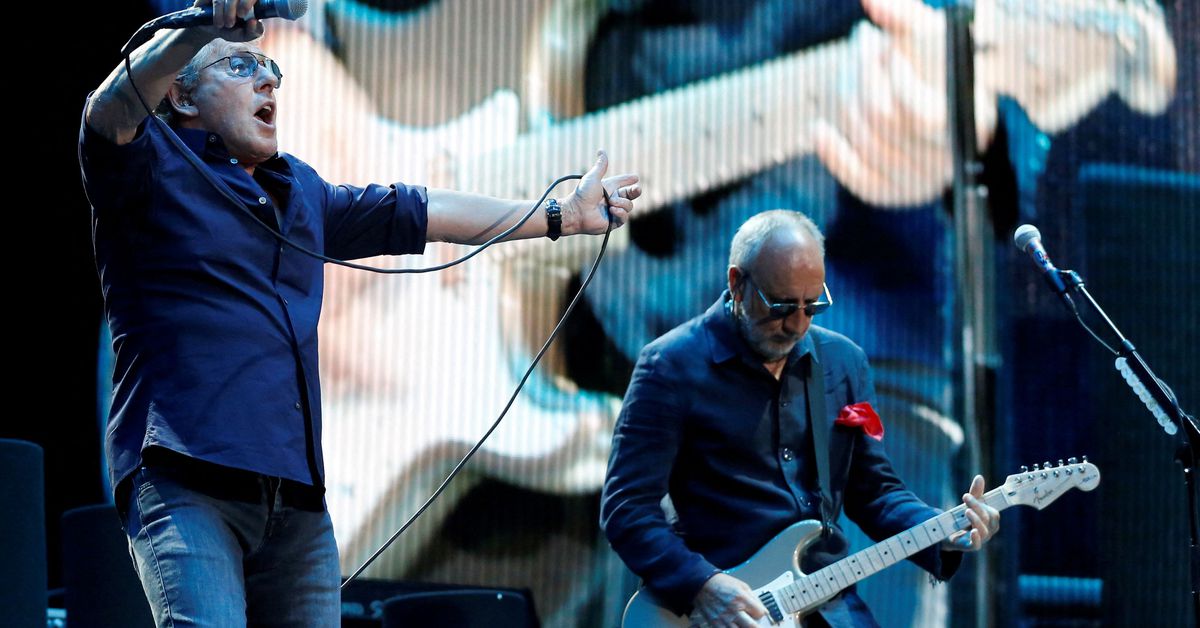