Table of Contents What You Need To Know Daily, nonstop flights between Worcester and Fort Lauderdale, Fla. will resume October 21 The airport welcomed back commercial flights to New York in August Worcester Regional Airport Director Andy Davis says they were able to resurface parts of two runways during the […]

WORCESTER, Mass. – The doors to Mirage Express may have been closed Tuesday, but they won’t be for much longer.

The café inside the Worcester Regional Airport is gearing up for more travelers this week.

What You Need To Know

On Thursday, daily nonstop JetBlue flights between Worcester and Fort Lauderdale will resume for the first time since the airline suspended flights last year.

“Demand is there, specifically with leisure to Florida,” said airport director Andy Davis. “But now, with the increased frequency to service in New York, that’s a big business market. So, now we’re opening the door of opportunity for business travel to return.”

JetBlue will also be adding a second daily nonstop flight to New York (JFK). Flights will depart Worcester to JFK at 7:36 a.m. and 1:35 p.m. starting Thursday. The airport and JetBlue welcomed back flights to New York in August.

During the pandemic, the airport was used mostly for corporate jets and private aircrafts. Davis says the quiet time for commercial flights allowed the airport to be maintained and modernized.​

“We wrapped up a resurfacing project on our primary runway,” said Davis. “A 7,000-foot primary runway. We resurfaced half of it.”

There wasn’t much of a silver lining for the Mirage Express, though. The family-owned business closed when commercial flights were suspended.​

The café did reopen in August, but Louis says this week’s expansion of service is what they’ve really been waiting for.

Davis had a smiliar thought when it comes to the airport.

“We’re really optimistic that the flights are going to be very very popular out of here for both business and leisure,” Davis said.

Davis says starting in November, both Delta and American Airlines will resume their services as well, bringing the airport to 100% operations for the first time since the pandemic began.

Fri Oct 22 , 2021
Oct 16, 2021 Brady HendersonESPN RENTON, Wash. — Geno Smith will make his first start since 2017 on Sunday night when he fills in for an injured Russell Wilson and leads the Seattle Seahawks against the Pittsburgh Steelers at Heinz Field (8:20 p.m. ET, NBC). It will only be his […] 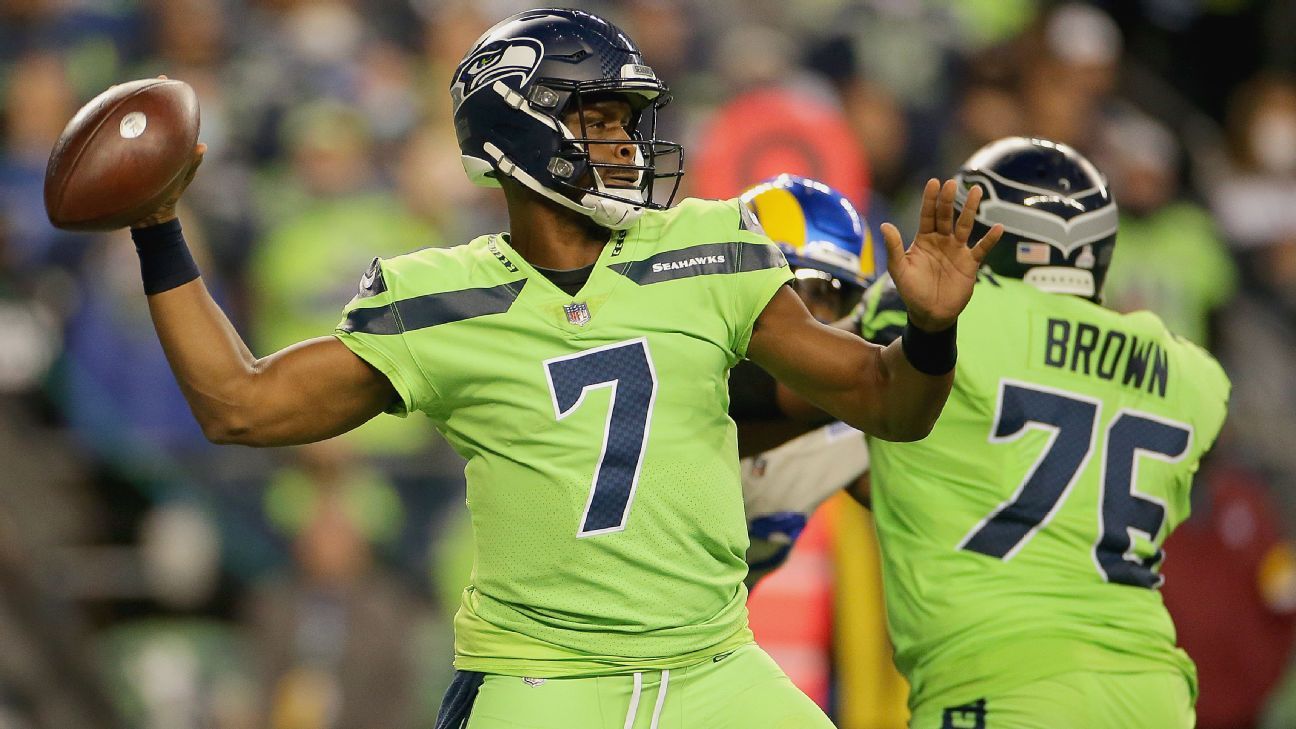