There’s light at the end of the tunnel for the former Bayview Hotel. The iconic building has sat under construction for many years but the recent progress is evident. Once a bustling restaurant and lodge as well as a tavern/nightclub and rooming house, the building is now being repositioned to […]

There’s light at the end of the tunnel for the former Bayview Hotel. The iconic building has sat under construction for many years but the recent progress is evident.

Once a bustling restaurant and lodge as well as a tavern/nightclub and rooming house, the building is now being repositioned to provide 15 apartments – mostly bachelor and one-bedroom units.

Progress on the renovation has been slow. Time and money have always been the issue, explained Robert Hutton of Xavier Developments.

“The banks are terrible at lending money for projects like this. If you’re going to do it yourself it takes time,” he explained, adding that the company is involved in other projects, so time has been a major issue, but COVID has changed that. While the pandemic isn’t welcomed it has been good for the project. “It has been good for this project because we haven’t basically taken anything else on in like two years, that’s why you’re seeing a lot of improvements on the outside.”

“Since 1890 it’s always been a hotel, then it kind of segued from that to basically like a rooming house-slash-bar,” said Hutton, adding that when the indoor smoking ban came into effect in 2006 it hurt business. “We weren’t a family establishment like Kelseys. We were an old-school tavern.”

Eventually, a determination was made that given the location, available parking, view of the bay, and the need for more housing in the community, apartments would be the best use and financial return on the property.

“It’s definitely been a labour of love,” said Hutton. “No need to mince words, it’s been an eyesore since the eighties, right, when they put pink stucco on it, then a ripped-down brick building so, yeah, our neighbours are fairly happy…”

The building is about 9,000 square feet and has been basically remodeled from the ground up. The company hasn’t accessed any government housing programs, said Hutton. “Sometimes that complicates the process… we kind of wanted to keep control.”

Asked whether a name change is in order, Hutton said: “I think it’ll always be the Bayview.”

The apartments will have entrances from the parking lot side of the building, and decks on the train station side. Hutton said the only common hallway will be on the second floor where there’ll also be a couple of apartments. He said 70 to 80 per cent of the building will be accessible. The company is marketing the apartments mostly to single retirees. Tenants would pay for their hydro usage and water and sewer costs would be included in the rent, said Hutton.

He said once the apartments are ready for rent, sometime in early spring, there’ll be a sign on the exterior of the building with a phone number for inquiries.

Don’t miss out on Doppler!

Sign up here to receive our email digest with links to our most recent stories.
Local news in your inbox three times per week!

Former Bayview Hotel being turned into apartments for rent next spring

Jenna Rubaii seeks out parks and the unexpected when traveling

Tue Dec 28 , 2021
Jenna Rubaii at Saguaro National Park in Arizona in 2019.handout When Jenna Rubaii was 6 or 7 years old, her Tampa-based song-and-dance group was selected to perform in the chorus of the national tour of “Joseph and the Amazing Technicolor Dreamcoat.” The Clearwater native was quickly hooked on theater. She […] 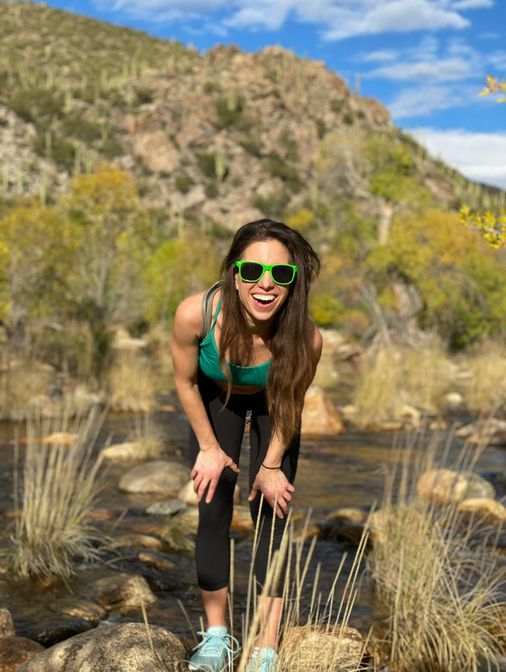