Story Links The dream of playing soccer at the highest level has led former Boise State women’s soccer player Mikhaila Bowden on a journey all across the world.  After wrapping up one of the top careers in Bronco history, in which she played a program-record 7,649 […]

The dream of playing soccer at the highest level has led former Boise State women’s soccer player Mikhaila Bowden on a journey all across the world.

After wrapping up one of the top careers in Bronco history, in which she played a program-record 7,649 minutes from 2011-14, Bowden returned home to California where she began playing for a semi-professional club. Less than a year later she was contacted by a coach from Southern United FC, a club in the Women’s National Premier League in Australia.

Bowden played Down Under for nine months, even earning some trials with clubs in the A-League Women, the top flight in Australian soccer. With the league’s tight roster limits on international players, Bowden just missed the cut for multiple clubs.

She returned home to California, continuing her semi-professional soccer journey while also working as a project coordinator at an engineering company. Opportunities came and went, until she was presented with the chance of a lifetime late last year.

“I actually got an email from the Belize Women’s National Team technical director in September of last year,” said Bowden. “I was pretty surprised. They emailed me in September and asked if I wanted to come to camp to train and play.”

Bowden, whose father is a native of Belize, participated in her first camp in October. Since then she has joined the Jaguars for friendlies, and became a staple in the lineup for Belize’s World Cup qualifying group-stage matches the past few months.

When asked what it means to be able to represent a country she calls a “second home” on the international stage, Bowden was at a loss for words.

“It’s kind of hard to explain, like it’s a really unbelievable feeling,” said Bowden. “I mean, I’ve played in all these different places and played for all these different teams, but being able to represent an entire country and represent half of who I am as a person is just indescribable.”

That indescribable feeling reached a pinnacle during a group-stage match against Aruba, April 6. After going down 1-0 in the 24th minute, Belize drew a foul that resulted in a penalty kick. The Jaguars elected to send Bowden to the spot. The former Bronco stepped up and smashed the ball through the keeper’s hands and into the top of the net, squaring the match at one apiece in the 33rd minute. The match remained tied through regulation and six minutes of extra time as Belize was able to pick up a point on home turf.


Bowden is the primary free-kick taker for Belize due to her strong ball-striking abilities, skills she said she learned from Boise State head coach Jim Thomas.

“I definitely take a lot of free kicks because of the style that we’re working to progress towards,” said Bowden. “Jim taught me a lot, and I actually have him to thank for the majority of my kicking style. He taught me a lot about my long balls and a lot of the great qualities I have as a center back.”

Thomas, who coached Bowden in her junior and senior seasons at Boise State, added, “We’re incredibly proud and excited for Mik and this next stage in her soccer career. As Mik did here, she is at the forefront of an emerging soccer nation, helping blaze a trail for hers and future generations of Belizean women. A game-tying goal isn’t a bad way to start your international career!”

The point against Aruba represented much more than a hard-fought draw on a Wednesday afternoon. For Belize, it marked the first point in a women’s World Cup qualifying match in team history. Its run through the group stage concluded April 12 with a 3-0 thrashing of Barbados, the nation’s first win in the World Cup qualifying stage. Belize finished third in the group with four points, not enough to qualify for the CONCACAF Championship, but a large step for a small nation.

“Our team is developing well,” said Bowden. “We’re a small country with limited resources athletics wise, but we are trying to make a name for ourselves and we’re doing as much as we can with what we have.”

When asked what the future of her soccer career looks like, the former Bronco’s ambitions were clear.

“As a person who has dedicated her whole life to soccer, I would love to stay with the Belize national team,” said Bowden. “Even though we didn’t make it to this upcoming World Cup, I still have time to make it to the next one. That’s what I would love to be a part of at least once in my lifetime.”

Mon Apr 18 , 2022
RIDGEFIELD — “You’ve got a guitar, haven’t you? Do you want to be in a band?” Those two offhand questions from one school boy to another back in the early 1960s launched a chain of events that gave birth to one of the earliest (and most resilient) British Invasion acts […] 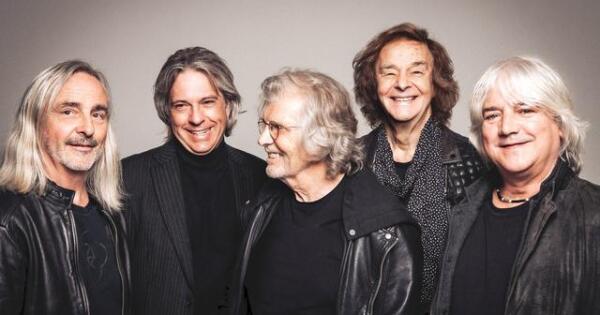