Frontiers Music Srl announces the release of the upcoming self-titled debut album from Generation Radio, a colossal new rock group centered around the combined talents of Jay DeMarcus (Rascal Flatts) and Jason Scheff (longtime lead vocalist of Chicago), on August 5. Fans of classic AOR in the style of Journey […]

Frontiers Music Srl announces the release of the upcoming self-titled debut album from Generation Radio, a colossal new rock group centered around the combined talents of Jay DeMarcus (Rascal Flatts) and Jason Scheff (longtime lead vocalist of Chicago), on August 5. Fans of classic AOR in the style of Journey and Chicago are going to absolutely lose their minds when they hear Generation Radio’s stunning debut.

Today, the band has released the first single and video from the album, “Why Are You Calling Me Now?”. Watch the video below, and pre-order/save Generation Radio on CD/LP/Digital here.

In the beginning of 2020, Generation Radio came together with the intent to form a band with a purpose – to bring classic 80’s rock back to life. As their self-titled debut illustrates, mission accomplished. Two-time Grammy award winning bassist Jay Demarcus of the hugely popular country act Rascal Flatts and Jason Scheff, who was lead vocalist and bass player for the multi-platinum band Chicago for over 30 years, are joined by drummer/vocalist Deen Castronovo (Journey, Revolution Saints) guitarist Chris Rodriguez and guitarist Tom Yankton in Generation Radio.

“This music is the best of all of us. Everyone in this band sings and contributes in a huge way. Jason is not only one of my best friends, but he is also one of my all-time favorite singers, and his performances on this record are stellar. Deen is among the very best drummers in the world, but he is also a world-class singer. In fact, I’m convinced Journey heard him with us, and immediately wanted him back in the band! I’m kidding, of course, but we were fortunate to have him on this ‘journey’. Finally, Chris and Yankton are veterans and some of my favorite musicians and singers. Chris and I go back to our early days together in Christian music. It is a true honor to make music with people who you respect so much, and hold in such high regard,” says Jay Demarcus.

“My partner Jay [DeMarcus] had the idea to fuse Rascal Flatts with Journey and Chicago, so that’s what we did. Jay had several songs over the years that he’d co-written,  exhibiting all his influences. There was no surprise he listened to a lot of Journey and Chicago! Those songs became the catalyst for the band and we rounded it out with some songs written specifically for the album that were in keeping with that theme. There’s no other way to put it other than when you listen to this record you will hear a beautiful blend of Rascal Flatts meets Journey meets Chicago, not to mention having the best of the best in the production, recording, and mastering department. A team of all current hitmakers,” adds Jason Scheff. 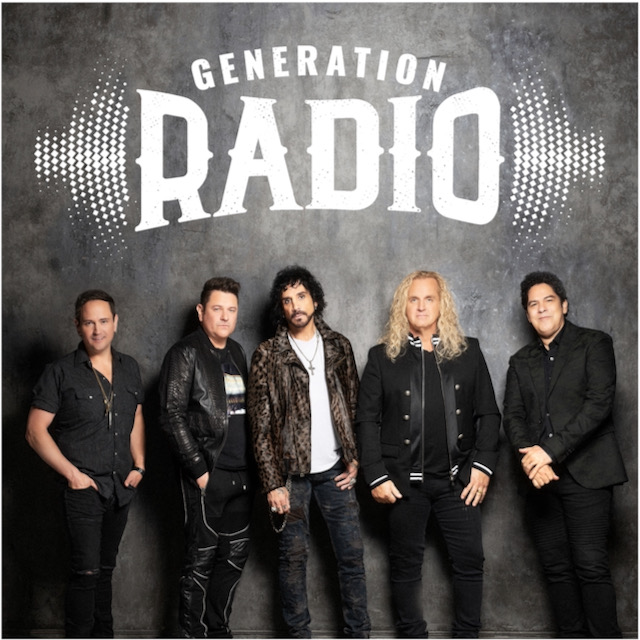 “Why Are You Calling Me Now?”

“All Night To Get There”

“I Hope You Find It”

“Lights Go Out In Paradise”

“Waiting On Your Sunshine”

“Finally Got It Right”

“Why Are You Calling Me Now?” video:

Wed Jun 15 , 2022
With the school year over, the surge of summer travel plans has begun. With an estimated 60 percent of Americans planning at least one trip over the next three months, hackers have millions of projected tourists to prey on, statistics from cybersecurity firm Lookout note. Experts say the cyberattackers usually […]