The leader of two smaller gun rights groups that both compete and cooperate with the National Rifle Association has been quietly aiding NRA board member Phil Journey’s public campaign to oust CEO Wayne LaPierre and overhaul management of the organization. Journey is the sole voice of dissent on the NRA’s […]

The leader of two smaller gun rights groups that both compete and cooperate with the National Rifle Association has been quietly aiding NRA board member Phil Journey’s public campaign to oust CEO Wayne LaPierre and overhaul management of the organization.

Journey is the sole voice of dissent on the NRA’s 76-seat board. During the association’s failed 2021 bankruptcy attempt, Journey unsuccessfully sought the appointment of an examiner to investigate evidence that suggested LaPierre and other insiders had looted NRA assets. In the process, Journey racked up sizable legal bills. In February 2021, he launched a webpage, restorenra.com, to solicit donations to support his effort. It features a “Donate Now” link that takes viewers to a site with a URL that indicates that it is a fundraising page for an organization called the Center for the Defense of Free Enterprise (CDFE).

The center was formed in 1976 by Alan Gottlieb, who in the early 1970s also established the Second Amendment Foundation and the Citizens Committee for the Right to Keep and Bear Arms. In terms of influence in the gun rights movement, those two groups rank second only to the NRA. The CDFE, which was most active in the 1980s and 90s, is not a gun rights organization. It has championed industry, property rights, and the exploitation of natural resources and is critical of government intervention to protect the environment.

While gun rights groups have looked to benefit from the many woes that have plagued the NRA since The Trace uncovered governance problems in 2019, they’ve largely done so from a distance. Gottlieb’s participation in Journey’s campaign means that the leader of a rival organization is involved in a direct attempt to rid the association of LaPierre and his loyalists.

In an interview this week, Journey spoke openly about the arrangement. He said that he sought 501(c)(3) nonprofit status from the IRS, but the process is slow, and he had to move fast. “I said, ‘I need a 501c3,’ and he said, ‘I’ve got one I’m not using,’” Journey recalled, referring to Gottlieb. And I said, ‘Great, where do I send the money?’” Journey granted that while the relationship has not exactly been hidden, neither has it been publicized. “Alan is a great guy, and he believes in the mission,” Journey explained. “He said, ‘Phil, I just want you to know that I am going to help you, but I don’t want to be seen as the puppet master, and you’re the puppet.’”

In an interview posted to YouTube in April 2021, Gottlieb said his organizations were, “basically the only alternative to the NRA that’s out there right now. You asked about the NRA, they are going through a lot of hardship problems internally. Thank heavens, with support from gun owners, we are in a growth phase, growing, and able to pick up a lot of the slack.”

Though prominent in Second Amendment litigation and gun rights lobbying, Gottlieb’s Second Amendment Foundation and Citizens Committee for the Right to Keep and Bear Arms are not behemoths. They had combined revenue of $7.4 million in 2020. The NRA — which did not respond to requests for comment — took in $282 million that year.

Visitors to RestoreNRA.com looking to write a check are asked to “make payment out to the CDFE,” and “mail to CDFE ℅ Phil Journey.” A P.O. box address in Kansas, where Journey is a state court judge, is listed. The site states that his charity status is pending and that donations are tax deductible, which indicates they are run through a third party. The site also suggests that all donations will go toward covering the legal expenses Journey incurred in the bankruptcy. But in an interview with The Trace, Journey also said that he hopes the money will support his intervention in New York Attorney General Letitia James’s case against the NRA, which is underway in Manhattan. “Some of it’s a bit dated,” he said of the site’s language.


Sean Delany, an attorney who specializes in nonprofit law, said it’s fine for one nonprofit to sponsor a would-be charitable entity. However, the sponsoring nonprofit must control the funds, he said, and the money can only be spent in ways consistent with solicitation and with purposes outlined in the sponsoring nonprofit’s organizing statement. That means the CDFE has authority over the money Journey is raising, but the cash must be spent only on Journey’s campaign and in a manner consistent with the CDFE’s original aims. As described on the CDFE site, its mission does not involve gun rights. Questioned on the matter, Journey said, “There is certainly an element of the gun rights movement that involves free enterprise.”

Early this month, Journey publicly called for Allen West, a former NRA board member and head of the Texas GOP, to run against LaPierre. West obliged. Journey said he recognizes the contributions that LaPierre has made, but that in order to save the NRA, he must go. If West is successfully nominated at a Memorial Day board meeting in Houston following this weekend’s NRA’s convention, board members will be able to choose between West and LaPierre in a secret ballot. Journey said the odds of LaPierre prevailing are high given the control he exerts over directors. “I’m under no illusions,” Journey said. “All we can do is everything we can.”

PGA Tour’s ‘nanny’ approach to players exposed as a liability

Sun Jun 5 , 2022
The term ‘nanny state’ is widely credited to Iain Macleod, a member of the British parliament who felt the government was unduly overprotective and shielded people from the consequences of their own actions. Macleod died in 1970, so he didn’t live to see his notional concept perfected by a succession […] 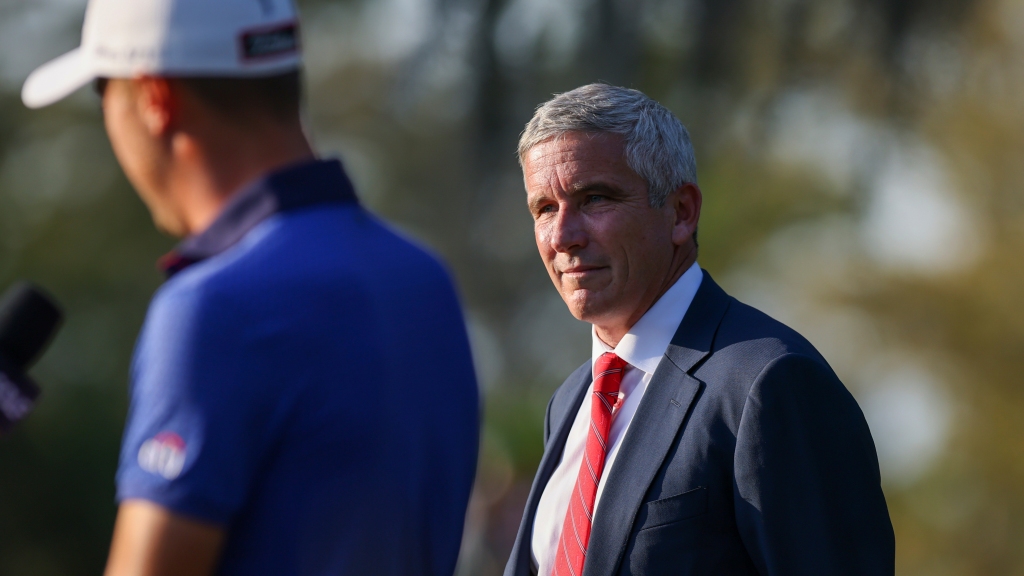