Move comes after the Houthis said last week the airport was put out of operation after aerial attacks by Saudi-led coalition. Yemen’s Houthi rebels say they have allowed the temporary resumption of United Nations flights into the airport in the capital, Sanaa, a week after a halt due to Saudi-led […]

Move comes after the Houthis said last week the airport was put out of operation after aerial attacks by Saudi-led coalition.

Yemen’s Houthi rebels say they have allowed the temporary resumption of United Nations flights into the airport in the capital, Sanaa, a week after a halt due to Saudi-led coalition air raids.

“The civil aviation authority announces the resumption of UN and other organisation flights into Sanaa airport on a temporary basis,” the rebel-run Al Masirah television reported on Tuesday.

“The [Houthis’] foreign ministry was contacted to notify the UN and all international organisations that Sanaa airport was ready to receive flights.”

The Houthis also accused the Saudi-led coalition of preventing the entry of “communication and navigation devices … into Sanaa airport to replace the old ones”.

“The UN and international organisations have been informed that the long-term operation of these devices are not guaranteed, given how old they are,” the report said.

Yemen has been mired in conflict since 2014, when the Houthis seized much of the northern part of the country, including Sanaa, as the government fled. In March 2015, a coalition of Arab countries led by Saudi Arabia intervened in the war, conducting an aerial campaign with the aim of restoring the government of President Abd-Rabbu Mansour Hadi.

The airport has been closed to civilian flights since then. However, there have been exemptions for aid flights which represent a key lifeline for the war-ravaged population.

Last week, the Houthis said the Sanaa airport had been put out of operation following the latest round of air raids.

The Saudi-led coalition said it only attacked military targets at the airport, from where it said drone attacks have been launched against the kingdom. It added its attacks would have no effect on operational capacity, airspace management, air traffic, or ground handling operations.

Coalition spokesman Turki al-Maliki said on Sunday the Houthis were “militarising” Sanaa airport and using it as a “main centre for launching ballistic missiles and drones” towards the kingdom.

He also accused Iran and Lebanon’s Hezbollah group of helping the Houthis launch missiles and drones at Saudi Arabia.

The war in Yemen has killed tens of thousands of people and caused what the United Nations has described as the world’s worst humanitarian crisis.

Afghan interpreter's journey to state: 'I had no other options'

Fri Dec 31 , 2021
Leaning over an iPhone, the Mall of America salesman snapped on a case emblazoned with Gucci. He carefully applied tempered glass to the screen and a bejeweled protector to the camera lens, then handed it back to his customer. “See, my phone is going to be all blinged out!” she […] 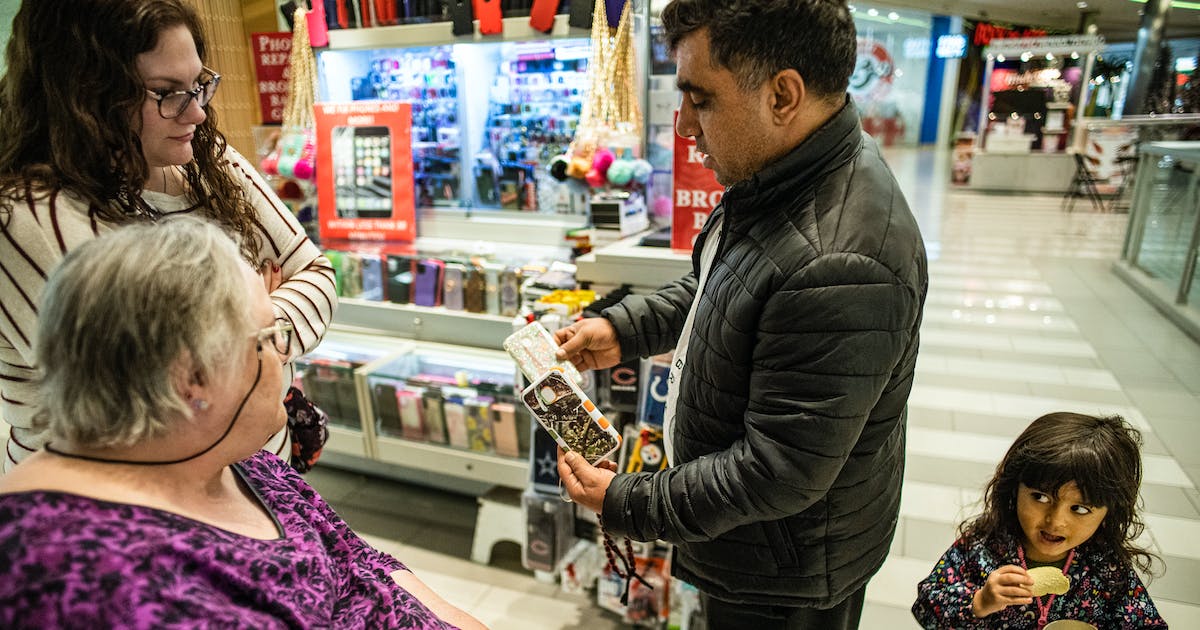