Monday marks the first day in more than two months that Gov. David Ige is welcoming nonessential inter-island and trans-Pacific travel. On Aug. 23, Ige urged residents and visitors to delay their travel plans in light of surging new cases in the state, and hospitals nearing capacity limits. Despite the […]

On Aug. 23, Ige urged residents and visitors to delay their travel plans in light of surging new cases in the state, and hospitals nearing capacity limits.

Despite the governor’s request, leisure travel didn’t shut down.

“Nonessential travel was always there,” said Carl Bonham, executive director of the University of Hawaiʻi Economic Research Organization. “It just fell off dramatically when Delta took over our state, and drove up hospitalizations and caused capacity problems — and a lot of press on the national news about Hawaiʻi being shut down.”

This past summer, Hawaiʻi saw near pre-pandemic levels of domestic visitor arrivals and spending. But that came to a halt with rising COVID cases, the reinstatement of restrictions, and Ige’s request.

According to a new report from the Hawaiʻi Tourism Authority, 505,000 people came to the islands in September. That is down 31% compared to the same time in 2019.

Fewer visitors also meant a drop in dollars spent. Throughout the month, visitors spent a little more than a billion dollars — down 15% from 2019.

The decrease in visitor arrivals and spending forced hotels and other tourist-reliant businesses to drastically reduce worker hours or furlough them again.

Bonham says Ige’s announcement two weeks ago was more for publicity, but will ultimately help.

“It puts people back to work, gives people hours back,” he said.

Bonham cites there has been a decline in nonfarm payroll jobs in the state over the course of several months this year. He says that’s mostly due to the rise of the Delta variant in the state, and indirectly to Ige’s statement in August.

“Getting those jobs back, and getting those paychecks flowing again in the face of roughly 50,000 to 60,000 people who are no longer receiving federal unemployment benefits — it’s very important.”

Bonham estimates the state lost between $600,000 and $800,000 in visitor spending the last two months. He believes businesses won’t recover until sometime early next year — even though more visitors are headed to the islands.

“The holiday[s] is always a busy time. I think there’s reason to think that we will have a little bit of pent-up demand, particularly from those people who canceled their trips in September and October,” said Bonham.

Historically, the upcoming holiday travel season is an early indicator of first-quarter performance.

“The first quarter, annually, achieves the highest levels of visitor arrivals per month [and] per week, as well as occupancies,” said John De Fries, president and CEO of the Hawaii Tourism Authority.

“I believe that there remains a pent-up demand in the United States, which will be our primary source market. But Canada, beginning mid-November, also becomes a significant market that moves us well into the first quarter.”

Bonham doesn’t believe the state will see a surge in visitor arrivals — as was seen in the summer. He says in order for that to happen, travel restrictions would have to be reimplemented for other destinations.

De Fries, however, believes the upcoming travel season will be just as strong as June and July 2021.

De Fries says he believes the state is heading in a direction where restrictions on indoor capacities for events and retail spaces will be lifted.

“That’s going to be essential to us being able to accommodate that increase in visitor arrivals,” he said.

But that is very much dependent on COVID cases.

Bonham says the recovery of the state’s tourism industry will depend on several factors. One is the continued easing of restrictions — driven by falling COVID cases. The second is the reopening of international travel, and the loosening of travel restrictions of other countries.

“Total international [visitors] is a big deal for us,” said Bonham. “It’s not just the White House’s rules, but it’s also the rules of whether you can get back into your country without quarantining. And currently, you still can’t get back into Japan without a 10-day quarantine. So those rules need to be relaxed some more.”

Bonham doesn’t believe there will be any visitors from South Korea or New Zealand anytime soon. But he anticipates more Canadian, Japanese and Australian travelers will come when restrictions are relaxed.

For De Fries, he believes there will be a surge of Canadian and Japanese travelers. He says traditionally, Canada and Japan make up between 15% and 20% of arrivals and spending.

But Japan remains a big market for the state.

“We are hoping that in the month of January, we’ll begin to see visitors returning from Japan,” De Fries said. “And all indications are that there is a pent-up demand in Japan as well.”

Bonham says international travelers will be key to boosting visitor spending in the near future — replacing domestic travelers who will likely not return to the state in the next year.

De Fries, on the other hand, says as international travel restrictions begin to ease — the state will have to compete with other destinations, just it has in the past decades.

Tue Nov 9 , 2021
Investor interest in the hotel industry and deal making is ramping up as the US continues to emerge from the pandemic and the potential for business travel is accelerating. Lone Star Funds announced Wednesday that a Lone Star affiliate has acquired five luxury and upper upscale hotels from Host Hotels […] 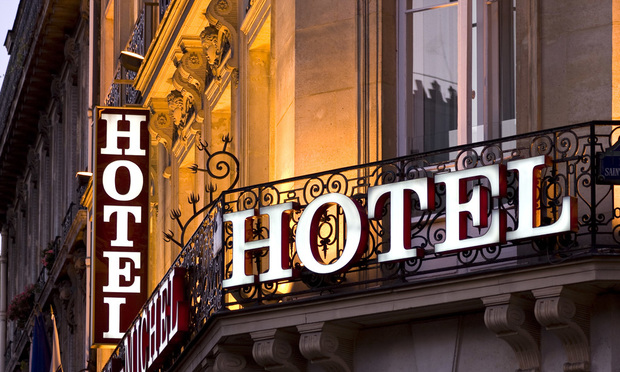