For many people, the Jonas Brothers’ concert at Hersheypark Stadium Friday night was their first trip back to live music after more than a year of quarantine, and for everyone performing, they felt the weight of this task. The Jonas Brothers’ “Remember This” tour centered around the idea of making […]

For many people, the Jonas Brothers’ concert at Hersheypark Stadium Friday night was their first trip back to live music after more than a year of quarantine, and for everyone performing, they felt the weight of this task.

The Jonas Brothers’ “Remember This” tour centered around the idea of making new memories and cherishing old ones, along with 30,000 screaming fans.

Opening for the boys was country singer Kelsea Ballerini, who confessed midway through her set that she was performing through an ear infection. That may have been the case, but she still sang her heart out while acknowledging how nice it was to be back on the road, and back in front of a crowd.

Along with her slew of hits, she added in a section that became an ode to the singers before her, singing parts of Taylor Swift’s “Teardrops on My Guitar”, Kelly Clarkson’s “Breakaway” and Britney Spears’ “Lucky.”

By the time the Jonas Brothers hit the stage, the crowd was fully primed to hear their favorites, new and old.

During the 2019 “Happiness Begins” tour, a reunion and comeback tour for the band, the group chose to pull songs from every album with efforts to please everyone that had supported them throughout their entire careers.

This time around, a large focus of the show was on the group’s most recent album, “Happiness Begins,” including new music that has yet to make it onto an album.

That’s not to say they didn’t acknowledge where they came from.

Going from three of their most recent hits, including 2021′s “Remember This,” the boys seamlessly jumped back in time to one of their breakout hits from the early aughts, “That’s Just the Way We Roll.”

Musically, the band members knew what they were doing. Eldest brother Kevin Jonas stayed on guitar for a majority of the show, while Nick swapped between singing, playing guitar and took a brief moment on the drums. Joe stuck to vocals the entire time.

The band also enjoyed their fair share of pyrotechnics, with fire and fireworks both onstage and behind it throughout the show.

The group transitioned to different sections of the show with clips of each brother sharing the story of how they first got into music.

During Joe Jonas’ section, he played two songs from his solo project, DNCE, during which bandmate JinJoo Lee came out to share the stage.

Possibly to the envy of his brothers, some of the loudest screams came during his hit, “Cake by the Ocean.”

When they shifted to Kevin, they also shifted to the group’s older music, including the aptly named “S.O.S.”, which sent fans into a frenzy.

They also made sure to include Camp Rock classic “Play My Music,” a fun but surprising choice considering its origins in a Disney Channel movie.

Joe took one of the stadium cameras during the song, turning it on the crowd, which led to many fans becoming ecstatic to see their faces on the big screen, and a variety of signs, including one “Request WAP” sign, alluding the to the hit by Cardi B and Megan Thee Stallion.

Considering the amount of dads with their younger daughters in the audience, many could be seen dancing, bopping and singing along to songs that have been around for about 15 years, which was older than the children they were chaperoning.

When it was Nick Jonas’ turn, he jumped in with new music from the group, including unreleased songs, but things really took off when he started on his own music.

The lights turned red hot as he sang from his solo projects, including the ever catchy, “Jealous.”

Near the end, the brothers took a moment to talk about what it meant to them to be back performing, with Nick getting briefly emotional before sharing a drink of his Villa One tequila with his brothers.

The group launched into their ultimate love ballad, “When You Look Me In the Eyes,” dedicating the song to the crowd and the loved ones they came with.

To close out the show, Joe Jonas joked that they would be looking to the future, before pulling out one of their oldest hits, “Year 3000.” The group ended on their main comeback single, “Sucker,” riling up the crowd once more before heading off the stage.

In fact, the group ran straight from the stage to their bus and promptly took off, probably because of Hershey’s 11 p.m. curfew, which left some fans disappointed in the lack of an encore.

That’s not to say they missed any heavy hitter songs. Everything from “Burnin’ Up” to “Whatta Man Gotta Do” and many fan favorites in between had people singing, screaming, dancing, jumping, and having a level of fun that hasn’t been seen over the last 18 months.

If the audience’s reactions were any indication, many memories were made Friday night and people are ready for much more.

Sat Sep 25 , 2021
The CEO of one of the largest hotel investment firms in the United States wants the hotel industry to essentially turn into Spirit Airlines, and start unbundling. More a la carte pricing coming to hotels? This week at the Skift Global Forum, Tyler Morse, the CEO of MCR Hotels, made […] 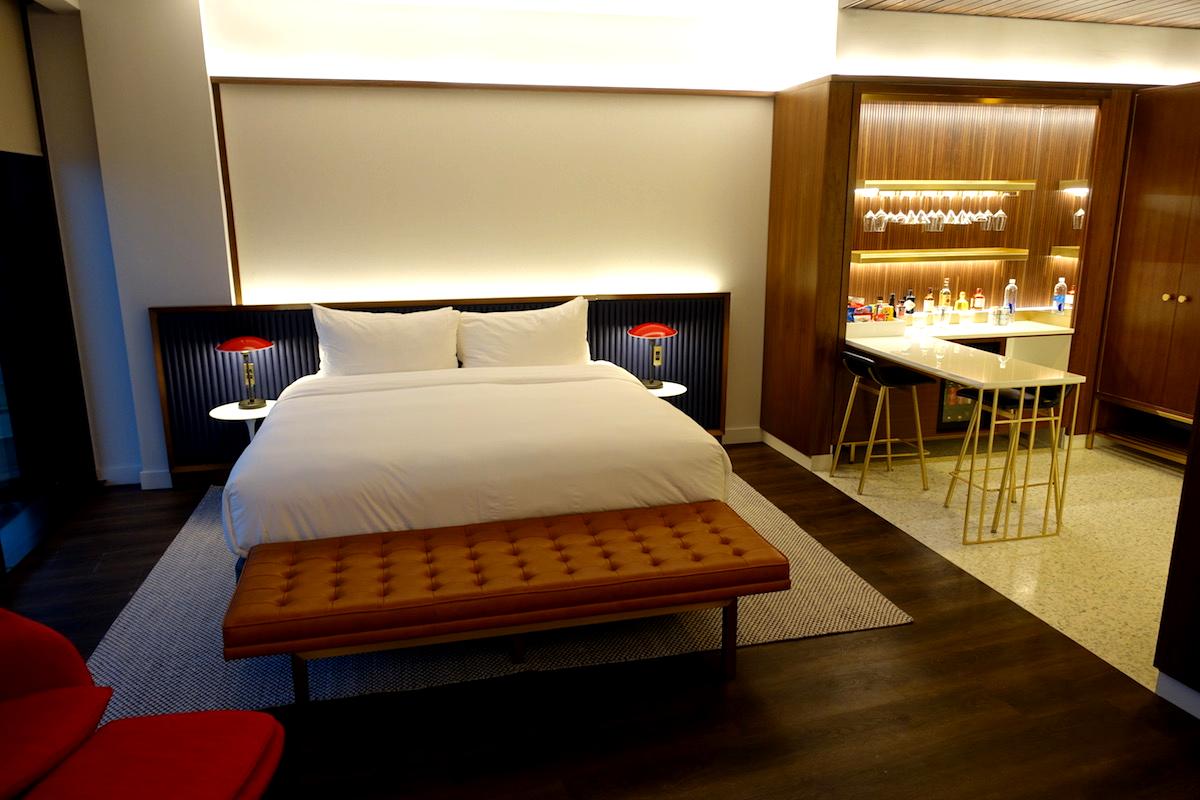