Marble Falls City Council granted a $300,000 hotel tax abatement for the next 25 years for the Marble Falls Hotel and Conference Center project during its meeting Tuesday, Oct. 19. The abatement is one show of local support needed for the project, which will be funded, owned, and operated by […]

Marble Falls City Council granted a $300,000 hotel tax abatement for the next 25 years for the Marble Falls Hotel and Conference Center project during its meeting Tuesday, Oct. 19. The abatement is one show of local support needed for the project, which will be funded, owned, and operated by Marble Falls Hotel Group LLC.

The project consists of a 123-room Tapestry by Hilton hotel and conference area to be built on roughly 3 acres of land along Yett Street and Lake Marble Falls. Moving the project along has been a main focus of the Marble Falls Economic Development Corp. since 2014. The hotel-conference center is expected to break ground in the first quarter of 2022 and be open for business by mid-2023.

“It’s almost emotional seeing this on the agenda,” Councilor Craig Magerkurth said during the meeting.

Hotels, motels, inns, and bed-and-breakfast establishments within city limits are required to pay a 7-percent hotel occupancy tax to the city each year. The revenue from these taxes are used to support qualified events, activities, and facilities that promote tourism and overnight stays in Marble Falls.

Several times throughout the meeting, Councilor Dee Haddock clarified that, outside of granting an abatement, the city will not be contributing taxpayer dollars to the project.

The abatement will reduce the hotel group’s annual payment by up to $300,000 throughout the length of the agreement, EDC Executive Director Christian Fletcher explained. Once expired, however, the city will begin receiving the full amount of tax revenue generated by the project, which is estimated to be about $614,000 by that time.

“This was the first thing (Marble Falls Hotel Group LLC) asked for,” Fletcher said. “This is a very customary revenue source to go to for these types of projects because it fits the statutory requirements of how you can spend hotel tax dollars.”

The hotel-conference center is expected to generate roughly $278,000 in hotel occupancy taxes during its first year of operation.

The group is also seeking a 10-year ad valorem tax abatement of 75 percent from Burnet County.

“We’ll go to work on a few things related to design and land closing, but we probably won’t finalize the lender situation until we have confirmation on the county’s involvement,” Fletcher said in a statement.

The Marble Falls Hotel Group LLC consists of Phoenix Hospitality Group, a hotel management and development group, and Hawkins Family Partners LP. The group is financing the project, which is estimated to cost $36 million upon completion, through a 50 percent loan and cash equity. Marble Falls EDC is also contributing $6.8 million, all of which comes from 2016 bond proceeds that were dedicated to the project.

While the EDC has helped facilitate the completion of the project throughout the years, it does not own or operate the hotel and conference center.

The council also approved a performance agreement and a nonexclusive lease and management agreement between Marble Falls EDC and the hotel group during the meeting. EDC directors previously gave preliminary approval to both agreements during a Sept. 27 special meeting.

Sun Oct 24 , 2021
As we in the U.S. approach our second holiday season living amid COVID-19, things look a little different than they did this time last year. Toward the end of 2020, the Centers for Disease Control and Prevention (CDC) was pleading with Americans not to travel during the holidays and instead […] 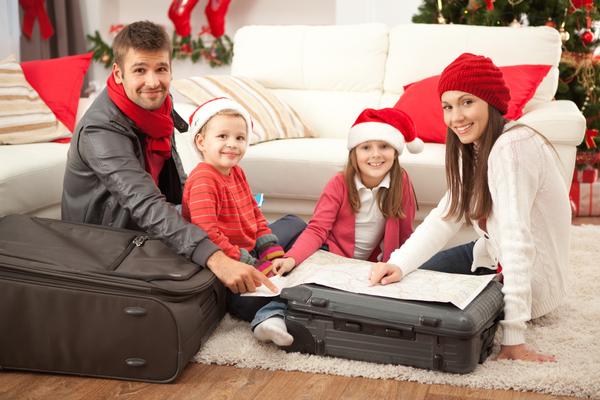