A view from the rooftop terrace of the Marriott Bethesda Downtown hotel on Woodmont Avenue. The hotel, which features a rooftop bar and other amenities, is scheduled to open in January.

The Marriott Bethesda Downtown hotel at 7707 Woodmont Ave. is slated to open in January. The hotel is adjacent to the new corporate headquarters for Marriott, set to open later in 2022. A plaza will connect the two buildings.

Bethesda Beat had a chance to tour the hotel last week while it was under construction.

The lobby of the Marriott features a large central staircase with cylindrical lights hanging from the ceiling.

On the first floor will be Seventh State, a restaurant named after that fact that Maryland was the seventh state to enter the union.

The restaurant will have a wood-fire oven to cook dishes with eggs, meats, pizzas and “vegetable forward creations,” according to a press release. Seventh State’s menu will include an Italian wood-fired folded sandwich called the “panuozzo,” made with pizza dough.

Seventh State has a capacity of 96 people combined, counting inside and outside, according to Marriott. The restaurant has a retractable glass partition that opens onto the plaza between the two Marriott buildings.

The ground floor also will feature The Greatroom, which will have a bar with food and drink, along with free Wi-Fi, according to the press release. Beer from local Maryland craft breweries, along with wines and cocktails, will be available.

Also on the ground floor will be the exclusive M Club Lounge for Marriott Bonvoy Elite and Club members. M Club Lounge will offer free food and drink for members.

Other floors of the Marriott Bethesda Downtown will feature a ballroom, a fitness center and Hip Flask, the hotel’s rooftop bar.

Hip Flask will serve hand-crafted cocktails, along with draft beers from Maryland breweries, wines, Champagne and non-alcoholic beverages. There will also be snack foods, according to the press

release. Visitors to the hotel who aren’t staying there, but want a rooftop bar experience, can take an elevator directly from the lobby to Hip Flask.

Hip Flask will have a capacity of 135 combined, between inside and outside. The bar will have a folding glass wall that opens up to the outdoor terrace. Visitors will be able to see the Marriott headquarters next door, and can see landmarks such as the Mormon Temple and the Walter Reed National Military Medical Center campus in the distance.

Rooms in the hotel are spacious, and offer expansive views of downtown Bethesda. The rooms have been equipped with a variety of amenities, including European-style electrical outlets for international travelers, helping them avoid the need for an adapter.

On Friday, Marriott announced that Dupree Braswell will be the Bethesda hotel’s executive chef and will oversee the culinary direction at all of the hotel’s establishments, as well as its catering operation.

He has worked in the culinary industry for more than 17 years, according to the press release. Braswell, who is from the greater Washington area, most recently worked at the Washington Marriott Georgetown.

Dan Schere can be reached at [email protected]

Sat Nov 13 , 2021
Pokémon are like the unofficial ambassadors of Japan. They are everywhere, from the special edition food, drinks and merchandise that pop up regularly to gracing the more permanent manhole covers scattered all across the country. Now these world-famous pocket monsters have even taken over aeroplanes servicing some of Japan’s most […] 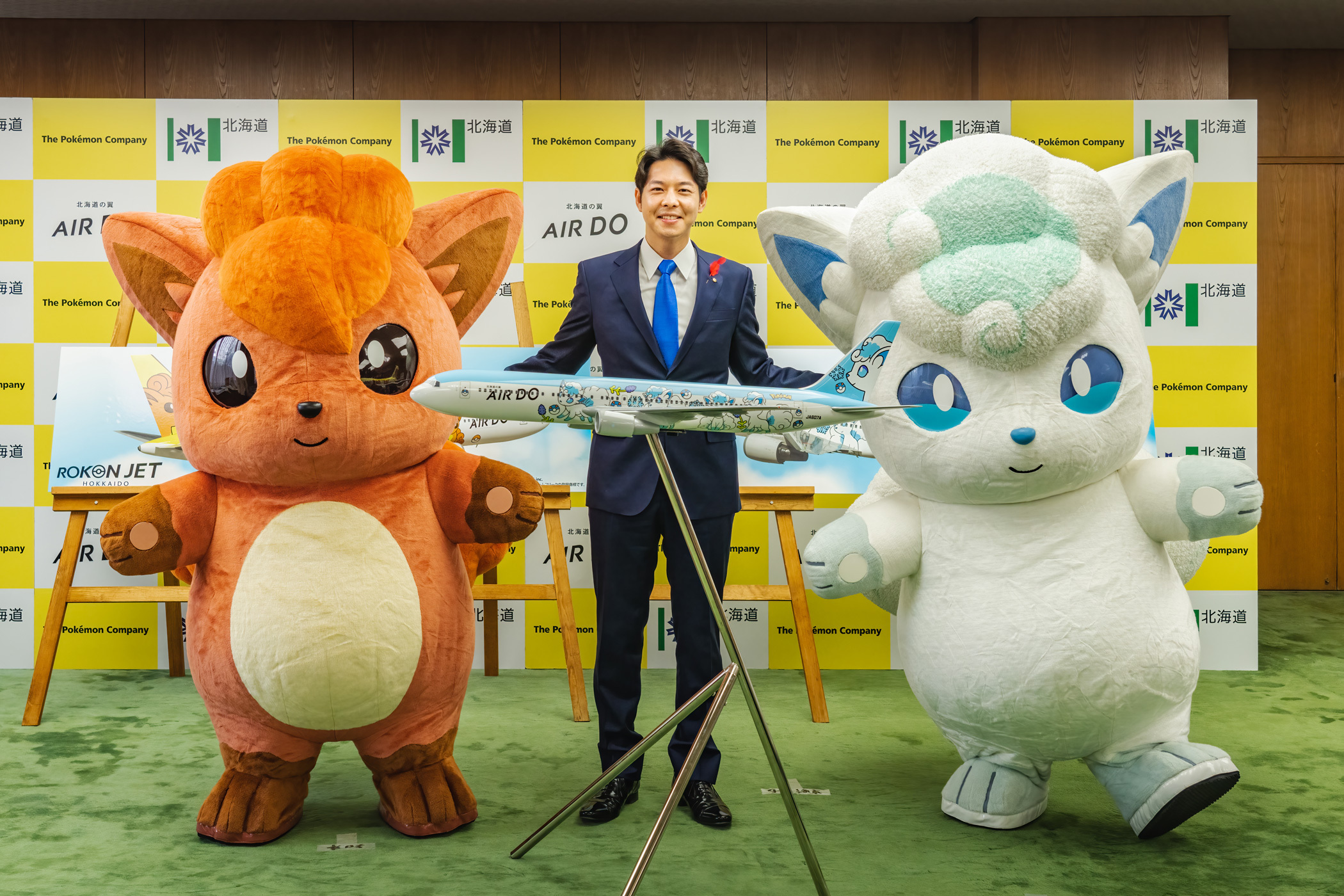