NEWYou can now listen to Fox News articles! FIRST ON FOX: Rep. Michael McCaul, R-Texas, told Fox News Digital that he is traveling to the Poland-Ukraine border this weekend in order to stand with refugees escaping Putin’s “evil” and “unprovoked war of aggression.” The congressman will be joining a small […]

FIRST ON FOX: Rep. Michael McCaul, R-Texas, told Fox News Digital that he is traveling to the Poland-Ukraine border this weekend in order to stand with refugees escaping Putin’s “evil” and “unprovoked war of aggression.”

The congressman will be joining a small bipartisan group of lawmakers traveling to Poland to assess the humanitarian crisis as the Russia-Ukraine war intensifies.

McCaul, the top Republican on the House Foreign Affairs Committee, said that he wants to get a firsthand look at the “humanitarian catastrophe” caused by Putin’s unprovoked and deadly invasion in Ukraine.

“I am traveling to the Polish-Ukraine border to get a firsthand look at the humanitarian catastrophe caused by Russia’s unprovoked war of aggression,” McCaul exclusively told Fox News Digital in a statement ahead of his departure.

“I want to let the Ukrainian refugees know the American people stand with them against Putin’s evil. I will continue to urge this administration to send more lethal assistance to the brave Ukrainian people fighting for their freedom.”

In addition, Vice President Kamala Harris will be in Poland Monday, where American troops are stationed to assist with Ukrainian refugees, Fox News has learned. Secretary of State Antony Blinken will travel separately to Poland on Saturday.

The congressional delegation plans to meet with Harris on Monday near Ukraine’s border.

Vice President Kamala Harris talks with House speaker Nancy Pelosi of Calif., in the chamber of the House of Representatives before the State of the Union address by President Joe Biden to a joint session of Congress at the Capitol, Tuesday, March 1, 2022, in Washington.
(Julia Nikhinson/Pool via AP)

In addition, earlier Friday, McCaul discussed with Fox News’ Harris Faulkner the need for “spine and imagination” from the United States as the war between Russia and Ukraine escalates.

“We need some imagination and some spine. Right now we got 40 miles of the convoy of all of their tanks. They’re really sitting ducks. Why can’t we come up with some plan to take them out, and it would avoid this, what’s going to be a really bad scene, bad images coming out of Ukraine and a lot of destruction and death.”

“They’re getting drones from Turkey, and I want to look at all options on the table. We’re going to be meeting with the 82nd Airborne over there to see what can we do creatively, to get weapons and to stop this nightmare from going forward,” he said.

Tue Mar 8 , 2022
HELSINKI/PARIS/CHICAGO, Feb 28 (Reuters) – Airlines are bracing for potentially lengthy blockages of key east-west flight corridors after the European Union and Moscow issued tit-for-tat airspace bans and Washington did not rule out similar action in response to Russia’s invasion of Ukraine. Industry officials say the Biden administration would ban […] 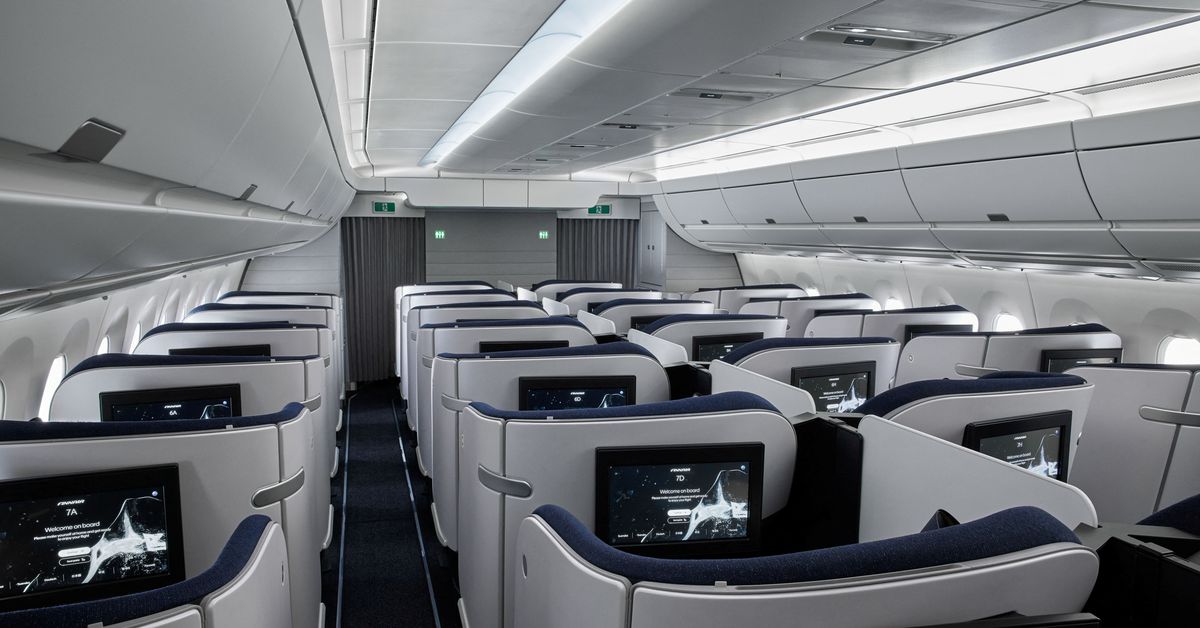