TAMPA, Fla. — Unless you live off the grid in a cave not equipped with internet service, you know there’s a new head ball coach in town. He is out making the rounds after spring camp. Billy Napier noted Tuesday night that in his four-plus months as Florida’s coach, he […]

TAMPA, Fla. — Unless you live off the grid in a cave not equipped with internet service, you know there’s a new head ball coach in town.

He is out making the rounds after spring camp.

Billy Napier noted Tuesday night that in his four-plus months as Florida’s coach, he has learned a few things about life tinted by Orange & Blue. For one, assistant coach Mike Peterson, a former Gators star linebacker, taught Napier how to respond when a stranger greets him with a “Go Gators.”

“He told me you say it back,” Napier said.

As a coach, Napier knows all about the importance of fundamentals.

Napier looked like a man getting comfortable in his new surroundings during his stop here at Armature Works to speak to a crowd of more than 400 on his first spring speaking tour — and the first for any UF football coach in three years. He wore a crisp blue sports jacket, and on the drive from the airport to his speaking engagement, Napier attached a lapel pin with a Gators logo to his coat.

Remember, the fundamentals are essential.

Napier hits the road again on Thursday night when he visits TIAA Bank Field in Jacksonville to speak to a group of UF boosters, alumni and fans. He will discuss many of the same topics as Tuesday.

The 42-year-old Napier hasn’t been around long, but he is thankful Gators athletic director Scott Stricklin called. Stricklin introduced Napier as head coach at a press conference Dec. 5.

“I’m more excited about the possibilities today than I was that day,” Napier said. “I’ve had a chance to live in the house.”

Stricklin made the trip with Napier to Tampa and, like that afternoon press conference at Ben Hill Griffin Stadium, introduced him to the crowd. Stricklin’s optimism matched Napier’s.

“We are so fired up to be here,” Stricklin said. “The Gators have some great days ahead.”

Napier’s approach to the festive event differed from past Gators coaches. He came equipped with a PowerPoint presentation that touched on his background and the Gators program he is building.

He held the audience’s attention like a preacher delivering a Sunday morning sermon. Napier showed the crowd pictures of his wife and kids, his parents and siblings, and his time as a player at Murray County (Ga.) High and Furman and his coaching stops on the way to The Swamp. He talked about the impact of name, image and likeness (NIL) on college football, how the army of coaches and support staff is working to create a winning team and positive player experience, and how those in the crowd can help be part of the team.

Napier remained relaxed and humble in his delivery, the same demeanor he has shown whether speaking to the team after practice or standing in front of TV cameras. Napier could have been a professor in front of a class to someone who stumbled upon the scene.

The closest Napier came to serving typical Spring Football Speaking Tour 101 material was when a fan asked what he thought about recent comments from ESPN personality Paul Finebaum. A longtime voice on college football in Dixie, Finebaum warned Florida fans not to expect a great team in Napier’s first season.

“I could care less about what Paul Finebaum says,” Napier said to cap an extended response. “We’ve got a group of great individuals here. We have some positions where we’ve got to hope they stay healthy. We need to be aggressive in the transfer portal. We got a good group of ones.”

Napier added that the Gators are a work in progress and have work to do. Still, he is pleased with how the players responded to the new program and how hard they worked on the field in spring camp.

In a session with reporters before Napier’s trip to the podium, he addressed the most significant news around the team since Thursday’s Orange & Blue Game: quarterback Anthony Richardson’s recent traffic violation for driving 105 mph.

“When you play quarterback at the University of Florida, you are the standard-bearer for the team,” Napier said. “Anthony has taken complete ownership.”

Richardson is a work in progress, much like the Gators. It’s Napier’s job to guide the ship back into a smooth sea.

The Gators finished with a losing record in 2021, which prompted Stricklin to make a change and hire an up-and-coming coach he has followed closely in recent years. Napier arrived with a reputation as a coach who leaves no stone unturned in the quest for success.

Napier has lived up to the reputation in his short time at Florida.

Some days he marvels at his good fortune. He told the crowd Tuesday that when he was quarterbacks coach at South Carolina State in 2005, he got a check each month for $468. Napier’s seven-year contract at Florida pays him more than $7 million annually.

“I have to pinch myself,” he said.

He got his first big break when Dabo Swinney made him the youngest offensive coordinator in the country at Clemson. He got fired after two seasons.

“It’s the best thing that happened to me as a professional,” he said.

Napier resurrected his career where so many have — at Alabama under the tutelage of Nick Saban. He made two stops in Tuscaloosa before becoming a head coach for the first time at Louisiana in 2018.

Napier won 40 of 52 games and then got that call from Stricklin. He’s been the most famous member of Gator Nation since. Everywhere he goes, they say, “Go Gators.”

His mission is to keep it that way.

“I’m confident in what we are trying to establish,” Napier said. “We have a plan. I know what it looks like.”

He is providing a sneak preview this spring.

Refugees to be housed in King County-owned Redmond hotel

Fri Apr 22 , 2022
Redmond’s Silver Cloud Inn was purchased in July 2021 by the county to support its permanent supportive housing initiative. REDMOND, Wash. — As western Washington prepares for an influx of refugees from Ukraine as Russia continues its invasion, King County is planning to use the Silver Cloud Inn in Redmond […] 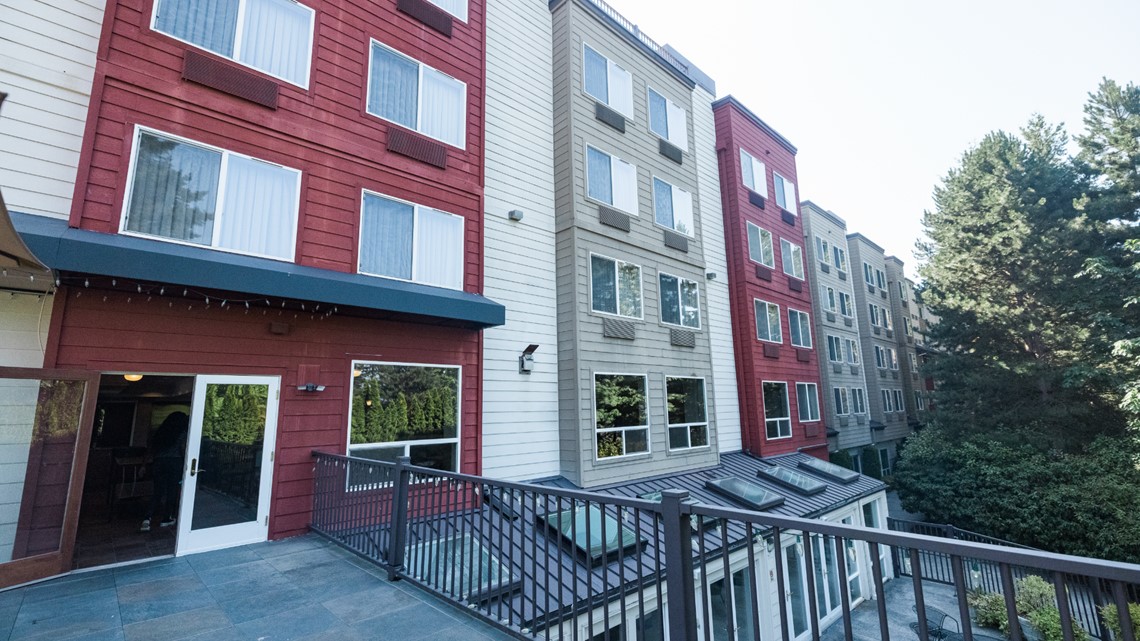