Photo by Eli King Akira Jakkson When Akira Jakkson first stepped foot on Ohio University’s campus in 2018, his driver’s license said “Ameera,” and identified him as female. Fast-forward three years, through many rounds of hormones, challenging conversations with family and friends, and two surgical procedures, this transgender man now […]

When Akira Jakkson first stepped foot on Ohio University’s campus in 2018, his driver’s license said “Ameera,” and identified him as female. Fast-forward three years, through many rounds of hormones, challenging conversations with family and friends, and two surgical procedures, this transgender man now sees his true gender and chosen name reflected on his government-issued ID.

Jakkson grew up in a relatively white, lower-income community in Hilliard, Ohio, with his parents. His father is from Iraq and his mother grew up in Appalachia. Neither region of the world talks openly about the LGBTQ+ community.

“Neither of my parents were exposed to transgender representation at all in the cultures they were raised in, so I obviously didn’t know all that was possible either when I was young,” Jakkson said. “I remember telling my mom to say I was a boy when she ordered me a kid’s meal so that I could get the ‘boy’ toy, but that was as far as I knew to explore my personal identity at that age.”

It was in high school when he first discovered the meanings and complexities of words like gender, identity and sexuality. Although his given name means “princess” in the Arabic language, Jakkson began to realize that he did not fit into the identity of a cisgender female as he had been told he did all his life.

As a freshman at Hillard Bradly High School, Jakkson came out as bisexual, which he described as, “very outlandish [for him] at the time,” but he knew this was not a complete and accurate representation of himself. Jakkson knew he fell somewhere within the LGBTQ+ circle, but he wasn’t exactly sure where he fit.

Shortly after his internal identity battle began to surge, Jakkson moved to Athens, Ohio, for his senior year of high school. He joined his first Gay/Straight Alliance, but he was not welcomed with open arms in his new community.

“Outside of the University, Athens has a lot of work to do when it comes to recognizing and accepting LGBTQ+ individuals,” Jakkson said. “I didn’t feel like I belonged. No one knew me and everyone already had friends, so they didn’t really want to connect with me.”

The first person Jakkson disclosed his transgender identity to one of his friends at school. “They didn’t know how to respond to me,” he said. “They didn’t necessarily say anything mean but they acted as if I was confusing and weird. This experience made me not want to talk about it again in school.”

High school graduation came and went, and it was then time for Jakkson to move on to college at Ohio University. Though he remained in the Athens area, he explained, “the transition from a relatively conservative public school system to a more liberally dominant student body at the university level was very relieving.”

“OHIO strives to serve and celebrate people of all genders, orientations, and expressions of identity by helping them navigate living with one or more marginalized identities, regardless of where they are in their journey,” Micah McCarey, director of the LGBT Center, said. “We want to hold space for individuals to explore and redefine who they are and what their future can look like.”

Jakkson is fortunate to have had a positive interpersonal experience at OHIO during his transition. All of his professors and work supervisors were very accepting of his change in pronouns and offered support when he missed class or work for medical leave during surgeries.

“One of the hardest things for me was speaking Arabic. Because it is a heavily gendered language, it made it difficult in my Arabic classes, but everyone was very respectful about it,” Jakkson said.

Another challenge was changing his name and pronouns in OHIO’s administrative system. Jakkson applied for OHIO under the name Ameera with the pronouns she/her/hers. Six months later, he began his legal transition to his rightful gender identity. The process of changing these identity factors was relatively simple, but visibility was another issue.

Though there is a tool in the University’s central system to specify preferred name and pronouns in student accounts, a student’s preferred name is often shown alongside their legal name (which is sometimes referred to as one’s “dead name”). Additionally, pronouns are listed in the very last – and often neglected – column of a student’s record when referenced by faculty and staff. This can cause issues for transgender students being recognized with their declared pronouns from their first interactions.

Regardless of whether one is discussing sexual expression, gender identity, race, culture, or religion, it is extremely important to be conscientious of using the correct language and terminology towards others. More information about the use of pronouns at OHIO can be found here.

Jakkson described his gender reassignment surgeries as “liberating.” Other than his top surgery “lifting a literal weight off [his] shoulders,” it has also enabled more people to use his correct pronouns, which has made all the difference in his self-confidence.

Fortunately, Jakkson isn’t alone in his experience with supportive faculty, staff, and fellow students at OHIO. LGBTQ+ leaders on campus have many positive things to say about the support they have received in their community.

“The student body is fantastic about supporting the LGBTQ+ community. Every time there has been vocal opposition on campus, allies are always present at protests and right alongside us,” said Ser Spinelli, president of Spectrum Plus, a queer social organization that provides support to LGBTQ+ students and allies.

Allyship is a lifelong process of holding oneself accountable for building supportive relationships with marginalized people and standing alongside them whenever needed. The president of the student organization Allies, Luvina Cooley, explained that though the overall campus culture is very accepting of LGBTQ+ people, “no place is going to be 100% safe. There are going to be people who are not accepting, and it’s important to intercede where one is able.”

There are many ways in which you can be a better ally on campus. Cooley said that from her own experience, coming out can be scary, and having someone to just listen can be helpful. Additionally, Spinelli offered a simple tip for any future interaction you have.

“Don’t assume someone’s gender; make a habit of asking for pronouns when meeting someone new and extend compassion,” Spinelli said.

Being an ally is a lifelong commitment to uplifting the voices of queer individuals. Beyond LGBT History Month, it is critical for the Bobcat community to ensure that marginalized voices are heard, and their histories celebrated, throughout the year.

Engage with the conversation and learn about more ways to make respect visible on campus at ohio.edu/visible. 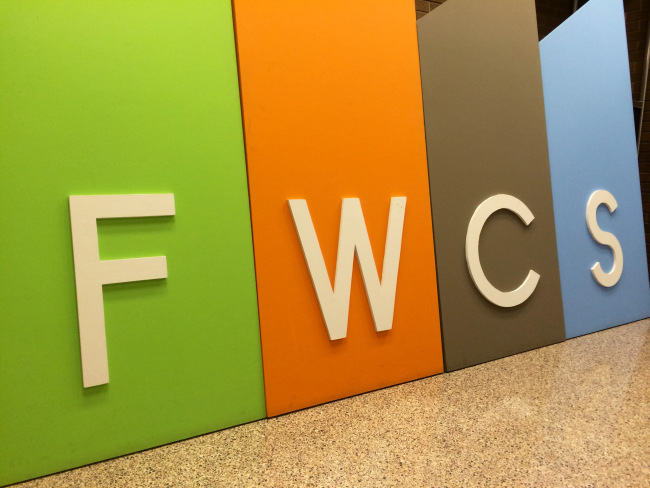