LAKE GEORGE, N.Y. (NEWS10) – Heavy rainfall means heavy water flow along tributaries of all shapes, sizes and paths. In the village and town of Lake George, many of those tributaries pass under or through private properties on their way to the lake. The Lakefront Terrace Resort operates by one […]

LAKE GEORGE, N.Y. (NEWS10) – Heavy rainfall means heavy water flow along tributaries of all shapes, sizes and paths. In the village and town of Lake George, many of those tributaries pass under or through private properties on their way to the lake. The Lakefront Terrace Resort operates by one of those tributaries, and on Friday morning, its owners woke up to the last consequence that they would have ever wanted to face.

“We’ve been trying to address this problem for several years,” said hotel owner Ken McGurk, speaking over the roar of water flowing fast through a torn path, several feet deep, that cut through the hotel’s driveway and into the lake overnight. “Anytime we get a big rainstorm, we get washouts. If you get a really significant rainstorm, this is the potential.”

Where not to hike until mud season is over

The parking lot for the Lakefront Terrace Resort – which runs between the hotel and a thin strip of land owned by the Fairview Association homeowner group – was torn up beyond the point of use on Friday morning, with chunks of pavement torn asunder by the force of water flowing onto the property from next door. McGurk and Fairview representative Kurt Wisell have seen water damage like this once before, and both times, they say it’s come from the same place.

Four years ago, a culvert failed on the road along the property of a neighboring private residence. The culvert became plugged up, sending rainwater into the hotel and association’s shared driveway. The damage caused then was lesser, but similar to what McGurk, Wisell and a contractor stood assessing on Friday.

“The property owner has refused most of our communication,” said Wisell. “We offered to split the cost of repair (of the culvert) three ways with them, and they ignored us. Four years later, here we are again.”

As of Friday morning, there was no real estimate yet of how much it would cost, or how long it would take, for the owners of the driveway to get the water drained, and the pavement replaced. The last time the culvert clogged, McGurk and Wisell tried to get the town of Lake George involved. The town attempted to bring the property owners together to resolve things, but declined to get further involved, as the issue is a dispute between privately-owned properties along Route 9, a state road.

This week’s round of heavier damage creates more potential harm to the lake. Countless gallons of water were still gushing through the chasm in the lot on Friday morning, carrying chunks of pavement, dirt, runoff and any number of other substances that could create an environmental hazard. For the town, that hazard is the point of highest concern.

“We would be remiss to go on private property and do anything,” said Lake George Town Supervisor Dennis Dickinson. “That doesn’t mean we wouldn’t be available to help. A main concern has been the protection of Lake George, and this event has caused a tremendous amount of rock debris to wash into the lake. If there’s something we can do to alleviate that, then we would step in.”

A year in, 20 Queensbury homes on bottled water only

Dickinson said that the town has spent thousands of dollars in stormwater management for newer subdivisions in Lake George, like one on higher ground near the hotel. The problem is that surface water and shallow soil can still create issues for older structures closer to the water, where stormwater drainage may not have been installed with the same degree of care exercised today.

The plight of Lakefront Terrace Resort and the Fairview Association is not an entirely unique one. Last month, the owner of the Howard Johnson by Wyndham hotel in the village ended an 11-year struggle with a flooding parking lot, besieged by a water flow that both the hotel operator and the village mayor say came from a parking area on Prospect Mountain, which overlooks the village. Dickinson sees the impact of stormwater and snowmelt on the lake community as a problem that won’t go away anytime soon.

Meanwhile, McGurk is facing a difficult reality: Repairing the scar running through his parking lot is going to take time. He’s hoping that the town of Lake George will be willing to step in and do something to help expedite the repairs to come. With the start of Lake George’s busy summer season just a couple months away, there’s only so much time to act before the ruined driveway begins to ruin business.

“It’ll be tough to get this fixed before we open for Memorial Day,” said McGurk, who has owned the Lakefront Terrace Resort since 2018. “We’ll try, but it could definitely impact the summer season.”

How to Ease Back into Traveling for Work

Sun Apr 10 , 2022
Transitioning back into business travel after the Covid-19 pandemic isn’t as simple as buying a plane ticket. Individuals are having to remember how to pack efficiently, adjust to time zone changes, and modify their meeting schedules — and that’s on top of monitoring differences in travel restrictions, quarantine requirements, and […] 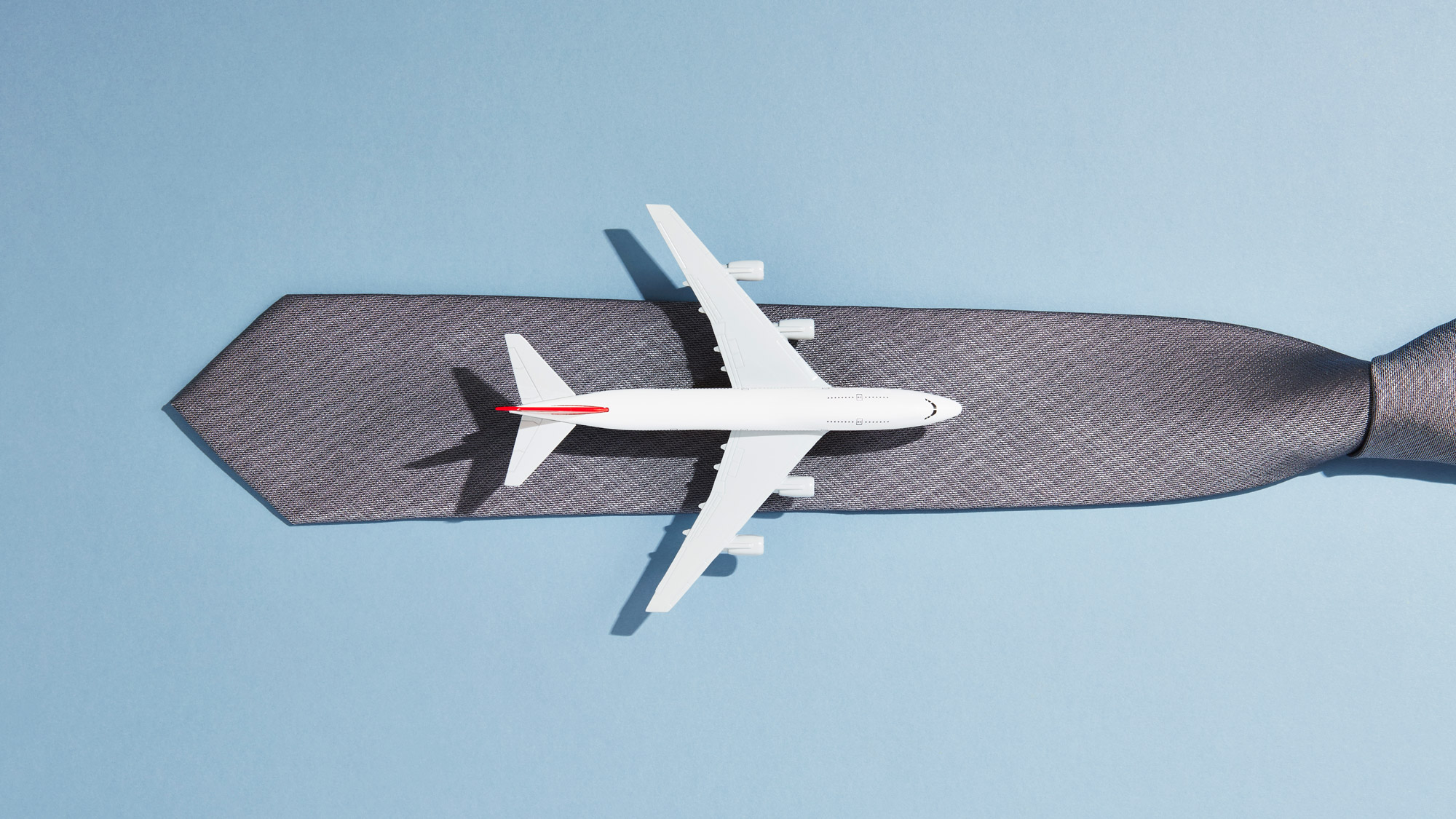