At the same time COVID cases are surging all over the country, employment in hospitals is down, reaching a six month low in December, according to the latest jobs numbers. Hospitals were running short on nurses even before the pandemic, often turning to traveling nurses to fill the gaps. Now, […]

At the same time COVID cases are surging all over the country, employment in hospitals is down, reaching a six month low in December, according to the latest jobs numbers.

Hospitals were running short on nurses even before the pandemic, often turning to traveling nurses to fill the gaps.

Now, with those shortages even worse, pay for travel nurses is skyrocketing, hitting the bottom line for hospitals and making staff nurses question why they stay.

As a traveling nurse who works in intensive care units, Maryam Smith has seen some of the worst of the pandemic in ICUs from New York down to Florida.

“Those are intense assignments. You have an N95 on for 12 hours a day, you’re dealing with death … it’s a lot of work,” she said.

“The surge in what they’re paying us is, I want to say about three times higher from 2018 when I started traveling nursing,” she said.

“Hospitals are in a bit of a war with each other because there’s such an extreme staff shortage,” said Rebecca Givan, co-director of the Center for Work and Health at Rutgers.

At the same time, staff nurses are making significantly less.

“Nurses can always make more by quitting their jobs and becoming travel nurses, and the more nurses that quit, the harder the jobs are for the long-term employees,” Givan said.

Nurse Shelby Thomason in Minnesota doesn’t want to be on the road all the time, and sees the value of knowing the ins and out of the clinic where she works.

“You know the number to respiratory therapy, and the number for the charge nurse on the unit next door, you just have those unit those phone numbers memorized, because that’s a big part of your job,” she said.

But she’s often curious about what she could be making. She found one of her old shifts posted on a site that recruits traveling nurses.

“When you’re working next to somebody that’s making quite that much more than you and you’re doing the exact same job. It’s feels a little bit dystopic,” she said.

Her problem isn’t with other nurses making the high rates, but with hospitals she said don’t staff properly in the first place.

Wed Jan 12 , 2022
Hong Kong announced a series of strict pandemic control measures on Wednesday, including suspending flights from the United States and seven other countries, as it scrambled to contain an incipient coronavirus outbreak. The new measures came as the authorities held thousands of passengers of a cruise ship under mandatory quarantine […] 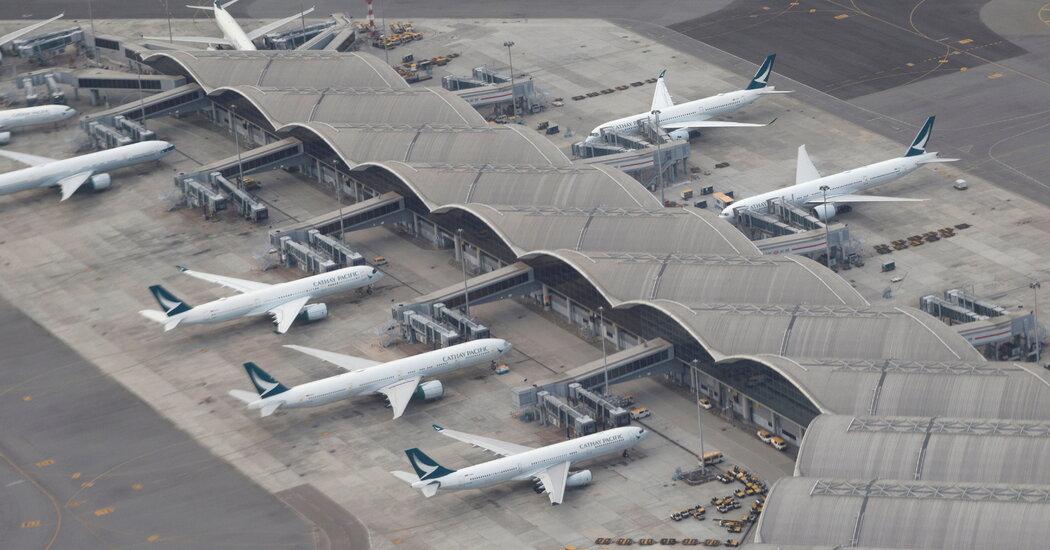