PONTE VEDRA BEACH, Florida – PGA TOUR Champions announced today the schedule for its 2022 season, which features 28 events and will conclude at the Charles Schwab Cup Championship in Phoenix, Arizona. The 25-event regular season will welcome one new tournament, the ClubCorp Classic in Irving, Texas, and players will […]

PONTE VEDRA BEACH, Florida – PGA TOUR Champions announced today the schedule for its 2022 season, which features 28 events and will conclude at the Charles Schwab Cup Championship in Phoenix, Arizona. The 25-event regular season will welcome one new tournament, the ClubCorp Classic in Irving, Texas, and players will visit 20 U.S. states and three international countries (Morocco, Scotland, Canada). In 2022, players will compete for over $62 million in total prize money, the highest in PGA TOUR Champions’ 42-season history.

“As we wrap up the historic 2020-21 combined season, we are excited to share next year’s schedule with our players, fans and partners who enjoy watching golf’s greatest legends compete on PGA TOUR Champions,” said PGA TOUR Champions President Miller Brady. “Our 2022 schedule features the return of three events – the Trophy Hassan II in Rabat, Morocco, the Hoag Classic in Newport Beach, California, and the Rapiscan Systems Classic in Biloxi, Mississippi – and we look forward to continuing to share the game of golf with our fans at some of the world’s top courses.”

The 2022 season will tee off with the Mitsubishi Electric Championship at Hualalai the week of January 17-22 in Ka’upulehu-Kona, Hawaii. In February, the Tour heads to Naples, Florida for the Chubb Classic followed by a trip to Tucson, Arizona for the Cologuard Classic. Then, the Tour returns to Newport Beach, California for the Hoag Classic, which was cancelled in 2021 due to COVID-19. In March, PGA TOUR Champions heads across the Atlantic to Royal Golf Dar Es Salam in Rabat, Morocco for the Trophy Hassan II before returning stateside to play the Rapiscan Systems Classic at the Jack Nicklaus-designed Grand Bear Golf Club in Biloxi, Mississippi.

In April, PGA TOUR Champions will play a new event, the ClubCorp Classic, which will take place April 18-24 at Las Colinas Country Club in Irving, Texas. The unique format of the tournament will match PGA TOUR Champions players with 50 of the biggest names in sports and entertainment, as well as a group of amateur golfers, who will gain entry through a ClubCorp qualifier.

“We are grateful for the support of our title sponsors, and we are excited to welcome ClubCorp to the PGA TOUR Champions family,” said Brady. “Twenty-three of our title sponsors are under contract through at least 2023, and we know their partnership plays a key role in the continued growth and evolution of the Champions Tour.”

The PGA TOUR Champions schedule features five major championships, which begin in May with the Regions Tradition in Birmingham, Alabama, and conclude in July with The Senior Open Presented by Rolex in Scotland.

New hotel open in Grand Rapids: Inside The Finnley

Fri Nov 5 , 2021
GRAND RAPIDS, Mich. (WOOD) — Visitors to downtown Grand Rapids have a new place to stay: The Finnley. Located on the southeast corner of Monroe Center and Ionia Avenue NW, the five-bedroom, 2,600-square-foot micro-hotel celebrated its grand opening on Oct. 15. While Brad Veneklase has been a real estate broker […] 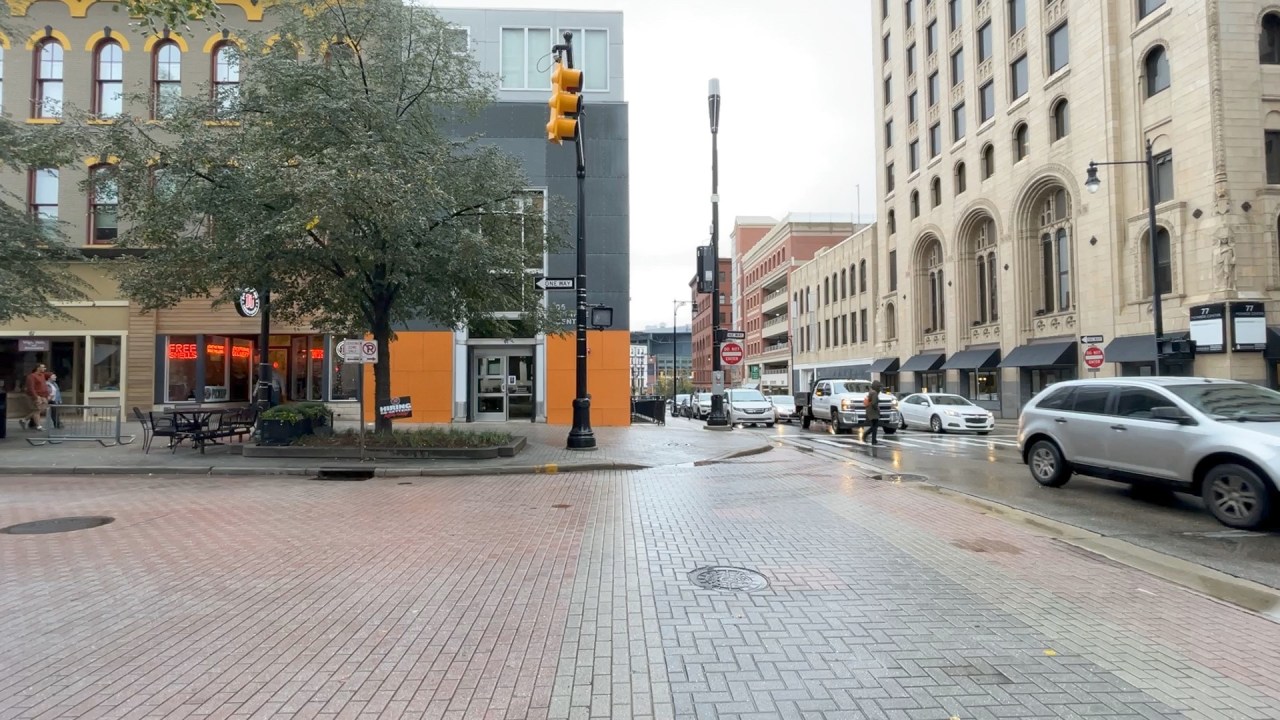