Placeholder while article actions load His reputation battered by his decision to play in the Saudi-backed LIV Golf series, Phil Mickelson said Wednesday that he does not plan to follow Dustin Johnson and others in quitting the PGA Tour and again stopped short of saying whether he had been disciplined […]

His reputation battered by his decision to play in the Saudi-backed LIV Golf series, Phil Mickelson said Wednesday that he does not plan to follow Dustin Johnson and others in quitting the PGA Tour and again stopped short of saying whether he had been disciplined by the tour.

“I’ve gained a lot from the PGA Tour, and I’ve received a lot,” Mickelson told reporters on the eve of the first event of the LIV Golf Invitational Series, which offers a prize fund of $255 million for the season, at the Centurion Club near London. “I’ve worked really hard to contribute and add value to the tour during my time there. I worked really hard to earn a lifetime exemption, and I don’t want to give that up and I don’t feel like I should have to. I don’t know what that means for a future. I don’t know what’s going to happen. But I’ve earned that, and I don’t plan on just giving it up.”

Mickelson, 51, is back in the game after taking a break in the hubbub over his comments on the Saudis and the LIV series. He refused to clear up the question of whether the PGA Tour had suspended him. “I have a lot of strong opinions on things that should and could be a lot better,” Mickelson said. “One of the mistakes I’ve made is voicing those publicly. So I will really make an effort to keep those conversations behind closed doors going forward. I think that’s the way to be the most efficient and get the most out of it.”

Barry Svrluga: When golfers ignore who sign the checks, they miss what’s being bought

Sporting a scruffy beard, the six-time major champion frequently paused to weigh his words before answering. He declined to say whether reports that he would receive $200 million for playing in the eight LIV Golf events were accurate and repeated that he does “not condone human rights violations.” Mickelson’s comments on the murder of Washington Post journalist Jamal Khashoggi and other human rights violations had prompted a strong backlash against a golfer who has been one of the most popular American athletes for years. The Saudis have denied involvement in Khashoggi’s death.

“I don’t condone human rights violations at all,” Mickelson said. “Nobody here does, throughout the world. I’m certainly aware of what’s happened with Jamal Khashoggi, and I think it’s terrible. I’ve also seen the good that the game of golf has done throughout history, and I believe that LIV Golf is going to do a lot of good for the game as well. I’m excited about this opportunity, and that’s why I’m here.”

Mickelson has not played in a PGA Tour event since missing the cut at the Farmers Insurance Open in January. The absence followed his comments to biographer Alan Shipnuck that he was willing to overlook Saudi Arabia’s human rights record.

“They’re scary motherf—–s to get involved with,” Mickelson said. “We know they killed [Khashoggi] and have a horrible record on human rights. They execute people over there for being gay. Knowing all of this, why would I even consider it? Because this is a once-in-a-lifetime opportunity to reshape how the PGA Tour operates.”

On Wednesday, Mickelson declined to address those and other comments to Shipnuck but said he has “said and done a lot of things that I regret. I’m sorry for that and sorry for the hurt it caused a lot of people.” He pointed out that his four-month break was something he hadn’t had in more than 30 years.

Everything you need to know about the LIV Golf Invitational Series

He intends to play the four majors (the Masters, PGA Championship, U.S. Open and British Open), which are not operated by the PGA Tour. The U.S. Golf Association puts on the U.S. Open, and it announced Tuesday that anyone who qualified for next week’s tournament at the Country Club in Brookline, Mass., will be allowed to play.

Sun Jun 12 , 2022
A LEADING trade union has hit out at a council decision to scrap a body responsible for scrutiny of its leisure services. Belfast City Council is to wind down its Active Belfast Limited Board (ABL), which was set up following the outsourcing of its municipal leisure services in 2014.  The […] 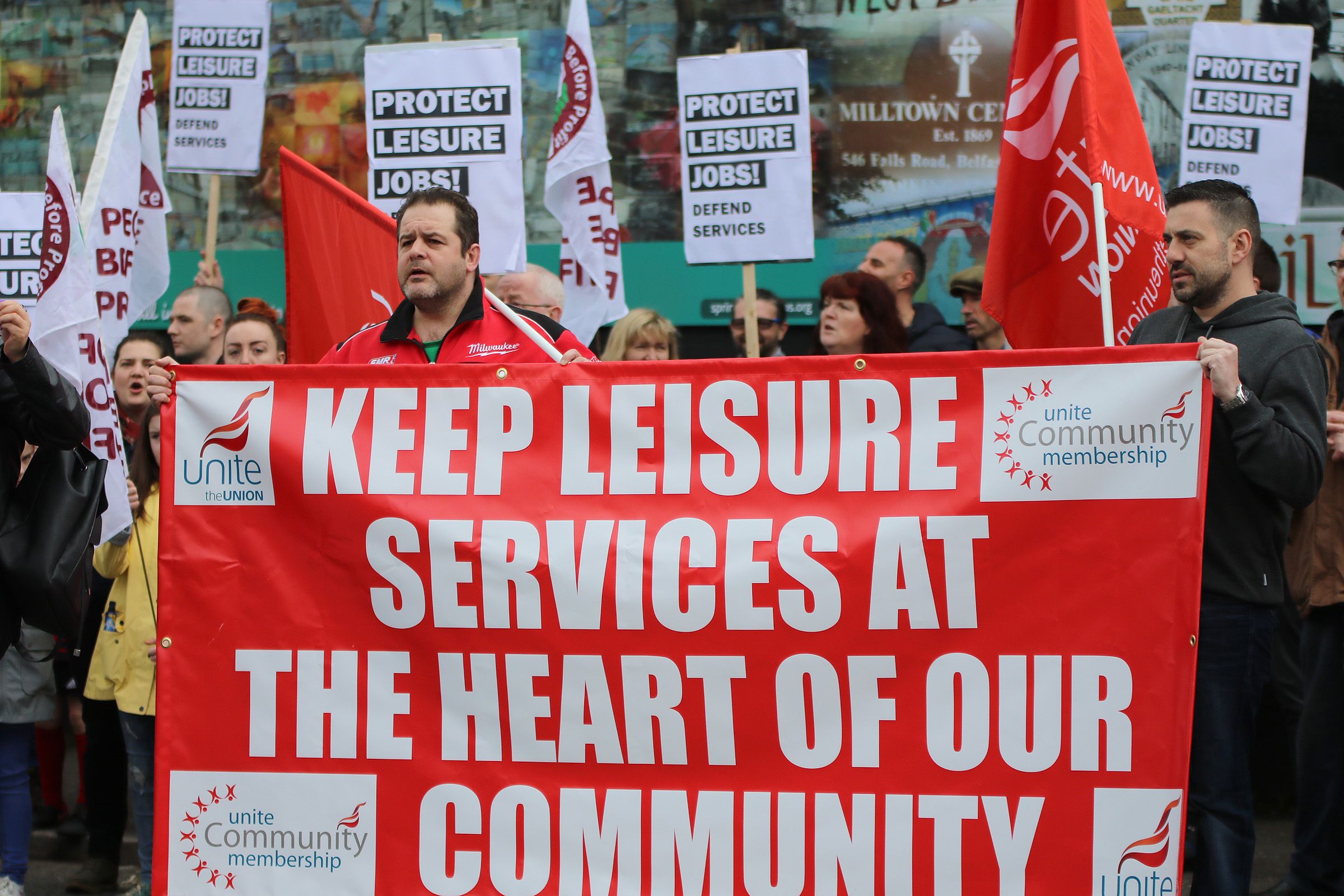