Todd Hogan traveled from Bowling Green to Louisville last weekend to visit one of his favorite haunted houses, The Haunted Hotel. But, the scare he got wasn’t the one he came for.  First, mouthy line cutters marred the experience. Then, shouts of shots fired sent him and his three friends […]

Todd Hogan traveled from Bowling Green to Louisville last weekend to visit one of his favorite haunted houses, The Haunted Hotel. But, the scare he got wasn’t the one he came for.

First, mouthy line cutters marred the experience. Then, shouts of shots fired sent him and his three friends running.

The source of the frightening noises, and whether or not they were gun shots, is unclear. But, The Haunted Hotel in South Louisville announced security changes this week, including a ban on unaccompanied minors, after at least two weekends of young and rowdy patrons.

A Louisville Metro Police Department spokesperson, Dwight Mitchell, said the department responded to the scene but found no evidence of shots fired. Police asked the crowd to disperse, and no arrests were made, he said.

Hogan’s visit to Louisville left him with a bad impression.

The Haunted Hotel, reportedly Kentucky’s longest continuously running haunted house, has adopted several new security measures — among them: a wave of a security wand and/or bag checks, a weapons and alcohol ban, zero tolerance for fighting and arguing with staff and no tolerance for line-cutters, including those facilitating line cutting.

These safety measures are in addition to the five to seven off-duty LMPD and security officers who monitor The Haunted Hotel every night.

Haunted Hotel owner and Louisville resident Kevin Stich, who has owned the business for 12 years, said that having to put the new safety measures in place has been “a little depressing” considering all of the work and money that he put into opening the attraction for the season. In 2019, The Haunted Hotel was named one of the best in the country by the Haunted Attraction Association.

“I think it’s very out of the norm that it did happen,” Stich said. “We want to put those measures into place just to try and alleviate anything that could happen.”

Stich believes that every incident near and at The Haunted Hotel has been perpetrated by minors. Two weekends ago, a fight amongst a large group of young people broke out. Then, last week, more young people started cutting in line. After Stich’s staff kicked them out, the alleged minors gathered at a nearby property. It was there that a noise came from a white SUV that people believed to be gun shots, according to Stich, who heard the story from other patrons and his security team. In both instances, The Haunted Hotel shut down for the night afterward.

Stich, who also owns eight other attractions across the country, said he’s seen an uptick at all of them in youth violence. In the past, he’s only employed two security guards at The Haunted Hotel. This year, he decided to raise the number significantly. He said that this was because the Hotel had increased advertising and was expecting larger crowds.

This Friday will be The Haunted Hotel’s first evening with its new safety measures.

“I think it’s just important to notice that, you know, unfortunately crime happens everywhere, and sometimes it comes to places we least expect it,” said Stich. “We continue to operate daily and, you know, we still believe that everything that we do is safe and is for enjoyment, entertainment, and we want people to be confident that they can come there and have a good time.”

Anyone who bought a ticket to The Haunted Hotel, but who did not get to use it on a night that it shut down, should be able to redeem it, said Stich.

Hogan said that he plans to return to The Haunted Hotel — just maybe on a Sunday when he suspects the crowd might be calmer.

Keep Louisville interesting and support LEO Weekly by subscribing to our newsletter here. In return, you’ll receive news with an edge and the latest on where to eat, drink and hang out in Derby City.

Pentagon Setting Up Flights for Migrants Amid Texas Border Surge

Sat Sep 25 , 2021
The military was working Wednesday to arrange contracted commercial flights to move migrants surging at the Texas-Mexico border to immigration processing sites in the U.S., Pentagon spokesman John Kirby said. No flights had yet been chartered by U.S. Transportation Command, but the assistance requested by the Department of Homeland Security […] 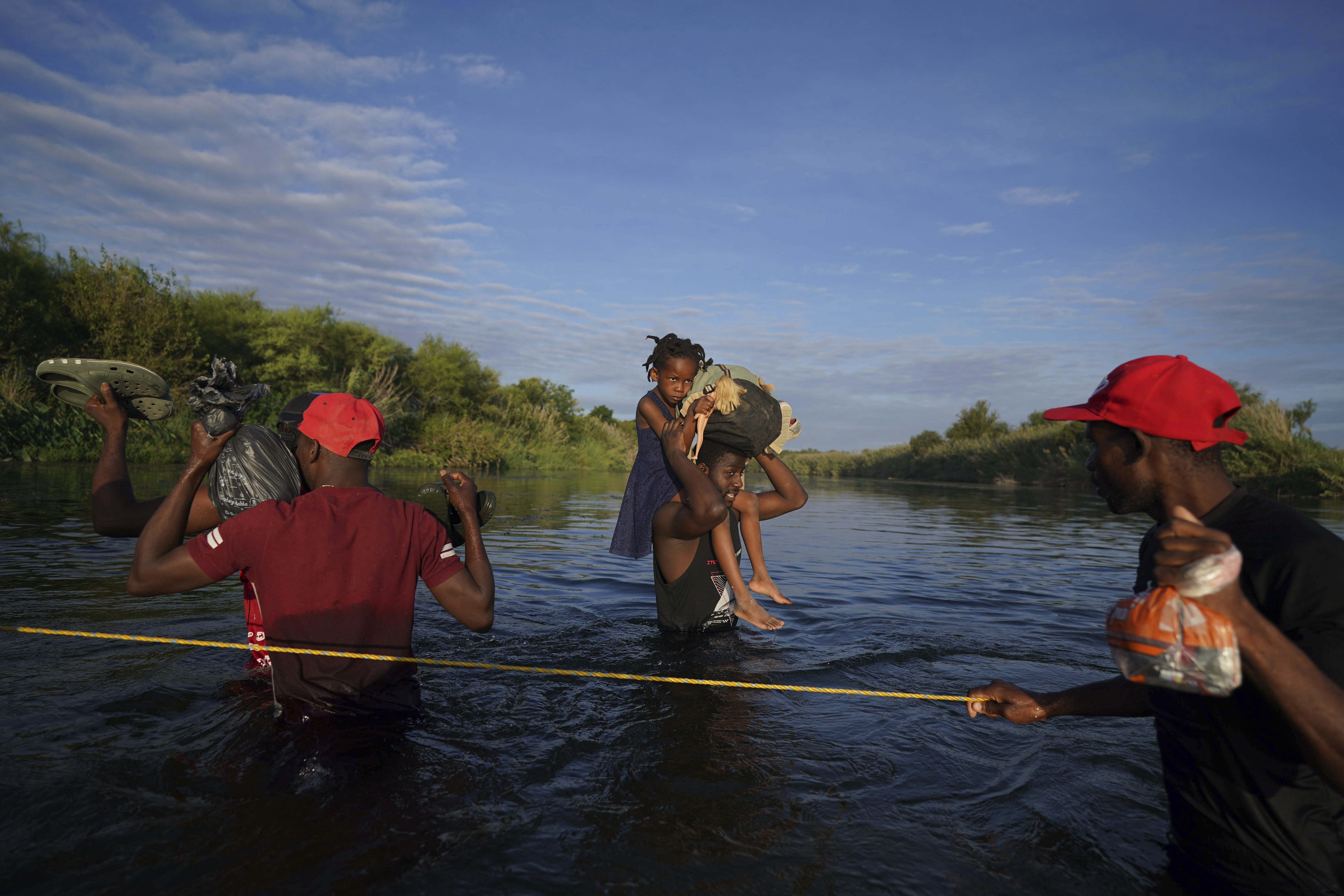