SINGAPORE, Nov 16 (Reuters) – Singapore Airlines Ltd (SIAL.SI) expects to resume Boeing Co (BA.N) 737 MAX flights before the end of the year, a senior executive said on Tuesday, in a positive sign for the model’s return in Asia.

But Singapore Airlines has not returned them to service yet because it needs the green light from other countries to fly the 737 MAX in their airspace and land the plane.

“We certainly hope it will be as soon as possible,” Singapore Airlines Executive Vice President Commercial Lee Lik Hsin told reporters of the planned return. “We definitely expect that it will be before this year is out.”

India, Malaysia, Australia and Japan are among other Asian countries that have approved the plane’s return to service, while China and Indonesia are among those that have not.

China’s aviation regulator, however, has told airlines it is satisfied that design changes could resolve safety problems, Reuters reported on Sunday, signalling it is closer to lifting the ban. read more

Boeing Chief Executive David Calhoun said last month the company was working toward gaining Chinese approvals by the end of the year.

Singapore Airlines has six 737 MAX planes in its fleet and another 31 on order to be used for flights around Asia.

The initial six planes were previously flown by regional brand SilkAir, which has since been folded into the more premium parent airline.

Singapore Airlines unveiled on Tuesday new lie-flat seats in the 737 MAX business class – a rarity for a narrowbody plane – as part of a S$230 million ($169.94 million) investment in cabin products.

It has also installed in-flight entertainment systems in economy class, helping to distinguish the experience from low-cost arm Scoot.

All 37 planes will feature the new product, Lee said.

Singapore Airlines said on Friday it expected to receive eight more 737 MAX planes by March 31, 2022, though only one of them would enter service by that date.

Sat Nov 20 , 2021
When Taiwo Awoniyi’s son, Emmanuel, is old enough, he will hear the story of his father’s journey to Union Berlin. While Emmanuel will grow up wanting for nothing, Taiwo wants to tell him the tales of his childhood: of how he used to go without food to play football, and […] 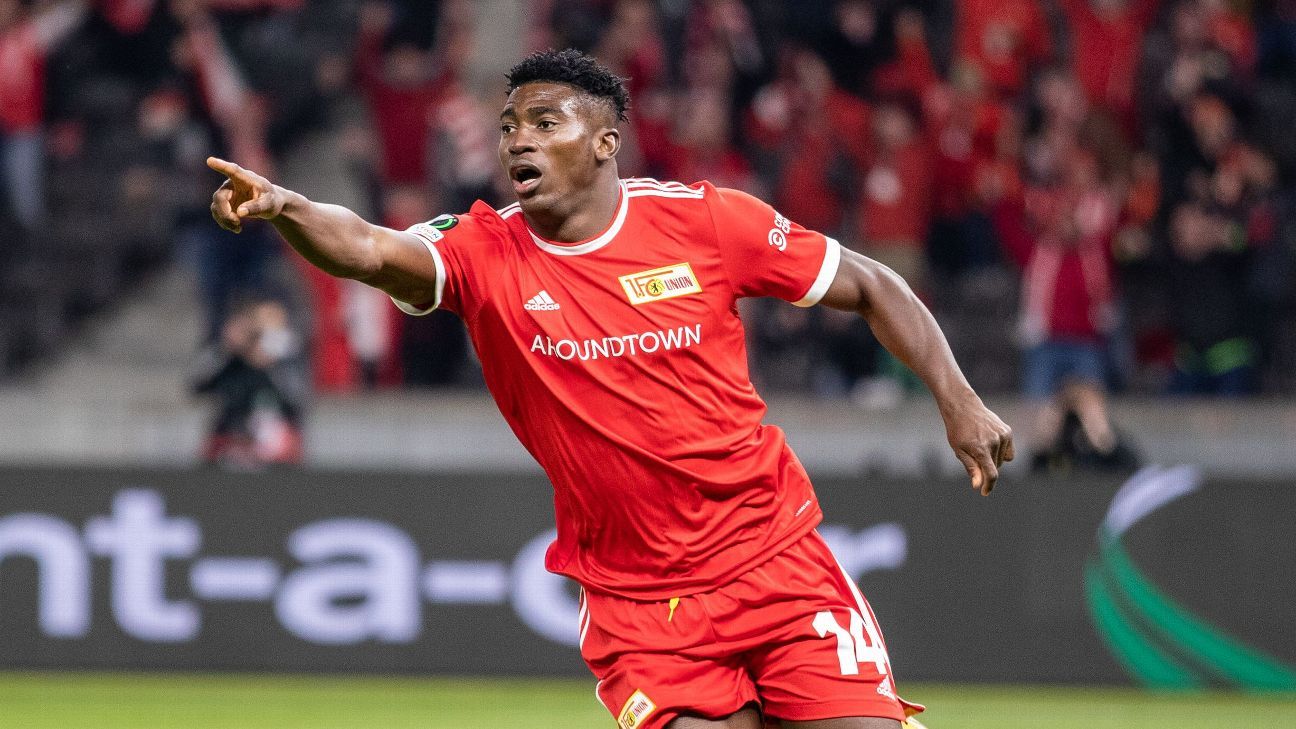