The latest insight into the world’s fastest recovering long-haul beach and sun destinations is out. For many European travelers, Mexico and the Maldives are trending above the 2019 level, while Orlando, Cancun, and Dubai are among the leading destinations. The results are based on Skyscanner’s global flight data. Skyscanner explored […]

The latest insight into the world’s fastest recovering long-haul beach and sun destinations is out. For many European travelers, Mexico and the Maldives are trending above the 2019 level, while Orlando, Cancun, and Dubai are among the leading destinations. The results are based on Skyscanner’s global flight data.

Mexico and the Maldivies lead the recovery

Mexico and the Maldivies are responsible for six of the world’s ten fastest-growing international country-pairs, according to the latest report from Skyscanner. The company analyzed the 100 best-performing and found that ‘redirects’ for the Netherlands to the UAE were up by 190{352461131e134de422042936fefa1ec7b3be3957215d9cdd4e62cdd9b65caf90}.

Redirects are where Skyscanner’s website sends a traveler to a travel provider to book a flight. There’s a threshold of 1,000 redirects. Skyscanner uses this measure as a proxy for bookings, insisting that it is a “strong indicator.”

The results shown above reflect the significant rise in leisure demand experienced during the pandemic. It also reflects capacity increases, with Europe to the Caribbean, Maldivies, and Mexico having more seats for sale in 2022 than ever before. Colombia to Mexico does too, thanks to the entry and growth of Viva, Vivaaerobus, and Volaris – prices have gone down, and demand has gone up.

Multiple routes have started, including Iberia to Cairo and Luxor; Volaris from Bogota to Mexico City and Cancun; Eurowings Discover, Aer Lingus, Air Belgium and KLM to the Caribbean; and many more. SAS was set to begin winter flights across Latin America, but they aren’t bookable.

Virgin Atlantic said that high premium demand fuelled its Caribbean expansion, while British Airways returned to Malé, the Maldives capital. However, demand for the Maldivies is perhaps best demonstrated by looking at the Gulf carriers, who carry a disproportionate volume of passengers. This winter, departures to Dubai and Doha are up by a quarter, mainly thanks to Qatar Airways and flydubai. Male is currently Qatar Airways’ second-largest market.

Stay aware: Sign up for my weekly new routes newsletter.

A different picture emerges if long-haul leisure routes are examined at airport level, with London Heathrow to Orlando taking the top spot. Redirects are up by 245{352461131e134de422042936fefa1ec7b3be3957215d9cdd4e62cdd9b65caf90} versus 2019. It is obviously directly influenced by BA and Virgin now serving Orlando from the airport, with up to three daily flights. (Orlando also has up to two daily flights from Gatwick.)

What about unserved routes?

Of the ten fastest-growing markets shown above, only Heathrow to Cancun is unserved, while Gatwick to Cancun – which does have non-stops – is up strongly too. Heathrow’s 222{352461131e134de422042936fefa1ec7b3be3957215d9cdd4e62cdd9b65caf90} increase is significant, but we don’t know the actual volume of redirects (and of those how many booked) or what the prices were.

As Cancun is so tourist-driven, the downside is apparent. Booking data shows they paid an average of just $231 each way in 2019, excluding any fuel surcharge (kept by the airline) and government taxes. That’s very little for a near 5,000-mile (8,000km) flight. It’s a similar situation to flypop’s potential routes to India from Stansted.

What do you make of the latest developments? Let us know in the comments.

When Traveling This Year, Don’t Over Prepare. Just Go.

Mon Jan 24 , 2022
“Get Out There” is a monthly column for itchy footed humans written by Paste contributor Blake Snow. Although weird now, travel is still worthwhile—especially to these open borders. Humans are so scared of dying, they’ll often go to excessive, if not extreme, measures to avoid that dreadful fate. […] 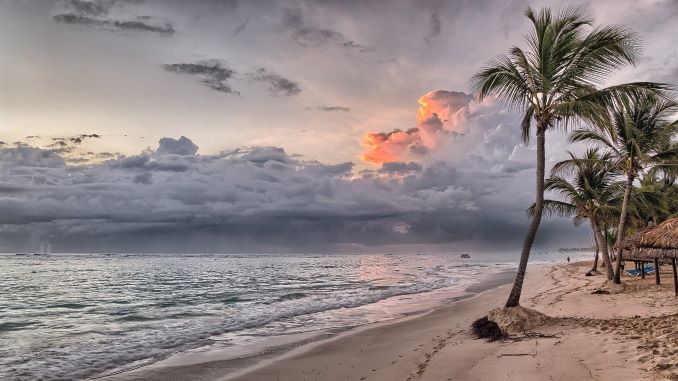