Dallas-based Southwest Airlines is cutting nearly 20,000 flights from its summer flight schedule and accelerating efforts to hire new employees as it readies for a busier summer travel season. Along with delays in aircraft orders, Southwest like other airlines and companies across the economy is trying to adjust on the […]

Dallas-based Southwest Airlines is cutting nearly 20,000 flights from its summer flight schedule and accelerating efforts to hire new employees as it readies for a busier summer travel season.

Along with delays in aircraft orders, Southwest like other airlines and companies across the economy is trying to adjust on the fly to supply chain and labor shortages crimping the COVID-19 pandemic recovery, even as consumer spending remains strong.

Southwest, which announced another quarter of pandemic-era losses on Thursday, cut about 20,000 flights between June and Labor Day and pushed up hiring plans by another 2,000 workers, bringing the goal to 10,000 net new workers for the year.

“Of course, if we need to trim more capacity we certainly can,” said Southwest Airlines CEO Bob Jordan Thursday. “But I’m cautiously optimistic that we can get to a good balance of headcount and operate our schedules for the remainder of the year.”

Airline ticket prices are rising, and it’s only going to get harder to find cheap flights

Travel is back, but airline ticket prices aren’t quite what travelers remember. Airfares for the upcoming summer travel season have already surpassed pre-pandemic levels from 2019 and airline executives are hinting that more price increases could be ahead. Roundtrip tickets this summer out of DFW International Airport and Dallas Love Field are 29{352461131e134de422042936fefa1ec7b3be3957215d9cdd4e62cdd9b65caf90} higher than they were during the same period in 2019 and flying to hot summer destinations such as Chicago and Las Vegas is 80{352461131e134de422042936fefa1ec7b3be3957215d9cdd4e62cdd9b65caf90} pricier, according to travel company Hopper.

The staffing challenges date back more than a year to when airlines were recalling employees from voluntary pandemic leave. The airline has aggressively been hiring across the company but is facing its biggest shortages in pilots and flight instructors, key positions to put planes in the air. When Southwest can bring on new workers, there are delays because of a shortage of people to train.

Delta Air Lines made similar statements earlier this month about restrained schedules and Fort Worth-based American Airlines also said it was hiring aggressively to make sure it had enough workers to fly its passengers reliably this summer.

Just a year ago, airlines were worried that consumer demand for flying would hinder the travel recovery, but that’s no longer the case. Several airlines, including Southwest, reported another major uptick in travel interest in March as the omicron variant of COVID-19 surge lessened and consumers began planning summer travel.

At Southwest, its March 2022 sales were better than they were in the same month two years ago, the first time that’s happened since the onset of the pandemic.

At the same time, passengers have returned to flying much faster than anticipated, crowding planes and driving up ticket prices to the highest levels since 2019. Travelers are even willing to buy tickets despite rising prices, which are up about 29{352461131e134de422042936fefa1ec7b3be3957215d9cdd4e62cdd9b65caf90} for Dallas area airports compared to 2019.

“So far, we’ve seen no indicator that demand has been dampened by this increase in fares,” Jordan said.

That leaves Southwest with few options this summer if it wants to make sure planes land on time and aren’t canceled.

Some of the biggest schedule cuts are to Southwest’s vacation destinations, including about a quarter of flights from Myrtle Beach, S.C., and Destin-Fort Walton Beach, Fla., according to flight schedule tracker Diio by Cirium.

In return, Southwest said it’s adding more flights to business destinations to regain corporate travelers who have been the most reluctant to fly again.

At Dallas Love Field, home to Southwest’s headquarters, about 4{352461131e134de422042936fefa1ec7b3be3957215d9cdd4e62cdd9b65caf90} of flights are being slashed from July through September, almost 1,000 in total. That includes getting rid of a daily flight from Love Field to Pittsburgh that was scheduled for July and August and cutting daily service to once a week to Charlotte, Memphis, Burbank and Ontario, Calif. The route from Dallas to Pittsburgh is set to return in September, after Labor Day weekend.

In doing so, Southwest is trying to avoid some of the issues that have challenged the carrier over the last year, including stretches of high cancellations that have been blamed on everything from bad weather and air traffic control to staffing issues and COVID-19 surges.

“The biggest factor for airline costs are labor expenses, and this has been an area where Southwest has struggled during the post-pandemic recovery,” said Peter McNally, an analyst with Third Bridge. “As a result, capacity additions are muted because of the inability to staff aircraft.”

Southwest chief operating officer Mike Van de Ven said schedule cuts and more hiring should make the airline more reliable this summer, along with adjusting flight schedules to focus on more short trips for airplanes. Those shorter flights should help the company recover faster when there are weather problems, he said.

The first problem that needs to be solved is hiring.

There were about 2,200 fewer employees at Southwest in February than there were three years earlier, according to the Bureau of Transportation Statistics. That’s despite hiring 5,000 workers in 2021.

But the company isn’t even getting as much as they used to out of workers. More employees are calling in sick and more are on leave. Pilots are canceling more shifts due to fatigue and blaming it on erratic schedules from delays and cancellations, the Southwest Airlines Pilots Association has said.

Southwest, long seen as one of the nation’s best companies to work for with perks rare outside the travel industry, has turned to instant interviews and offers to snag potential new hires before they accept another job. In February, Texas recorded the highest number of job openings on record — some 932,000.

“I think we’re going to have to continue to work hard and adapt our hiring,” Jordan said. “We’ve all had to speed up the processes.”

Mon May 2 , 2022
There’s a simple but powerful promise in “Little Story,” the orchestral epic that opens Kehlani’s new album, “Blue Water Road” — one that captures what it feels like to spend a lifetime chasing safe, tender intimacy in partnership: “Working on being softer/’Cause you are a dream, to me.” The phrase […] 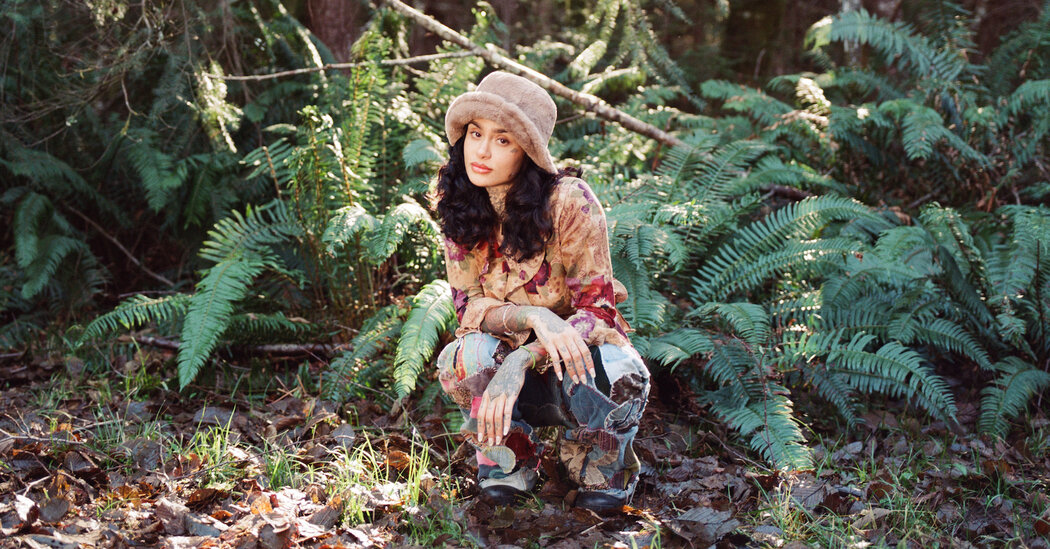