Placeholder while article actions load Last month, an Icelandic airline advertising cheap flights to Europe took its inaugural trip from the United States to Keflavik Airport, outside of Reykjavik. At the departure gate in Baltimore-Washington International Marshall Airport, Play airlines commemorated the occasion with an unusual sight: a cake shaped […]

Last month, an Icelandic airline advertising cheap flights to Europe took its inaugural trip from the United States to Keflavik Airport, outside of Reykjavik. At the departure gate in Baltimore-Washington International Marshall Airport, Play airlines commemorated the occasion with an unusual sight: a cake shaped like a volcano. I ate a surprisingly tasty slice before boarding the first of four flights I would take to test out the low-cost carrier.

On its website, Play advertises core values such as safety, on-time performance, simplicity, happiness and low prices on trips to more than 20 “wonderful destinations in Europe and North America.” The airline began operating in Europe last June, offering travel to tourism powerhouses such as Prague and Copenhagen, as well as some less familiar places such as Spain’s Canary Islands and Stavanger, Norway.

I took the carrier’s first flight from Baltimore to Reykjavik for a layover en route to London Stansted Airport. Then I returned home from Paris Charles de Gaulle Airport with another connecting flight in Reykjavik.

Here’s what I liked, disliked and advise for potential Play travelers.

How do you actually get those $49 flights? There’s always a catch to airline sales.

After you plug in the details of your trip, Play’s website loads a calendar showing the starting price of tickets on any given date. Because Play is much smaller than a Delta or Lufthansa, you may have one option for a flight each day. There may also be days of the week that the airline doesn’t go to your desired destination — something to keep in mind as you’re planning your trip.

The prices you see on the calendar will inevitably climb because of fees and add-ons that come later. They also reflect the cost for one traveler per one-way flight “when booking round-trip flight,” the website says. Buying a one-way ticket instead may be more expensive: I was quoted $187 for my flight to London for one half of a round trip, but $356 once I changed it to one-way (I wanted to fly back to BWI from Paris.)

After you confirm your flight details and input passenger information, the add-ons start piling up. You are allowed one personal item free as long as it fits under the seat. Anything else will cost you. The prices for carry-on bags ($26 to $69 per direction) and checked bags ($32 to $89) vary depending on your destination, the time of year, and whether you pay online or at the airport.

Sometimes Play is cheaper, and sometimes it isn’t. When searching for my same itinerary during one week in May, Delta’s economy price ($618) beat Play ($976). A week earlier, though, Play was $617 while the same itinerary with American and British air was $724.

Everything to know about flying with pets, from people who do it most

Play operates out of some big-name airports (BWI, Charles de Gaulle, Boston Logan, Orlando International) as well as secondary ones (New York Stewart International Airport, London Stansted). I appreciated arriving at Stansted vs. hectic Heathrow, and I could still take a convenient train to the city center. At the Paris airport, Play was located in the same terminal as other low-budget options like easyJet and Iceland Air.

Connecting through Iceland is a piece of volcano cake. The airport is small and easy to navigate, making it simple to get through border control and onto your next flight. Depending on the time of day, you can buy food, drinks and souvenirs from one of the cafes and shops. If you’re passing through at a very early or late hour, there is a vending machine with some light refreshments for purchase.

I did miss some of the little touches you get from the bigger airlines, including being able to add your boarding pass to your Apple wallet for easy access, or email and text notifications about gate changes. I was killing time at the Paris airport thinking I was at the right place — according to my boarding pass — with plenty of time to spare when I was actually supposed to be on the other side of the building. On a leisurely stroll to stretch my legs, I saw on the departures monitor that the airline was calling for final boarding at a different gate.

Play sent an email reminder about my upcoming flights, including some helpful information about the Paris airport, but there was no link directing me to check-in. It doesn’t have an app that could do this, either, so you may want to set your own alarm.

For any customer service issues, there is no phone number to call. Instead, you can message the airline on Facebook, WhatsApp, Instagram, Twitter or by email at [email protected]

The completely correct guide to getting over jet lag

Play’s Airbus A321NEO and A320NEO are bare bones: no outlets, no WiFi, no pillows and no in-flight entertainment. The company says this no-frills service allows travelers pay less and “play more.”

Depending on the route, you may have to wear a mask onboard, but it was not required on my flights between the United States and Iceland, or Iceland to London.

As expected from a low-cost carrier, the seats are nothing to write home about. They are about three inches thick (estimating with my knuckles as a measuring stick) and legroom varies by flight; I had a lot of room to stretch out on half of my segments and felt cramped (even at 5-foot-4) during the others. The tray table was barely wide enough to cover the base of my 13-inch laptop, and the length was short enough that the computer hung over the edge.

The flight attendants were cheerful and accommodating, which took the edge off bad news, like the fact that there’s no free water; you can buy a bottle for about a dollar. Also available for purchase: a cup of chicken-flavor YumYum Noodles, ($5.25), Pringles ($3.15), a club sandwich ($9.45) and a can of Pepsi Max ($3.15).

One highlight was the selection of Icelandic treats including Freyja Draumur, a milk chocolate with licorice ($3.15), and Appelsin orange soda ($3.15). To go truly wild, you can order a caffeinated sparkling water ($3.15). On the alcohol front, there is Icelandic beer and canned cocktails, plus international wines and mini liquor bottles. I tried the Gull Icelandic beer ($9.45) which was tasty but barely cold.

Testing out The Jet, a fancy bus that promises a private plane experience

Play felt shiny and new — and a lot like a budget airline.

That means fewer flight options and more nickel-and-diming. It might not always be so low-cost either. If you have flexible dates for your trip, you can find cheap tickets to Iceland and Europe. But if you travel during high-demand times or book one-way trips, you can expect to pay about as much as you would with other airlines.

There are some perks: the friendly staff, the interesting snacks for purchase. I even asked the staff at my Paris check-in if I could get an aisle seat, and she obliged without charging me. More special yet, on my first departure to Iceland, a flight attendant announced overhead that there was a great view of the Northern Lights.

Are you guaranteed a memorable, cost-effective trip by booking with Play? No. But if you can get a good price, I would recommend it.

Sat May 21 , 2022
The first time Valentina De Santis set foot on the premises of Villa Passalacqua, she assumed it would also be her last. It was October 2018: the three-storey, 18th-century villa in the tiny Lake Como town of Moltrasio was being sold at auction, and De Santis and her father – the only bidders to […] 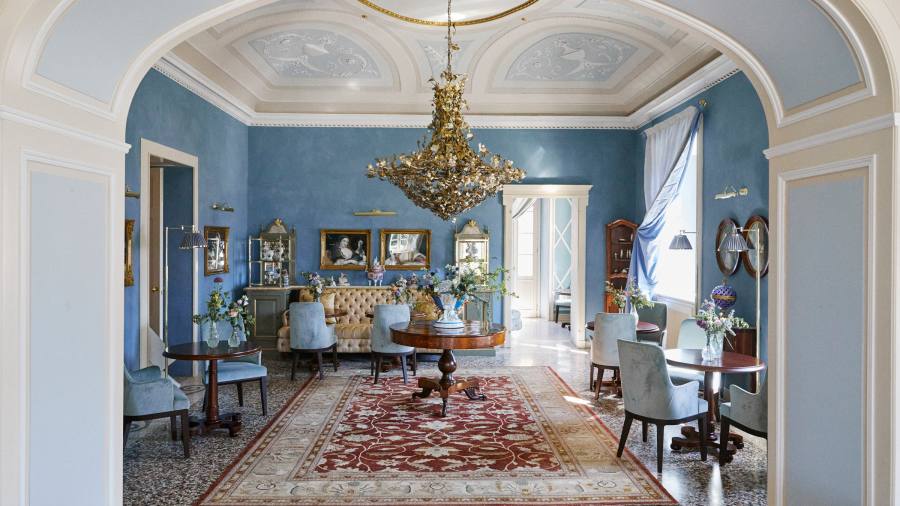