LAS VEGAS (KTNV) — Local leaders are considering a request from a traveling illusionist who wants to house performing tigers just off the Las Vegas Strip in the name of money and magic. It’s the second time the controversial project has been proposed, and opposition is already mounting. “It just […]

LAS VEGAS (KTNV) — Local leaders are considering a request from a traveling illusionist who wants to house performing tigers just off the Las Vegas Strip in the name of money and magic.

It’s the second time the controversial project has been proposed, and opposition is already mounting.

“It just cheapens the Strip, to put up a plastic tent with a sideshow. That’s how it’s perceived. What are we doing?” said animal welfare advocate Linda Faso in July 2020 after county commissioners overruled objections by their own staff and granted approval for magician Jay Owenhouse to set up a temporary show on land across from the Mandalay Bay convention center.

“We’re excited to bring our show to Las Vegas,” Owenhouse said at the time. “We feel this is the perfect time. It’s a privilege to be part of Las Vegas’ road back.”

But that road was a dead end.

“We were not able to continue on that land due to the economics of COVID,” Owenhouse said in an interview at his attorney’s office on Tuesday afternoon. “So, we spent about a year looking for just the right spot.”

That spot is a portion of an 11-acre property near the corner of Paradise Road and Sahara Avenue. It’s currently a parking lot owned by the World Buddhism Association.

Owenhouse does the show with his three children and wants permission to perform and house tigers on the land for one year.

“It’s a great show that has a great message about a family working together, and really a message of hope, which I think is really appropriate in these times,” he said.

The show’s three female Bengal tigers would perform in a circus-style canvas tent.

In addition to his request to allow “inherently dangerous exotic animals,” Owenhouse also wants to have retail souvenir sales, a restaurant and alcohol consumption on the property.

He says they use a portion of their proceeds to help fund tiger conservation and anti-poaching efforts in the wild.

“We focus on just educating people about the plight of the tiger and about how animals really need to be treated,” he said.

“How does a magic show educate people about the plight of the tiger in the wild?” 13 chief investigator Darcy Spears asked Owenhouse.

“Well, we spend about 15 minutes in our live performance not only sharing our animals with people during the show, but also talking about tigers in the wild,” he responded.

He plans to spend $150,000 on the enclosure where the animals will live on property.

“It’s a very nice temporary facility; it’s over 1,800 square feet for three tigers,” he said. “It has two swimming pools. It has two waterfalls. It has enrichment toys.”

And he emphasizes that his top priority is the safety of both the tigers and the community.

“Tigers are the top of the food chain. They’re designed by God to be predators. They are carnivores. But that doesn’t mean that they can’t have a great relationship with people,” Owenhouse said.

An emergency plan includes four security fences, 24-hour video surveillance and armed security. The public will not be allowed to interact with the animals, but the plan covers any contingency, up to and including how to kill the tigers if they escape and attack an audience or crew member.

Back in 2020, when Owenhouse first sought approval, Linda Faso said: “People’s attitudes are changing about performing animals. If that wasn’t the case, Ringling Bros. would never have gone out of business. They didn’t sell the tickets. It’s just a fading industry, and it’s an abusive industry.”

Owenhouse wanted to address some prior criticism from animal advocates.

If approved, Owenhouse plans to open his doors in February.

Many animal welfare advocates, including Big Cat Rescue’s Howard Baskin, of “Tiger King” fame, have written letters urging county leaders to reject the application — or, at the very least, require the facility to be accredited by the Global Federation of Animal Sanctuaries, since Owenhouse claims it will be a “sanctuary.”

Owenhouse says he has no plans to seek accreditation.

Whatever the Winchester Town Advisory Board decides, the request musts go to the full County Commission on Dec. 22. Public comment was slated for a town hall meeting of the Winchester board on Tuesday at 6 p.m.

Thu Dec 2 , 2021
That fog prompted a Dense Fog Advisory and caused delays at San Diego International Airport. SAN DIEGO — The dense fog that rolled in and blanketed much of the San Diego coast Monday night also stretched about 10 miles inland and that fog continued into Tuesday morning. That fog prompted […] 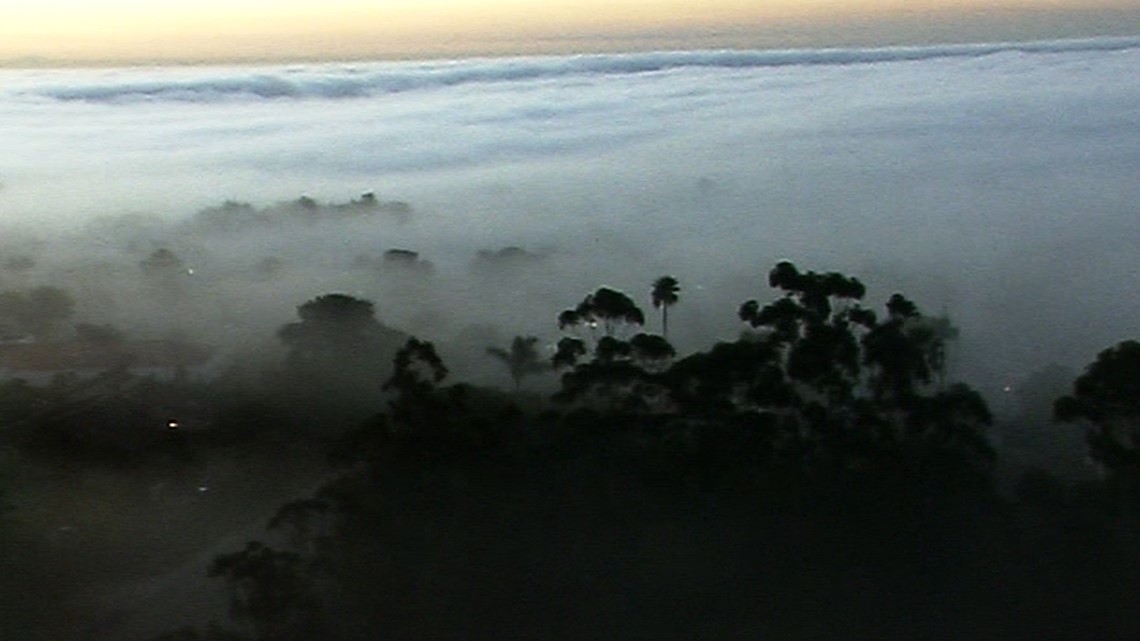