GUILDERLAND — What began as a path traveled by Native Americans became a plank road for European settlers and now is suburban Guilderland’s major thoroughfare — Route 20. Route 20 seemed long to Bryan Farr when he was kid, traveling with his family every summer from the Fingers Lakes where […]

GUILDERLAND — What began as a path traveled by Native Americans became a plank road for European settlers and now is suburban Guilderland’s major thoroughfare — Route 20.

Route 20 seemed long to Bryan Farr when he was kid, traveling with his family every summer from the Fingers Lakes where they lived to the Darien Lake, an amusement park near Buffalo.

But, as a young man, he embraced the entire length of the historic highway, driving through 12 states from Boston, Massachusetts to Newport, Oregon in two weeks: 3,365 miles from coast to coast, America’s longest highway. Farr describes it as a once-in-a-lifetime trip on this week’s podcast at AltamontEnterprise.com/podcasts.

Farr, a meteorologist with a penchant for photography, took pictures along the way and planned to put together a book. He wrote to the towns he had traveled through and asked them to write three things about the town. He was sent three-page emails in return.

As his interest in the history of the route burgeoned, Farr founded the Historic U.S. Route 20 Association, a labor of love.

Farr will be speaking, through Zoom, to the Guilderland Historical Society at 7 p.m. on Nov. 18. The public is invited to the free event. Details on how to join the meeting are posted at www.guilderlandhistoricalsociety.org.

Farr knows the history of the route intimately. The stretch between Albany and Buffalo, he says, almost became defunct in the 1850s because the Erie Canal was so popular.

As automobiles started replacing horse-drawn conveyances in the early 20th Century, Farr says, “Good roads were hard to find.” In 1921, the Federal Highway Act allocated funds to states; each was to pick their best roads.

Leaders met regionally and then, in 1925, Farr said, all the regions met to connect the dots. The act laid the groundwork for a national highway system.

That’s when the numbering system for highways was developed, with the lowest numbers for roads running north and east and the highest for roads going south and west. Even numbers were for east-to-west roads; odd numbers for north-to-south roads. A zero at the end of a route, as in Route 20, means it’s a cross-country highway.

Such a numbering system was useful, Farr notes, before the age of GPS when travelers had to find their own way.

Once the roads were numbered, roadside motels and cabins popped up, Farr said, noting motorists could travel only 100 or 150 miles a day and would stop along the way at the mom-and-pop businesses, often with a shop, restaurant, and gas station — and sometimes a kitschy attraction.

“Roadside architecture really started to bloom,” said Farr, as a landlocked lighthouse or a giant teapot beckoned to travelers.

By the 1950s and ’60s, traffic became so intense that, in some places, it could be backed up for a mile or more. Once superhighways, like New York’s Thruway, were built, some of the towns along the old Route 20 dried up almost overnight, said Farr.

Cherry Valley, west of Guilderland, became a ghost town, Farr said, describing the Thruway as “the nail in the coffin.”

One of his association’s goals is to highlight small towns so visitors return there. Recently, Iowa gave Route 20 an historic designation, which took several years to secure. There are now 250 signs across Iowa to help travelers follow the historic Route 20 there.

Farr and his association were following a similar approach in New York State. Both the Guilderland Public Library and Gade Farm in town posted signs, noting they stand along Route 20.

Farr was called by “big wigs in Albany,” he said, telling him he needs, instead, to get state senators and assembly members to sign onto a bill supporting an historic auto trail. He’s working on that now and believes it will take a year or two.

Farr is both persistent and optimistic. “We have a lot of support,” he said.

He believes that travel along Route 20 can be about more than getting from one place to another.

“First and foremost are the people that I’ve met along the way,” he said, speaking of the many friendships he’s formed. He’s been invited into people’s homes for dinners and values the foods that are unique to each region.

“Every town has a story to tell,” said Farr. One town might have stories from the 1800s about witches. In Wyoming, there’s a monument to the town madam from the Wild West era, he said.

Traveling Route 20 will be different for every person that makes the trip, said Farr. “Maybe you’ll find that higher being … or find yourself …,” he said. “If you only travel Route 20 because you have to, you’re missing out.”

Farr has also found, in traversing the breadth of our country, that people have more in common than the recent differences highlighted in a politically polarized America.

When you are on the road, if you make an effort to talk to people, Farr said, whether you’re conservative or liberal, it doesn’t matter.

“People are very nice …. If you actually get out there, we’re not as divided as we think.”

Thu Nov 11 , 2021
WASHINGTON, D.C. (NEXSTAR) — Veterans from across the country are traveling to Washington, DC once again after the COVID-19 pandemic grounded Honor Flights for more than a year. The nonprofit gives all-expenses-paid trips to those who served during the World War II, Korea and Vietnam eras so they can visit […] 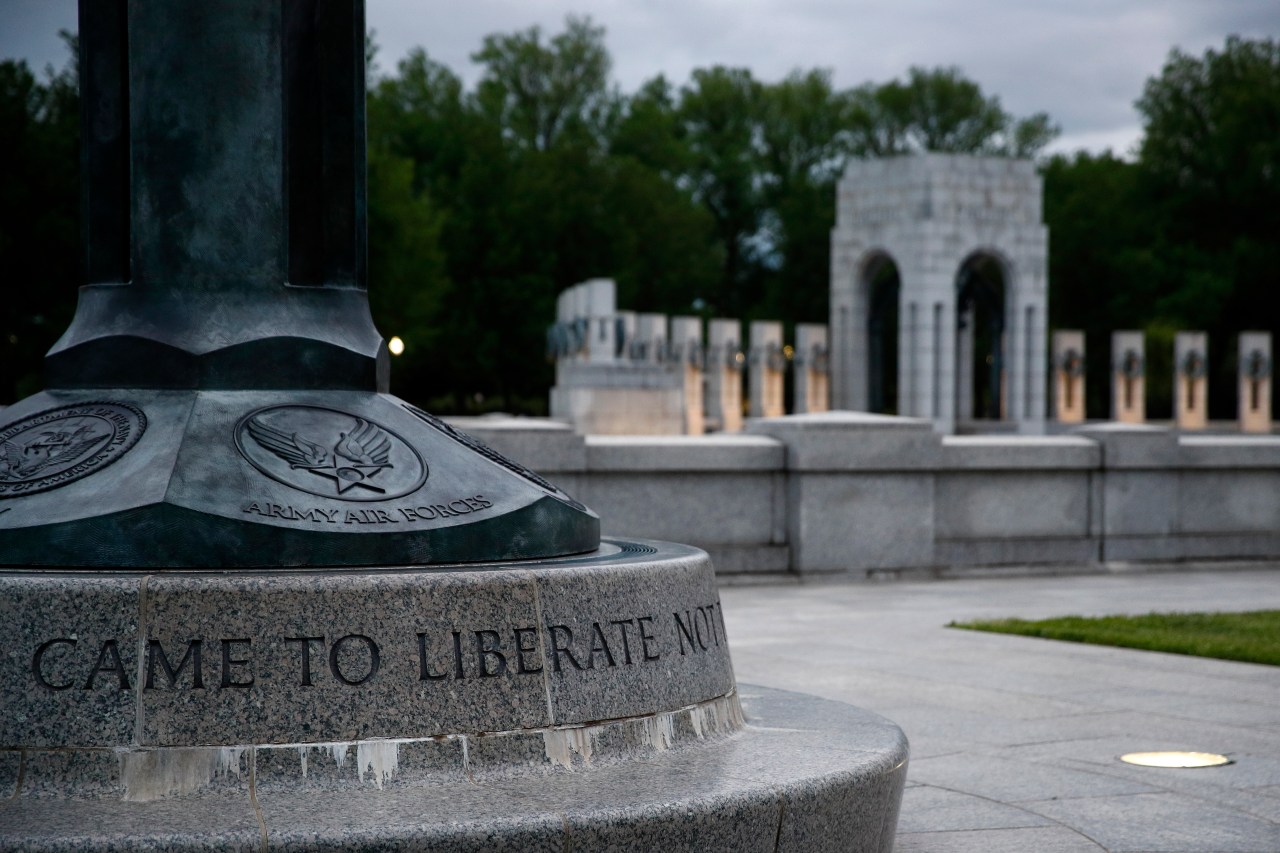