The industry unemployment rate may be falling, but it isn’t for the reason hotel owners would like.

The U.S. hotel industry unemployment rate is finally pacing with the national average, but this doesn’t mean jobs are getting filled.

American hotels only added 6,600 jobs last month, according to the U.S. Bureau of Labor Statistics. That may not sound like much for an industry notoriously starved for employees, but it was enough to drop the hotel unemployment rate to 5.5 percent — the lowest seen during the pandemic and the closest it has come to the national average during the health crisis. Hotel unemployment has typically run well above the national average over the last 21 months.

Overall U.S. unemployment fell to 3.9 percent last month with 199,000 jobs added to the economy, according to the U.S. Labor Department’s payroll survey. Underlying data to the survey showed a strengthening labor market, but hotel owners aren’t likely to find much solace in Friday’s optics win for their industry.

The industry’s new low employment rate, besting the prior record only notched last month, is a result of people no longer looking for jobs in the hotel sector rather than a signal many open positions have been filled. The national labor participation rate largely remained unchanged from the month prior.

“There are paradigm shifts that the world is going through and clearly the hotel sector as well,” LW Hospitality Advisors CEO Daniel Lesser said. “There are better opportunities out there for folks. That’s really what it boils down to.”

The hotel industry already grappled with a reputation of paying less prior to the pandemic. But the health crisis exacerbated that competitive disadvantage, as workers wanted more flexibility and the ability to work from home.

Other factors like Amazon and other retailers siphoning away former hotel workers with higher pay at a time when the industry went through mass layoffs further did damage to hoteliers’ ability to recruit.

“The baggage we carry as a result of laying off so many people in the pandemic … That is a hard one to overcome,” former BWH Hotel Group CEO David Kong said last fall. “People always feel like you’re going to abandon them in a crisis and there’s no safety net.”

There is swelling sentiment the hotel industry is at full employment in the sense that all potential workers in the labor pool looking for work have mostly found it. The broader leisure and hospitality sector, which includes restaurants and bars, only added 53,000 jobs last month compared to 200,000 in October — and a bulk of last month’s gains came from outside the hotel sector.

“The pool is not getting any deeper. It’s pretty safe to say if you are alive and physically well and you meet certain criteria to work in operations, there’s no shortage of opportunity,” Lesser said. “The challenge is that there’s more opportunities than there are people who are interested in doing that work.”

Leisure and hospitality unemployment is still down by 1.2 million jobs, or a little more than 7 percent since February of 2020. Hotel companies continue to report of thousands of job openings and are doing things like offering signing bonuses and higher wages.

“We still have thousands of open positions across the country, and we are working hard to hire people at this point,” Hyatt CEO Mark Hoplamazian said on the company’s third quarter earnings call.

The industry’s next major employment update will come in the next few weeks over fourth quarter earnings calls. Marriott International CEO Anthony Capuano has repeatedly said the industry needs to do a better job at marketing itself as a place to build a career from the ground up.

But analysts and advisors across the industry have increasingly promoted the idea that a larger embrace of technology is going to be necessary to compensate for the expected long-term shortage in workers.

Flight arrivals and departures improve at Sea-Tac Airport, but many travelers are still delayed

Sat Jan 8 , 2022
Seattle-Tacoma International Airport on New Year’s Eve dropped from No. 1 to No. 2 on a list of the planet’s airports, but for a positive reason: after two days at the top, the airport fell behind Denver International Airport in most flight cancellations and delays. That doesn’t mean everything went […] 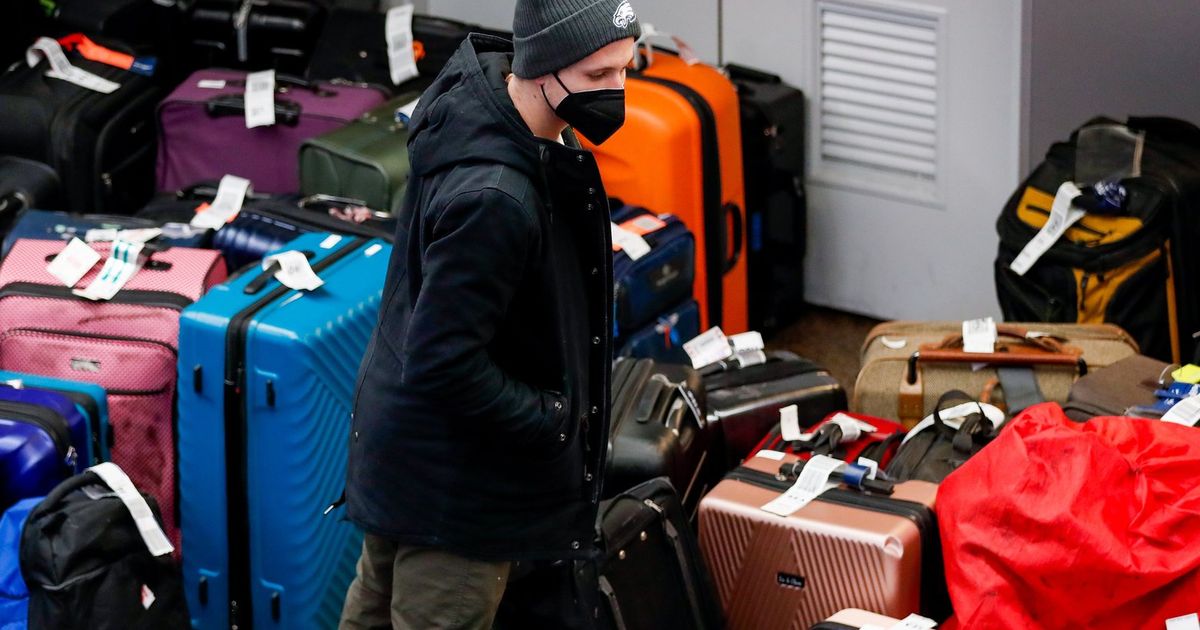