NEW YORK, April 14 (Reuters) – After costly pandemic cancellations, British rock band The Who is back on the road again with THE WHO HITS BACK! tour.

“We’re just hitting back at COVID because it stopped us in our tracks. We were, we were going to call it, ‘Where Were We?'” lead singer Roger Daltrey said ahead of the tour starting next week.

Canceled charity concerts for The Who’s foundation, Teenage Cancer, at London’s Royal Albert Hall had cost the group about $3 million, said Daltrey, 78. The charity works with UK and U.S. hospitals to develop state-of-the-art spaces for teens suffering from cancer to meet and stay connected.

Daltrey and Pete Townshend, the band’s principal songwriter famed for thrashing his guitar on stage, are the only surviving original members of the group which emerged in 1960s London with drummer Keith Moon and bass player John Entwistle.

The Who has sold more than 100 million records worldwide, with the rock opera “Tommy” and hits like “Won’t Get Fooled Again” and “I Can See For Miles.”

Daltrey and Townshend, along with six band members and an orchestra, will kick off their North American tour on April 22 in Hollywood, Florida, and wrap it up in Las Vegas in November.

The Who’s tours have become a lot more complicated, Daltrey said. “We were, we were four guys with eight amplifiers, a drum kit and a sound system. That was it. We turn up in a U-Haul truck and three roadies would suit us for the night.”

The rock legend, who has worked with many of the world’s top bands, named Mick Jagger as his top rock band frontman followed jointly by Freddie Mercury and Elton John, Bruce Springsteen and David Bowie.

While the band has no plans to stop touring, the time will come, Daltrey acknowledged.

“I’ve always said about this business. You don’t give it up, it gives you up. I will open my mouth and it won’t come out like it should. And I will go, that’s it, can’t do it anymore.”

The Pyramid of Leisure | The Art of Manliness

Mon Apr 18 , 2022
To use leisure intelligently and profitably is a final test of a civilization. — Jay B. Nash, Philosophy of Recreation and Leisure For thousands of years, man largely got the doses of challenge, creativity, achievement, and satisfaction needed for psychic health from his work. Initially his work in hunting and […] 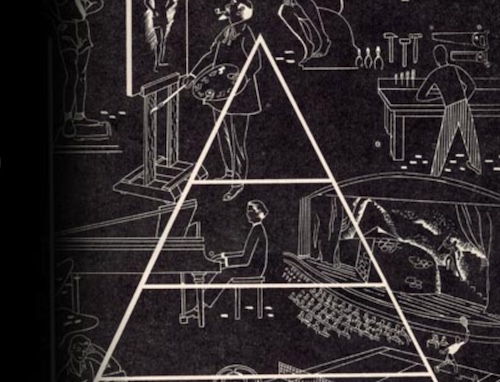