This summer, the only thing between New Yorkers and iconic European destinations—like Nice, Palma de Mallorca, and even Bergen—will be a long plane nap. As part of its biggest expansion yet—and just in time for summer travel—United Airlines just announced new nonstop flights from NYC airports to major European cities […]

This summer, the only thing between New Yorkers and iconic European destinations—like Nice, Palma de Mallorca, and even Bergen—will be a long plane nap.

As part of its biggest expansion yet—and just in time for summer travel—United Airlines just announced new nonstop flights from NYC airports to major European cities and countries, including Norway, Spain, and France.

“We have long anticipated a strong demand recovery, evidenced by our large, strategic expansion in Europe, and with these new flights, we’re proud to offer our customers more options and access than ever before,” Patrick Quayle, senior vice president of international network and alliances at United, said in a statement. “United continues to leverage its leading global network in new and exciting ways to help our customers make meaningful memories and experience new cultures around the world.”

Here are the new United flight routes from NYC:

Nice, France
When: Starting April 29
Traveling to the south of France and, specifically, to the Côte d’Azur, is now an easy journey for New Yorkers. Last Friday, April 29, United launched its new France destination, connecting NYC and to city of Nice. The new route will connect Newark Liberty International Airport and the Nice Côte d’Azur Airport, and it will offer more premium seats to the city than any other US airline.

Ponta Delgada, Azores, Portugal
When: Starting May 13
In addition to the already existing flights to Porto and Lisbon departing from Newark Liberty International Airport, United is adding a third destination in the country. Starting May 13, United will fly from Newark Liberty International Airport to Ponta Delgada in the Azorers, connecting New York and New Jersey residents to yet another sought-after summer destination.

Bergen, Norway
When: Starting May 20
With the addition of Bergen as a destination, United will become the only US airline to directly fly to Norway nonstop. The new route will connect Newark Liberty International Airport and Bergen, with service three times per week. While on the plane and right before landing, passengers should remember to look out the window: Spectacular views of the Norwegian fjords await.

Palma de Mallorca, Balearic Islands, Spain
When: Starting June 2
New Yorkers looking to plant their feet on a Spanish beach will now have an extra option to consider when choosing their destination. Starting June 2, United is adding another Spanish beach getaway to their list. Departing from Newark Liberty International Airport, United planes will be able to fly nonstop to the beautiful island of Mallorca. With three flights a week between NYC and Mallorca, the new service will be the first and only nonstop flight between the US and the island.

Tenerife, Canary Islands, Spain
When: Starting June 9
Those who wish to explore another set of Spanish islands are in luck. United is adding Tenerife as one of its nonstop flights, allowing New Yorkers to be seamlessly connected to the Canary Islands. The service will be offered three times a week.

For more information about United’s expansion and to book flights, you can visit the United Airlines website.

Sun May 8 , 2022
A group of native carvers from the Lummi Nation has hit the road again from Bellingham. The House of Tears Carvers will make stops in Oregon, Idaho and Washington over the next two weeks, as they call for dam removal on the Lower Snake River, through storytelling, conversation and prayer. […] 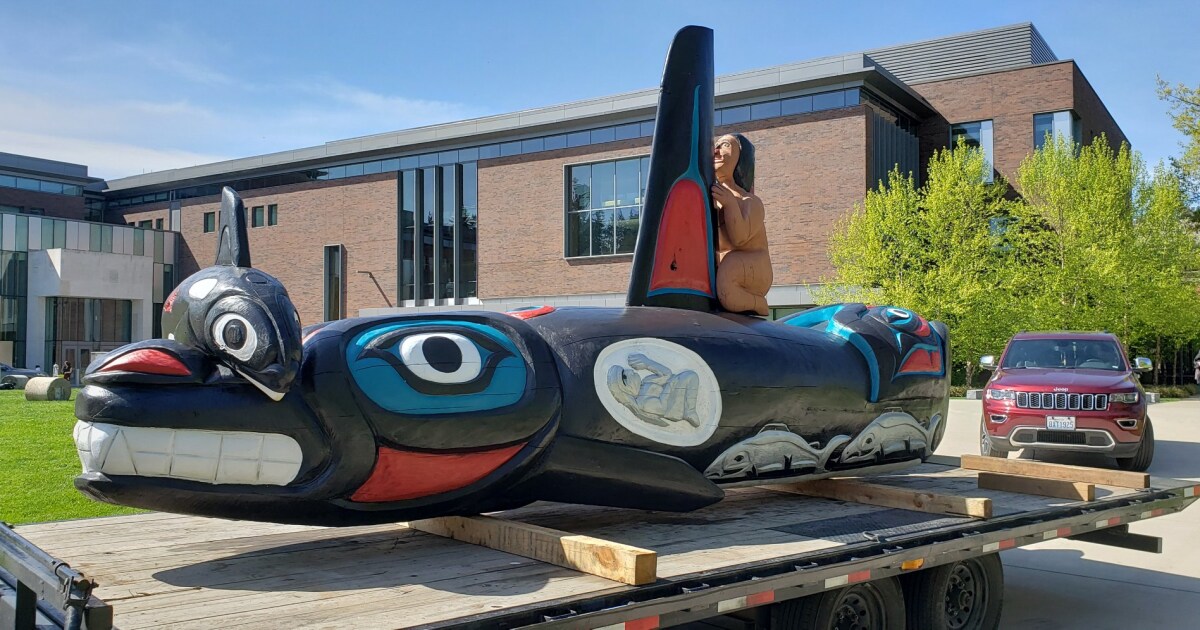