International travelers fully vaccinated against the coronavirus who have been barred from entering the United States during the pandemic will be able to enter the country on Nov. 8, according to a White House official, marking an end to restrictions that had walled off tourists and relatives seeking to visit […]

International travelers fully vaccinated against the coronavirus who have been barred from entering the United States during the pandemic will be able to enter the country on Nov. 8, according to a White House official, marking an end to restrictions that had walled off tourists and relatives seeking to visit their families.

The specific date for when the Biden administration would lift travel restrictions for those traveling by air or hoping to cross the land border was previously unclear. The administration last month said it would be implementing a new system in which fully vaccinated foreigners who show proof of a negative coronavirus test would be able to fly to the United States in early November.

Earlier this week, administration officials said people hoping to enter from Mexico or Canada who are fully vaccinated would be able to cross at the same time. But thousands around the world eager to organize their travel plans were still left wondering what specific date they would be able to enter.

Those who have received vaccines listed for emergency use by the World Health Organization, such as the AstraZeneca vaccine, would also be considered fully vaccinated, according to the C.D.C.

The C.D.C. also updated its guidelines on vaccine mixing, which is particularly relevant to Canada. At least 3.88 million Canadians have received mixed vaccine doses, according to media reports — and that number does not account for mixed doses administered in Quebec. The agency now considers full vaccination possible with mixed doses, so long as they are approved either by the F.D.A. or the W.H.O.

Unvaccinated foreigners will be broadly barred from entering the United States, although the White House official said there will be limited exemptions, including for young children.

Those who were never banned from traveling across the land borders, including commercial drivers and students, will also need to show proof of vaccination when crossing starting in January, giving them some time to adjust to the new rules, officials said. Those crossing land borders will not need to show a coronavirus test.

Foreigners hoping to fly to the United States will need to show proof of vaccination before boarding and a negative coronavirus test within three days of entering.

What to Know About Covid-19 Booster Shots

The F.D.A. authorized booster shots for a select group of people who received their second doses of the Pfizer-BioNTech vaccine at least six months before. That group includes: vaccine recipients who are 65 or older or who live in long-term care facilities; adults who are at high risk of severe Covid-19 because of an underlying medical condition; health care workers and others whose jobs put them at risk. People with weakened immune systems are eligible for a third dose of either Pfizer or Moderna four weeks after the second shot.

The C.D.C. has said the conditions that qualify a person for a booster shot include: hypertension and heart disease; diabetes or obesity; cancer or blood disorders; weakened immune system; chronic lung, kidney or liver disease; dementia and certain disabilities. Pregnant women and current and former smokers are also eligible.

It is not recommended. For now, Pfizer vaccine recipients are advised to get a Pfizer booster shot, and Moderna and Johnson & Johnson recipients should wait until booster doses from those manufacturers are approved.

Yes. The C.D.C. says the Covid vaccine may be administered without regard to the timing of other vaccines, and many pharmacy sites are allowing people to schedule a flu shot at the same time as a booster dose.

Unvaccinated Americans traveling from overseas will need to test negative for the coronavirus one day before returning home and show proof that they have bought a test to take after arriving in the United States.

The U.S. Travel Association, an industry group, applauded the moves.

“The date is critically important for planning — for airlines, for travel-supported businesses, and for millions of travelers worldwide who will now advance plans to visit the United States once again,” Roger Dow, the group’s president, said in a statement. “Reopening to international visitors will provide a jolt to the economy and accelerate the return of travel-related jobs that were lost due to travel restrictions.”

A spokeswoman for Airlines for America, another industry group, noted that even before the announcement of the date, airlines had seen an uptick in ticket sales to the United States from abroad.

“The full reopening of international travel is also critical to reviving economies around the globe, reinvigorating communities and supporting millions of jobs in the U.S. and abroad,” Katherine Estep, the spokeswoman, said in a statement.

Sat Oct 16 , 2021
(NEXSTAR) – Come fly the hostile skies. A combative United Airlines passenger was recently ejected from his flight to California after appearing to threaten a flight attendant and a few of the other passengers, according to a series of viral TikTok videos taken by a traveler. TikTok user Alexander Clark, […] 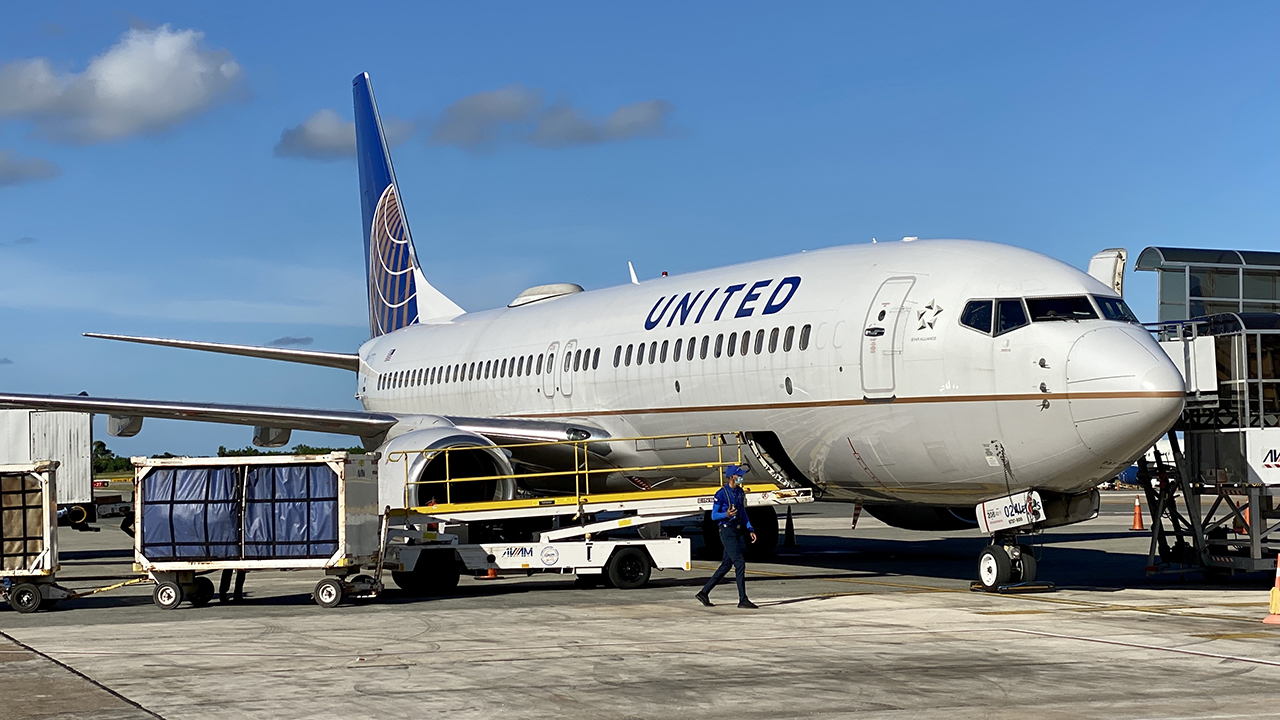