It was the best time since 1945. “Fly into the ’40s,” Saturday’s joint 1940s themed event from Veterans United Home Loans and Dream Flights, was a step back in time for some Mid-Missouri World War II veterans. Ten veterans from Jefferson City, Fulton and the surrounding area flew in familiar […]

“Fly into the ’40s,” Saturday’s joint 1940s themed event from Veterans United Home Loans and Dream Flights, was a step back in time for some Mid-Missouri World War II veterans.

Ten veterans from Jefferson City, Fulton and the surrounding area flew in familiar aircraft as passengers in a Boeing Stearman biplane, the same kind of plane used to train military aviators in WWII.

“It was beautiful,” said WWII Navy veteran Charles Lee, of Jefferson City. “It really was, it brought back a lot of memories. I loved being up in the air.”

Lee was an airship and Stearman plane pilot with more than 300 hours of airtime in World War II.

He hadn’t been in a cockpit since December 1945.

“I think I could probably fly the sucker again,” he joked after the flight.

Lee said he was first inspired to fly after seeing a blimp pass by his home when he was about 5 years old. He called it a “religious experience.”

Lee first chose to fly airships in the Navy, he said, but he volunteered to fly Stearman planes as the United States set its eyes on Japan later in the war.

He spent most of his time conducting sweeps and looking for U-boats.

“It was a very interesting time for an 18-year-old,” Lee said. “I was 18 when I enlisted, and so I was 19 when I was down there flying a blimp and steering the damn thing.”

Prior to his Dream Flight on Saturday, Lee said he was expecting a thrill. And a thrill he got.

“Landing was fun,” Lee said. “We slipped and kind of came in sideways, and I remember doing that into the wind, but the landing was most fun of all.”

Lee said he was comfortable with his pilot, even throughout the small air maneuvers he performed.

Following the flight, Lee received a hat signed by his pilot and he, along with the rest of the WWII veterans that flew, signed the tail of the Stearman plane.

“We’ve had great turnout and we’re really pleased,” Moller said. “People have been so generous with donations to the Dream Flights organization.”

At the end of the day Saturday, Dream Flights had completed 604 flights.

“It’s not even really what they say — we have a mirror where you can see them and you just get to see the sheer exuberance on their face,” Dream Flights Pilot James Sims said. “They’re very worried when they come up to the airplane and then when they come down there’s a tone change, there’s an energy change.”

Sims said the flights inspire gratitude and thank you notes like he’s never seen before.

Following a series of stops around the country, Sims said the Stearman planes used to fly the veterans will go to Pearl Harbor for the 80-year anniversary of the attacks in December.

In addition to the veteran flights, the event offered public flights for purchase and free parachute demonstrations.

Food trucks, a live musical performance by the Kapital Kicks and standing displays from the National Guard were also features of the event at Jefferson City Memorial Airport.

There were WWII Jeeps, helicopters and at least five display planes from various decades that attendees could tour the inside of.

The journey that brought Jermaine Eluemunor to Las Vegas

Sun Sep 19 , 2021
After the emails didn’t work out, Eluemunor chose to continue his football career as a walk-on at Lackawanna College, a junior college in Scranton, Pennsylvania. It’s on the Lackawanna Falcons’ field that things began to turn around for the English native. “I guess the coaches didn’t expect me to be […] 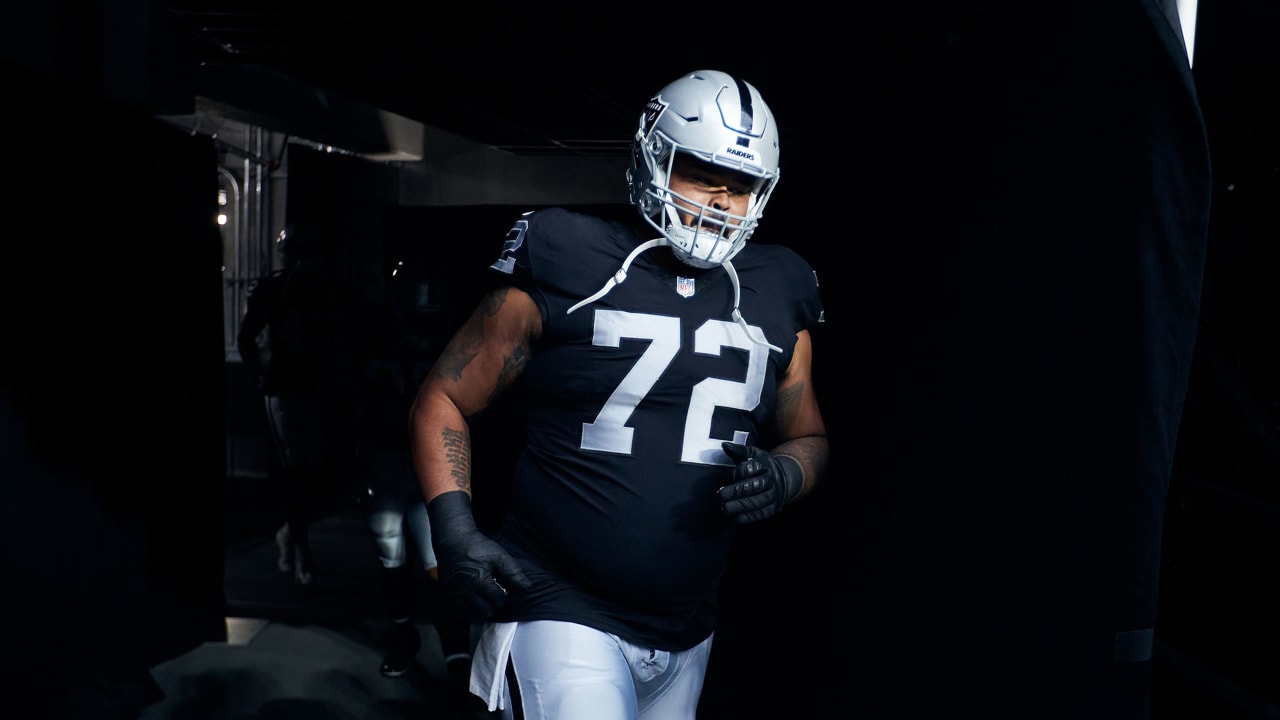