Former Tampa Bay Buccaneers wide receiver Vincent Jackson had stage 2 CTE, a form of brain degeneration that has been found in other athletes, his family said. Jackson’s family revealed the diagnosis in a statement Thursday, 10 months after he was found dead in a hotel room outside Tampa, Florida. […]

Former Tampa Bay Buccaneers wide receiver Vincent Jackson had stage 2 CTE, a form of brain degeneration that has been found in other athletes, his family said.

Jackson’s family revealed the diagnosis in a statement Thursday, 10 months after he was found dead in a hotel room outside Tampa, Florida.

“Vincent dedicated so much of his life to helping others. Even in his passing, I know he would want to continue that same legacy,” said his widow, Lindsey Jackson.

Jackson’s family said researchers diagnosed him with chronic traumatic encephalopathy, also known as CTE. The disorder, which is likely to be caused by repetitive head trauma, has been found in the brains of people who played football and other contact sports.

Little is known about CTE, which is linked to mood disorders, including depression, aggression, impulsive behavior, memory loss and other cognitive impairment, according to the Mayo Clinic. It can be diagnosed only through an autopsy, because it requires evidence of degeneration of brain tissue.

Jackson’s family said that they donated his brain to the VA-BU-CLF Brain Bank at Boston University and that they wanted to share the diagnosis to help raise awareness about the disorder.

“There is still a lot to be understood about CTE, and education is the key to prevention,” Lindsey Jackson said. “The conversation around this topic needs to be more prevalent, and our family hopes that others will feel comfortable and supported when talking about CTE moving forward.”

Dr. Ann McKee of the VA Boston Healthcare System and the VA-BU-CLF Brain Bank said that Jackson had become depressed and that he suffered from “progressive memory loss” and paranoia.

“Vincent Jackson was a brilliant, disciplined, gentle giant whose life began to change in his mid-30s. That his brain showed stage 2 CTE should no longer surprise us; these results have become commonplace,” McKee said in the news release.

“What is surprising is that so many football players have died with CTE and so little is being done to make football, at all levels, safer by limiting the number of repetitive subconcussive hits,” she said. “CTE will not disappear by ignoring it, we need to actively address the risk that football poses to brain health and to support the players who are struggling.”

The NFL has acknowledged that there is a link between CTE and playing football. In recent years it has overhauled its concussion protocols to impose stricter penalties and restrictions on players.

Jackson was found dead in a room at Homewood Suites in Brandon on Feb. 15 by a housekeeper who went to check on him. The cause and manner of death are pending.

Minyvonne Burke is a breaking news reporter for NBC News.

Sun Dec 19 , 2021
This was supposed to be the year travel came back. In Europe and Asia, many countries reopened their airports and welcomed tourists. But they are confronting a new reality: Variants such as Omicron are causing global panic, leading governments to shut borders again, and their biggest spenders — Chinese tourists […] 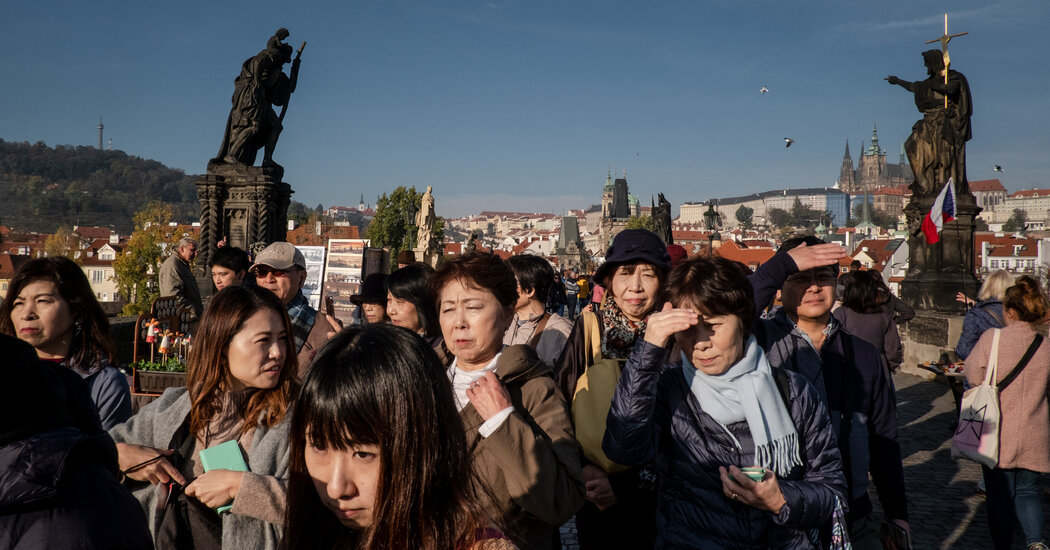