Virgin Galactic founder Richard Branson spraying champagne onto crew member Beth Moses after their flight to space.Image: Andres Leighton (AP) The Federal Aviation Administration is satisfied with the corrective actions taken by Virgin Galactic following an incident on July 11 in which the company’s spaceplane flew outside of mandated airspace. […]

The Federal Aviation Administration is satisfied with the corrective actions taken by Virgin Galactic following an incident on July 11 in which the company’s spaceplane flew outside of mandated airspace.

Virgin Galactic has successfully resolved issues having to do with air traffic control clearance and real-time mission communications, which means it’s cleared to resume FAA-licensed flights to space. The federal regulator “required Virgin Galactic to implement changes on how it communicates to the FAA during flight operations to keep the public safe,” the FAA explained in an emailed statement, adding that Virgin Galactic “made the required changes and can return to flight operations.”

The FAA was investigating an incident that occurred during the launch of Virgin Galactic’s VSS Unity on July 11—the flight that took company founder Richard Branson, along with three other passengers and two pilots, to the edge of space. The flight had appeared to go off without a hitch, but the FAA grounded Virgin Galactic’s two SpaceShipTwo spaceplanes after a New Yorker article brought some serious shenanigans to light.

The article alleged that the pilots ignored warning lights during the ascent and that VSS Unity risked a landing at an undesignated runway. What’s more, the article reported that the spaceplane flew outside of its federally mandated airspace for nearly two minutes, a claim the FAA later affirmed. Sources told Nicholas Schmidle, the author of the New Yorker piece, that the safest course of action would’ve been to abort the mission, but instead, the pilots flew at full throttle for the required one full minute, allowing Unity to reach an altitude of 53 miles (86 km) above sea level, which qualifies as space. The spaceplane glided back to its designated runway and successfully landed at Spaceport America in New Mexico. Had the pilots aborted the flight, however, Branson would not have become the first billionaire to reach space (Jeff Bezos of Blue origin achieved the same feat just a few weeks later).

The FAA launched a formal investigation on August 11, during which time Virgin Galactic’s spaceplanes were grounded. Results of the probe showed that Unity “deviated from its assigned airspace on its descent from space,” and that Virgin Galactic “failed to communicate the deviation to the FAA as required,” according to the regulator. Virgin Galactic was subsequently given a list of corrective actions, which it has apparently completed to the FAA’s satisfaction.

G/O Media may get a commission

“We appreciate the FAA’s thorough review of this inquiry,” Michael Colglazier, Virgin Galactic CEO, said in the statement. “Our test flight program is specifically designed to continually improve our processes and procedures.” To which he added: “The updates to our airspace and real-time mission notification protocols will strengthen our preparations as we move closer to the commercial launch of our spaceflight experience.”

Colglazier said Virgin Galactic is committed to safety at every level, but the company, with its history of tragedy and near-misses, PR fakery, and claims of a deteriorating safety culture, would suggest otherwise. This latest incident, I’m afraid to say, may not be the last for this aspiring space tourism venture.

Virgin Galactic’s next flight to suborbital space, designated the Unity 23 mission, was supposed to happen in early or mid-October, and we now await an official launch date. As we learned in August, however, this will be the last flight before the company performs inspections and tests of all its vehicles. Commercial flights of SpaceShipTwo are not expected until 2022.

A long journey through COVID-19

Sun Oct 3 , 2021
NORTH PLATTE, Neb. (KNOP) – For some people, COVID-19 comes and goes, or does not come at all. For others, it is deadly. One Curtis man has been down the latter road, and thankfully, he lived through a miraculous tale of healing to share his story thus far. Joshua “Josh” […] 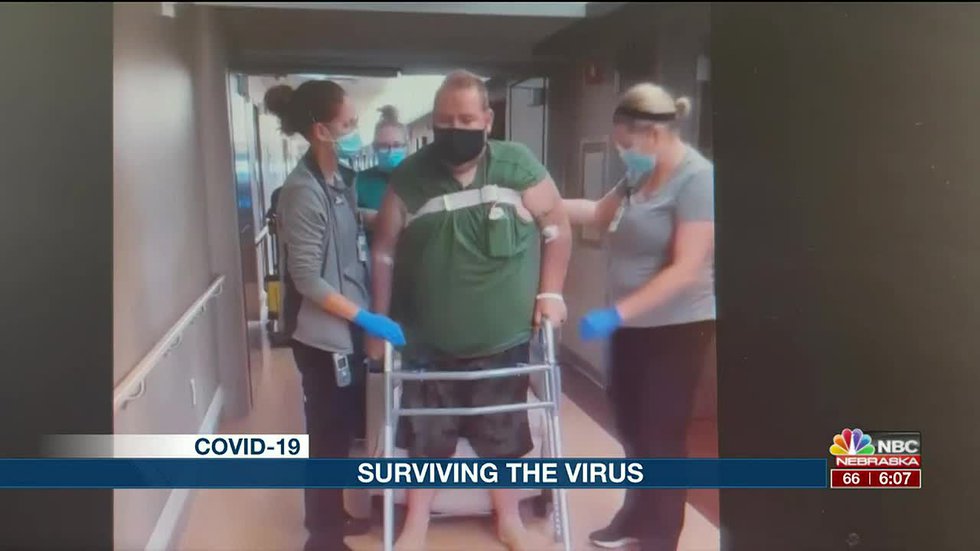