VIRGINIA BEACH, Va. (WAVY) — Ahead of what the city has dubbed “College Beach Weekend 2022,” several hotel owners say they aren’t seeing the bookings they have typically seen in years past.

However, as of Thursday afternoon, one of the those council members, who also owns a hotel, isn’t convinced.

Branch owns the Days Inn by Wyndham on 10th Street. Following the monthly Resort Advisory Commission (RAC) meeting Thursday, in which police again reiterated their plans to beef up both crowd and traffic control for the weekend., Branch commented that in years past, he saw a higher demand for rooms.

“Normally you get the hotel bookings along with the event. But this year it’s sort of different. It’s a lot less organized it seems and nobody is really sure what is going to end up happening. We are just going to have to see how it goes,” Branch said.

Historically, College Beach Weekend is known as the weekend students from Historically Black Colleges and Universities (HBCUs) come to the resort for a weekend of fun before finals. Often, the fourth weekend in April.

The weekend has been marred by violence some years. Much of the community in the past has encouraged the city to find a way to make the event disappear, perpetuating a reputation that the resort is unwelcoming to people of color.

However, there was a level of optimism as resort leaders emerged from the meeting Thursday.

The city has spent around $10,500 just to make people aware of the weekend, as well as city resources.

Since late 2020, more than $2 million has been invested in Oceanfront security initiatives. Virginia Beach Police now have 22 new high definition surveillance cameras installed, with an additional 20 on the way, according to Capt. Harry McBrien, with VBPD. He told RAC members the cameras would be monitored in real time during big events.

In addition, ShotSpotter gunshot detection technology is fully functional, lighting is being upgraded, a public-address system has been installed along the boardwalk and a substation has been opened along Atlantic Avenue between 21st and 22nd streets. McBrien said while it still needs additional work, its presence alone has made a difference in behaviors. He did mention it needs additional structural work to be fully functional.

The department is still down roughly 85 officers. But McBrien said, so is crime.

McBrien said hotels are beginning to book up, even if they are not here for College Beach Weekend. He said he looks forward to everyone coming to the resort for a fun, safe weekend.

Tue Apr 12 , 2022
Los Angeles County has barred official travel to Florida over the state’s so-called “Don’t Say Gay” law — but Sunshine State officials are calling the “woke” move California’s loss. The LA County Board of Supervisors voted this week to bar staffers from traveling to Florida unless it would “seriously harm […] 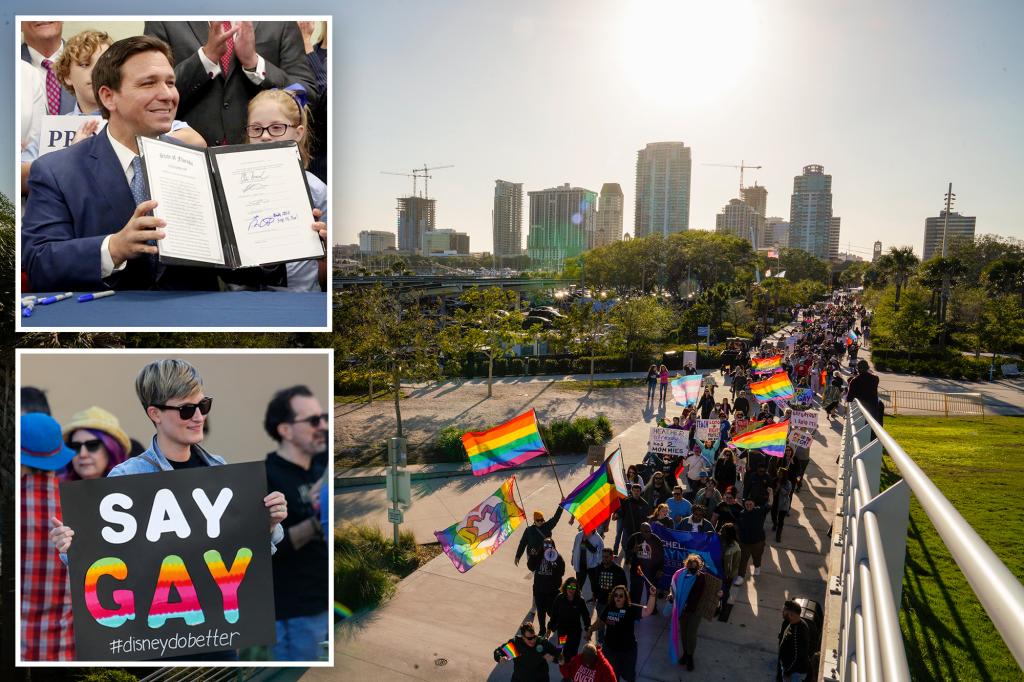