“Some bands take two years between records,” Wayne Kramer told his audience Thursday at El Club. “Some bands take five years. We take 50.” The raucous musical spirit and activist bent of the MC5 was on the agenda at the cozy Detroit venue, as Kramer and his new bandmates kicked […]

The raucous musical spirit and activist bent of the MC5 was on the agenda at the cozy Detroit venue, as Kramer and his new bandmates kicked off the Heavy Lifting Tour, prelude to a fall album that will be first since 1971 to bear the MC5 name.

Armed with his red-white-and-blue Fender Strat, playing for several hundred devoted hometown fans not far from his boyhood neighborhood, the 74-year-old guitarist tapped his old band’s catalog for a 16-song set.

Outside the venue, lively Cinco de Mayo action up and down Vernor added an extra festive touch to the occasion, as the music of the Five got a 5/5 workout in southwest Detroit.

Kramer was the lone original in a 2022 MC5 lineup featuring vocalist Brad Brooks, guitarist Stevie Salas, bassist Vicki Randle and drummer Winston Watson. It was a night that set out to showcase the jagged edges (“Baby Won’t Ya”), dense raunch ‘n’ roll (“Come Together”) and primal energy (“Call Me Animal”) that were classic MC5 hallmarks. But absent was another key MC5 trait: the wild onstage abandon that made the original group’s live shows the stuff of Detroit lore.

A backdrop emblazoned with the slogan “WE ARE ALL MC5” hammered home the theme of Kramer’s new endeavor: a call to action in tumultuous times.

“We need to get to work, brothers and sisters,” Kramer said late in the evening, declaring that democracy is in peril and it’s time to “save this city, save this country, save this planet.”

More:The MC5 name and legacy get redeployed by Wayne Kramer as he launches tour in Detroit

More:Eminem headed to Rock and Roll Hall of Fame, leading 2022 class of inductees

The 100-minute set had been introduced by an emcee, later identified by Kramer as the brother of late MC5 singer Rob Tyner, with the trademark proclamation that it was time to “kick out the jams!”

While the strong-throated, sunglass-sporting Brooks manned the stage with serviceable front-man charisma, this was very much Kramer’s spotlight, a place to deposit guitar sizzle on numbers such as “Poison,” “Future/Now” and a propulsive “Looking at You,” which closed the regular set.

The show drew evenly from the MC5’s three albums. “Ramblin’ Rose” (with Kramer handing off his falsetto vocal duties to a bandmate) opened a setlist that included just one new song, the first full public glimpse of “Heavy Lifting” from the forthcoming album.

“Rocket Reducer No. 62 (Rama Lama Fa Fa Fa),” complete with an extended breakdown, was a dependable highlight, while “Kick Out the Jams” wrapped a three-song encore with a nostalgic punch.

For all the high spirits and good vibes, things never quite hit seventh gear. The show didn’t consistently deliver the transcendent transport we got four years ago when Kramer led a band dubbed “MC50” through an anniversary celebration of “Kick Out the Jams” at three Detroit shows. And while there was plenty of the tight but ragged charm that defines the MC5’s musical identity, Thursday lacked the edge-of-your-seat sense of potential chaos, a feeling the whole thing might blow up as easily as it blossomed.

Still, there was an organic feel to Thursday’s opening-night proceedings, including a botched start to “Tonight” that had Kramer impishly conceding “we just (f’d) that up royally,” before the band rebooted to find its way to a penetrating groove.

The Heavy Lifting Tour sprint will move to Pennsylvania and New York for shows this weekend before heading to the West Coast and wrapping up May 15 in San Diego. Kramer’s new MC5 album, produced by Bob Ezrin and to set for release by Germany’s Ear Music, is due in October.

Tue May 10 , 2022
Leisure travel demand has spearheaded the global recovery of travel but business travel, which has consistently lagged behind, is now closing the gap, according to global distribution system Sabre. Speaking on a Q1 earnings call this week, Sabre CEO Sean Menke noted that corporate and international travel had rebounded sharply […] 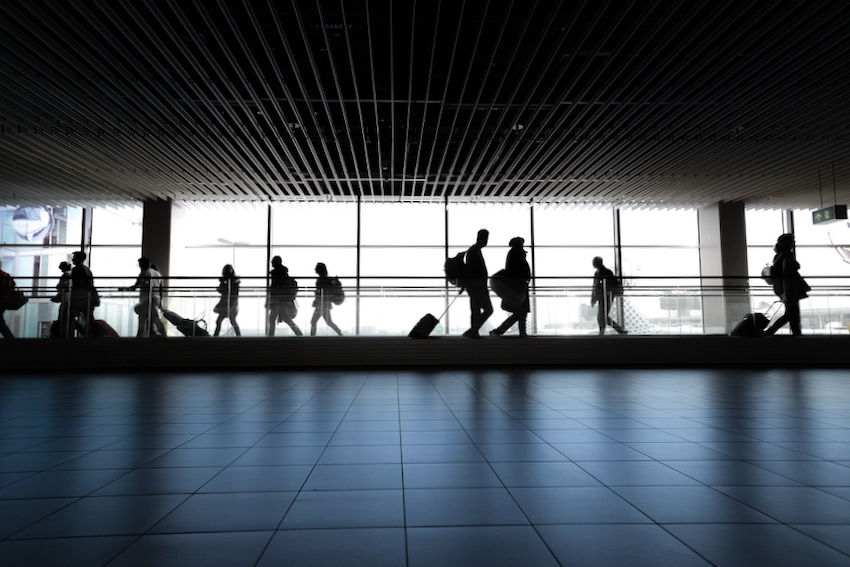