The Whitefish City Council will decide the fate of two hotel projects at Monday’s meeting, and is poised to potentially deny approval of an 85-room hotel proposed on U.S. 93 South. Two weeks ago the council postponed a decision on a request from Rimrock Companies LLC for a conditional-use permit […]

The Whitefish City Council will decide the fate of two hotel projects at Monday’s meeting, and is poised to potentially deny approval of an 85-room hotel proposed on U.S. 93 South.

Two weeks ago the council postponed a decision on a request from Rimrock Companies LLC for a conditional-use permit to build a hotel on Hedman Lane in a subdivision just north of First Baptist Church on the highway strip. Council members voiced concerns about the anticipated uptick in traffic and whether the hotel would be a good fit for the neighborhood. Mayor John Muhlfeld suggested delaying the decision to allow time to create a rationale for denial.

City staff have done that in a proposed resolution that includes findings of fact for denying the permit. That resolution acknowledges the conditional-use permit complies with the city’s zoning regulations, and the parcel is adequate to the proposed use. However, it notes access to the site may not be adequate because there’s not a stoplight at U.S. 93 South and Hedman Lane.

The proposed hotel is expected to generate more than 700 vehicle trips daily. There’s a concern that vehicles leaving the hotel site and traveling north to downtown Whitefish would have to cross two lanes of southbound traffic that is particularly high during the summer tourist season.

And while the resolution states the hotel isn’t anticipated to negatively impact the neighborhood because of dust, noise, smoke, or other environmental nuisances, it further notes the development may have a detrimental effect on the community in general because of increased traffic and use of public infrastructure.

The Whitefish Planning Office staff and Planning Board both recommended approval of the hotel, subject to conditions. The council has closed the public hearing on the WF 57 hotel, though public comments could be made during the designated public-comment segment at the beginning of the council meeting.

THE SECOND hotel project on Monday’s agenda — a 40-suite boutique hotel including a bar and lounge at 38 Central Ave. — will be considered for approval following a public hearing.

Will MacDonald, on behalf of 38 Central Partners, LLC, is requesting a planned-unit development to develop the boutique hotel. The property is currently undeveloped and has been used as an unpaved parking lot.

The city has a centralized recycling site at the corner of Columbia Avenue and Railway Street that is chronically overused. That site is now owned by the Whitefish Housing Authority, and the recently executed solid waste contract doesn’t include recycling services.

The first-year cost in the proposed curbside recycling contract is $6.25 per month per stop, or $75 annually for each of the city’s estimated 3,500 customers. The charge for service would be mandatory, regardless of use.

The meeting starts at 7:10 p.m. Monday in the council chambers at City Hall. Instructions for viewing remotely via Webex can be found on the city’s website.

Mon Oct 18 , 2021
An incredible video captured on the Spanish island of La Palma shows what officials have described as a lava “tsunami” traveling at “amazing” speed. The video, posted by the Canary Islands Volcanology Institute (Involcan) on Thursday, shows lava flowing out of the erupting Cumbre Vieja volcano. The volcano, which is […] 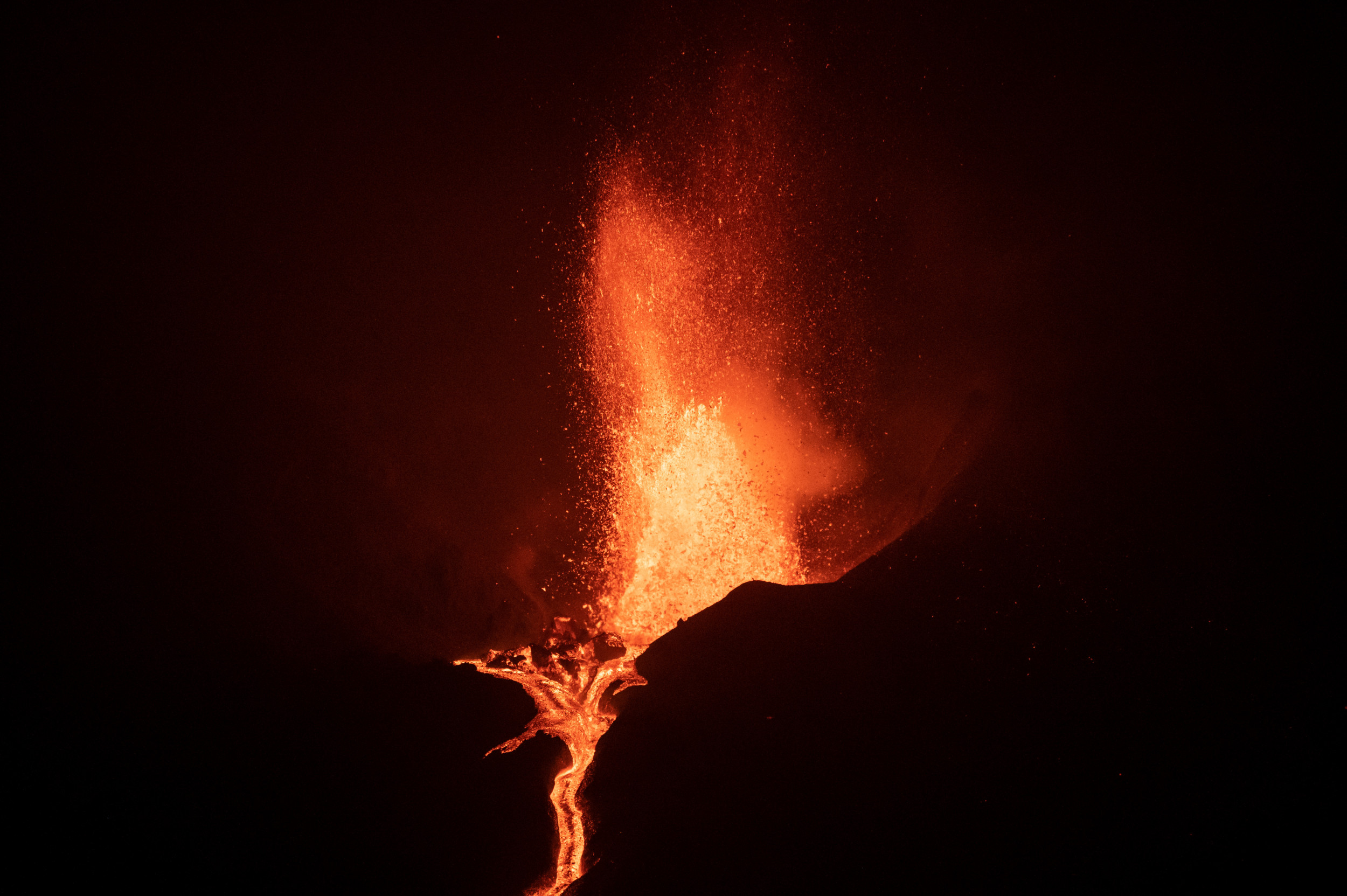