Sep 24th 2021 Few settings are more dramatically enticing than hotels. They offer the possibility of fresh starts, of chance encounters, of sex, of death. They set up contrasts: between the guests, who are united in their choice of accommodation but wildly different otherwise; between the visitors and the staff; […]

Few settings are more dramatically enticing than hotels. They offer the possibility of fresh starts, of chance encounters, of sex, of death. They set up contrasts: between the guests, who are united in their choice of accommodation but wildly different otherwise; between the visitors and the staff; and between a hotelier’s smiling, helpful disposition and their real opinions. Many screenwriters have recognised this potential and set their work in establishments ranging from the down-at-heel to the upmarket. Two recent series, “The White Lotus” and “Nine Perfect Strangers”—set in a luxury resort and a wellness retreat respectively—demonstrate the allure anew.

While hotels promise freedom from your humdrum life, they can also be claustrophobic. This encroaching sense that there is no world outside the hotel, and therefore no escape, creates the tension necessary for both horror and comedy. One of the most celebrated horror films of all time, “The Shining”, takes place in a hotel during the off-season; one of the most beloved British sitcoms, “Fawlty Towers”, is set in a seaside inn. In “The Shining”, the horror stems from the eerie lack of other people, but in “Fawlty Towers”, the opposite is true as Basil, the curmudgeonly proprietor, finds the presence of other people horrifying. John Cleese has said that producers weren’t that keen on the setting at first, but that he convinced them it was the only suitable venue for the irascible protagonist: “It’s in the hotel that the whole pressure cooker builds up.”

“The White Lotus” creates a mood of claustrophobia. It is played to comic effect when Rachel (Alexandra Daddario) and Shane (Jake Lacy) plan a romantic boat trip but end up spending the outing with another guest who wants to spread her mother’s ashes. But there is malice, too, as tension builds between Shane and the manager, Armond (Murray Bartlett). In “Nine Perfect Strangers” one guest knows that the woman running the resort had an affair with her ex-husband. As in a prison drama, friction increases by virtue of the characters’ constant proximity to one another.

In “Delirious New York: A Retroactive Manifesto for Manhattan” (1978), a reflection on the urban design and architecture of the city, the architect Rem Koolhaas discussed the importance of hotels in Hollywood. A hotel relieves “the scriptwriter of the obligation of inventing a plot”; it is its own “cybernetic universe with its own laws generating random but fortuitous collisions between human beings who would never have met elsewhere.” Will Wiles, who wrote “The Way Inn”, a dark novel set in a bland motel, has echoed that sentiment. The confines of these places make them “a vast generator of coincidences”, he has said, and “chance meetings and coincidences are the very stuff of plot”.

For a returning drama series, the structure saves writers a great deal of work. “It is genuinely the easiest way to write television, I think,” says Tony Basgallop, who created “Hotel Babylon”, a British show which aired between 2006 and 2009. “I’ve never found an easier circumstance that gives you that many options.” The single location focuses the action, and the writer can move the characters around like puppets without needing to explain why they are in a particular place. “In a hotel it’s so fluid that everyone just kind of drifts around to wherever you want,” Mr Basgallop says.

Both “The White Lotus” and “Nine Perfect Strangers” juxtapose the immaculate, expensive surroundings with individuals’ inner turmoil. The people in “Nine Perfect Strangers” have travelled to Tranquillum House to address their afflictions, whether grief or addiction, but continue to conceal their secrets. (Tony, played by Bobby Cannavale, has done something truly awful—a misdeed that forces its way out.) In the paradisiacal resort in “The White Lotus” Rachel realises that her marriage is suffocating her. Mark (Steve Zahn), who considers himself heterosexual, wonders what it might be like to have sex with a man. By placing a character in a new environment, a screenwriter is able to disturb their usual routine or patterns of thought; characters make different decisions or perhaps begin to imagine a new life for themselves.

A hotel room is a “separate moral universe”, Tom Stoppard once said. It is a site for reconnection or for anonymity, where any trace of you will be swept away once you check out. Hotels lend themselves to fights, farce, reconciliation and revenge. No wonder so many writers have checked in. ■

Sat Sep 25 , 2021
The owner of the Nativ Hotel building in downtown Denver has filed for Chapter 11 bankruptcy protection in an effort to slow the foreclosure process — and a nightclub operator currently facing heat from the city wants to move in. KDA Properties LLC said in its Wednesday filing that it […] 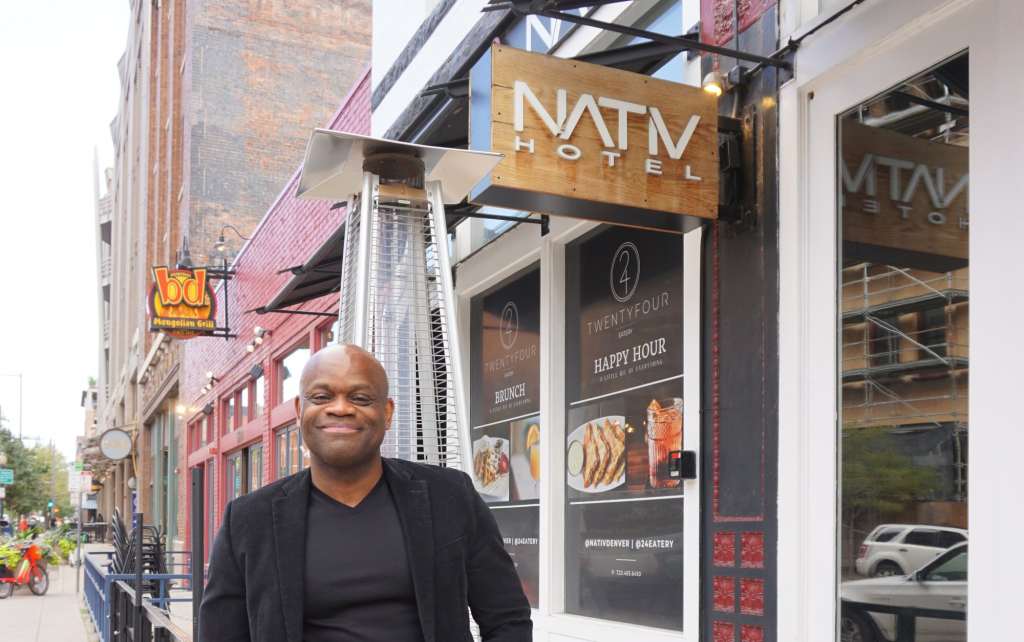